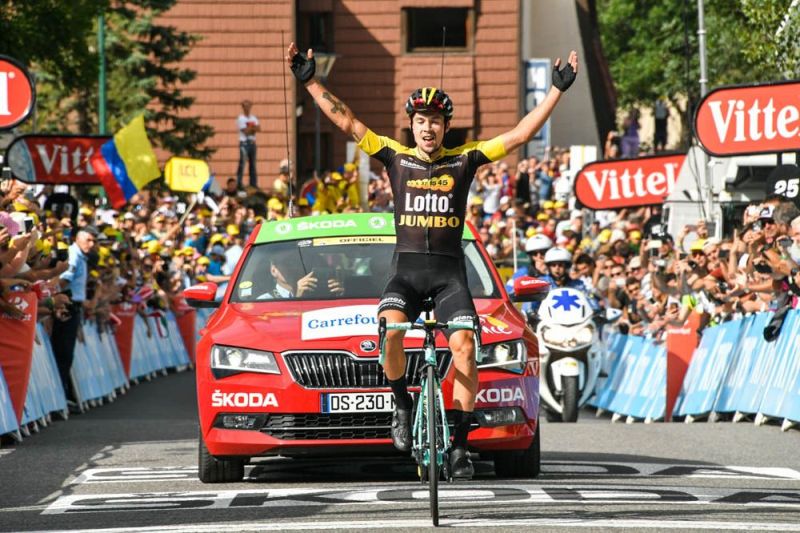 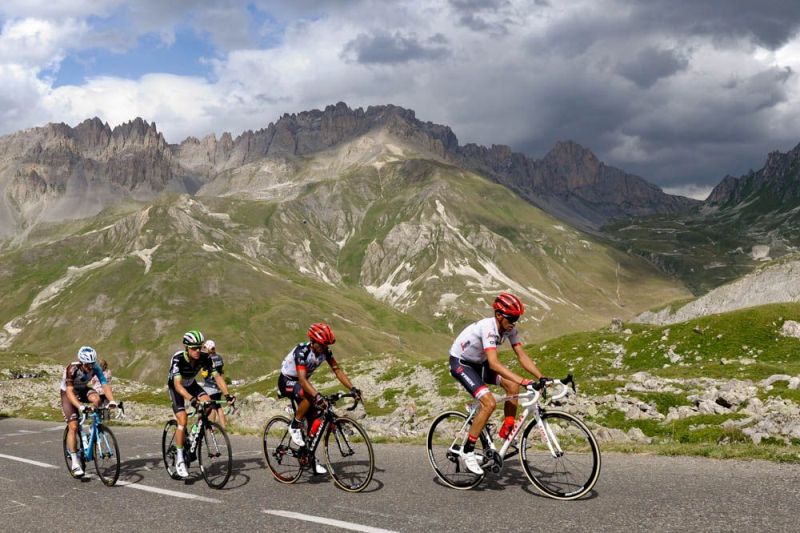 Chris Froome came home third to stretch his overall lead to 27 seconds as Rigoberto Uran moved up to second and Fabio Aru dropped to fourth, with Romain Bardet remaining third.

Slovenia’s Roglic, 27, was junior world ski-jumping champion in 2007 but switched to cycling in 2012.

“To win a stage, I’ve dreamt about it many times,” said Roglic, whose girlfriend and family were at the finish of the Tour’s ‘Queen stage’, which started in La Mure.

“It’s crazy, incredible. There are no words. Right now I cannot really form all these feelings. Later probably I will know how big it is.”

He was part of an initial 33-man breakaway that was whittled down to just six riders when Roglic attacked solo 6.4km from the summit of the hors category Col du Galibier, which at more than 2,600 metres above sea level was the highest point of this year’s Tour.

He crested the climb, 28km from the finish in Serre-Chevalier, with a lead of just over a minute and half on a group of chasers including the top contenders.

On the descent, Roglic easily managed his lead while a five-man chase group developed, including Froome.

But Italian Aru, who started the day second at 18sec, had been dropped by an acceleration from Bardet just before the Galibier summit and he was chasing desperately to limit his losses.

Uran took second, 1min 13sec behind Roglic, to snatch six bonus seconds that moved him up to second, on the same time as Bardet.

Froome also took four bonus seconds for finishing third to help increase his lead, and he revealed he was congratulated by French President Emmanuel Macron at the finish.

“It’s a great honour to be congratulated by the president, it’s also a very good thing for the Tour and the sport that he came here,” said Froome, 32.

“My legs are better than in the Pyrenees, today I felt good. I think also for tomorrow, we have the finish on the Col d’Izoard which will be very, very difficult.”

Aru came in 31sec later to drop to fourth at 53sec ahead of Thursday’s second straight Alpine stage with its brutal finish at the summit of the imposing Col d’Izoard.

Up front, Roglic proved the strongest of the breakaway riders despite the presence of twice former Tour winner Alberto Contador, who couldn’t follow the Slovene’s acceleration on the Galibier.

Further down the mountainside, Bardet and Ireland’s Dan Martin put in a succession of attacks that split up the yellow jersey contenders.

Briton Simon Yates was one of the first to struggle and eventually lost a couple of minutes to see his lead in the young rider’s competition ahead of South African Louis Meintjes cut to 2min 28sec.

Aru was the next to struggle with the succession of accelerations, firstly by Martin but then several times from Bardet.

The Frenchman went over the summit with Froome, Uran and Warren Barguil for company while Mikel Landa, the yellow jersey’s Sky team-mate, caught them on the descent.

Behind, Aru kept losing time, with Yates dropping even more on the rapid drag downhill to the finish.

Earlier in the stage, Colombian climber Nairo Quintana had been distanced on the first category Col du Telegraphe, the twice runner-up continuing to struggle during this year’s Tour having raced May’s Giro d’Italia.

He dropped out of the top 10, with Contador moving back up to ninth and Barguil 10th.

Meanwhile German sprint king Marcel Kittel pulled out before the halfway point of the stage after crashing in the first 20km.

Kittel had won five stages during the race and held the sprinters’ green jersey, which has now passed to Australian Michael Matthews, winner of two stages himself. – Agence France-Presse