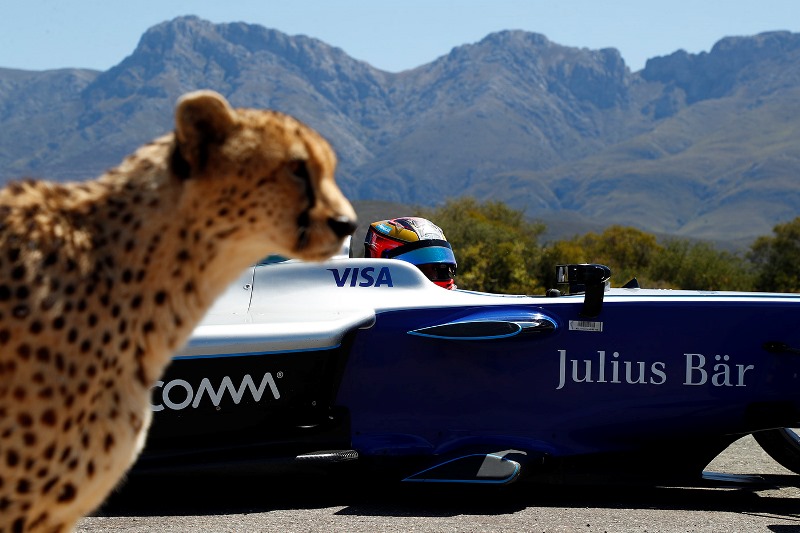 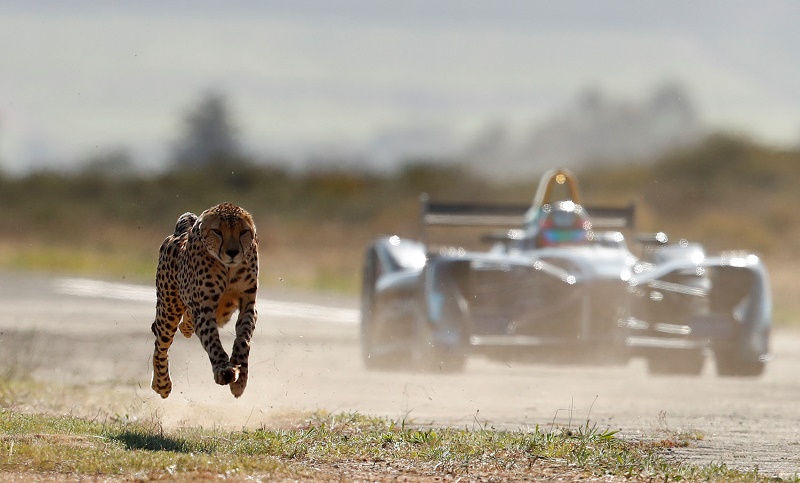 The fully-electric Formula E car took a walk on the wild side, lining-up against a cheetah in a head-to-head race to highlight the impact of climate change on a species under threat.

Both sleek and agile machines, on four legs and four wheels, sat side-by-side on a landing strip in a remote part of the Western Cape on the southern tip of Africa, to see which is quicker off the mark in a drag race.

The world’s fastest land animal and the Formula E car both reach speeds of 0-100km/h (60mph) in approximately three seconds. Who’ll come out on top between TECHEETAH driver Jean-Eric Vergne and a cheetah on home soil?

To watch the race and see who wins, visit: https://www.youtube.com/watch?v=8-9oFxYFODE

The Montreal E-Prix race winner and the cheetah were pitted against each other ahead of the new season of the FIA Formula E Championship to bring attention to the disastrous effects of climate change and the danger it poses to the natural habitat of cheetahs and other wildlife.

Formula E aims to provide a solution. It’s more than just a race on the track, the series is a catalyst for change – to accelerate the uptake of electric vehicles on a global scale and making our society cleaner for future generations.

There are now just 7,000 cheetahs remaining in the wild. The species is wide-ranging and sparsely distributed and needs large landscapes to survive, making it particularly vulnerable to habitat loss and fragmentation – threats that are exacerbated by a changing climate.

The film was overseen by conservations experts and animal welfare organisations, and is released in partnership with Animal Issues Matter, Cheetah Outreach and Endangered Wildlife Trust.

Alejandro Agag, Founder & CEO of Formula E, said: “We knew the similarities in performance between the Formula E car and a cheetah, so we were curious to see the outcome. But, what’s even more important is to determine the outcome for the future of not only us, but the cheetah and other animals we share our planet with. We only have one planet and we must address the issues we currently face from the source and electric cars can play a key role in reducing C02 emissions worldwide. It was a close race… I won’t spoil it and give away the end result. You’ll have to watch the video to see that!”

Jean-Eric Vergne, Montreal E-Prix race winner and TECHEETAH driver, said: “Both the TECHEETAH Formula-E Team and I want to be part of raising awareness for the wider impact that climate change has on our planet. We do it mostly by showcasing and developing our electric cars across the world throughout the Formula E season, but we wanted to do more outside of the race track.

“There are only around 7,000 cheetahs still living in the wild and we have a strong desire to raise awareness for the main threats they face, such as illegal trade of cubs for pets, loss of prey due to habitat loss and fragmentation aggravated by climate change. I’m really proud to have participated in this film and stay tuned for some exciting news to come following the documentary.”

Tune-in to watch Formula E in more familiar surroundings for the season-opener on the streets of Hong Kong, taking place over the course of two days on December 2 & 3.