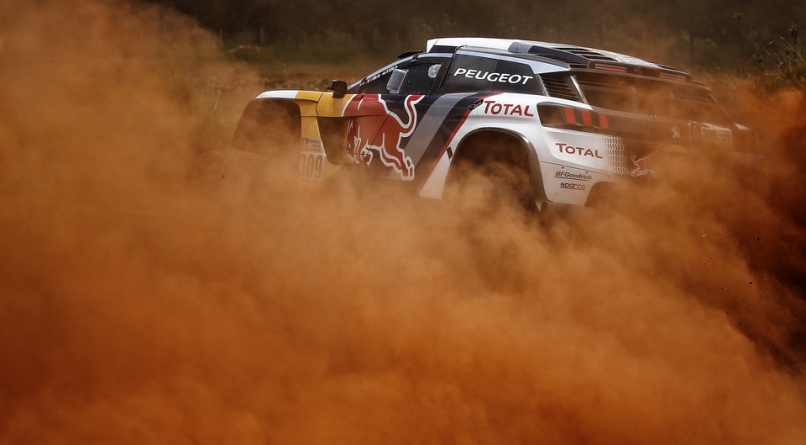 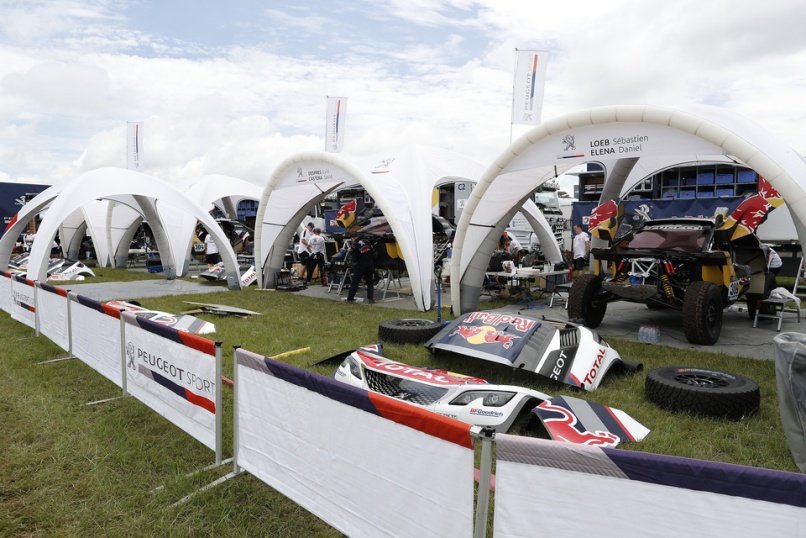 With just hours to go before the start of the 2017 Dakar on Monday, January 2, in Asuncion, Paraguay, Team Peugeot Total has its sights set on a repeat of the triumph it secured on the 2016 event.

Stéphane PETERHANSEL, Carlos SAINZ, Cyril DESPRES, Sébastien LOEB and their respective co-drivers are eager for action to kick off in their brand-new PEUGEOT 3008DKRs which face a total distance of some 9, 000km and potentially one of the toughest Dakars on record.

“Our shakedowntest enabled us to finetune the last few details and finish the preparation ofour cars and spares. It was also a good opportunity for our drivers to findtheir marks before the start. We succeeded in ticking off all the jobs thatwere on our list but you can never claim to be completely ready for the Dakar, simply because you never know what the event is going to throw at you. Theweather is always a key factor, of course, and it looks like it will beunsettled for the first few days, with a cocktail of storms and heat. Thatcould play a big role and we are naturally also wary of the two other factoryteams we face this year, namely Mini and Toyota. We are perhaps a little warierof the latter due to the changes to the balance of performance regulations whichaffect the diesel turbo and petrol engines. It is also represented by somestrong crews so the competition promises to be fiercer than ever. The event islikely to be highly complex, too, as a result of modifications to the navigationregulations.”

“I think wehave worked well all year and stacked up as many cards in our favour aspossible, both on the human and technical fronts. This event is neverstraightforward, of course, but I don’t feel under any particular pressure. Ijust want to get started! My aim is to have fun driving the new PEUGEOT 3008DKRwhich has changed in several areas compared with the 2008DKR. That’s a goodthing because the Dakar has become more of an out-and-out sprint than a desert marathon.I am curious to see what the effect of spending so much time at high altitudesin Bolivia will be. That’s something that will be new for everyone. Having airconditioning will be a plus. It was very hot and humid during our shakedowntest but the system fulfilled its role perfectly. It’s great to have it, interms of both comfort and performance.”

“We havethe speed. After all the work we have done this year, I can’t wait to getstarted here in Paraguay. I think we have worked in the right direction withthe 3008DKR. It appears to be more reliable than last year’s car and perhapseven a little faster despite the engine air restrictor we have had to fit tocomply with the regulations. It’s difficult to have an opinion about the routesince we only have a global overview for the moment. We will just have to bepatient because you never really know what the Dakar is going to throw up. Everyoneseems to think the stages will be hard and my experience tells me to becautious.”

“I’mdelighted to be taking part in the Dakar on four wheels for the third time, andfor the 17th time in total. I feel a little more reassured because Iam beginning to get a really good feel for the car. Winning last summer’s SilkWay Rally and running at the front of the field on the Rallye du Maroc gave mea chance to explore its limits even more. I feel in great shape, both mentallyand physically. I have less experience than the others on four wheels so Iparticularly appreciate the fact that the 3008DKR has been made even morestable thanks to the work that has been done on the chassis and suspension. It’sa factor that is perhaps less critical for my team-mates but it’s important formy confidence. The stages will naturally be a huge challenge, with high altitudesin Bolivia, followed by sand dunes and bush in Argentina during the second week.It’s got the makings of being a hard Dakar for the co-drivers, too. Thewaypoint controls are a fresh parameter they will quickly need to get a graspof.”

“Last year, practically everything about the Dakar was new for Daniel and me. We tended tobe stronger on the tracks and trails but there was room for improvementwhenever we strayed off road. We consequently worked very hard during 2016, especially on the Silk Way Rally which brought us some valuable experience lastsummer. I hope that will be enough for us to be competitive both on the WRC-stylestages and off road. Compared with the 2008DKR, the PEUGEOT 3008DKR is globallya little better in every area. A great deal of work has gone into the engineand suspension, as well as into the car’s electronic systems to cure the minor issueswe had from time to time last year. The engine has improved but we will bepenalised by the air restrictor dictated by the latest technical regulations. Thatsaid, we still have plenty of suspension travel to be able to soak up the roughterrain and travel at speed over rough ground. I feel quite relaxed but I amacutely aware of the fact that the Dakar lasts two weeks and there will nodoubt be plenty of surprises. We therefore need to stay focused and take eachday as it comes. We will try to do our best all the way and we’ll see what sortof result that lands us at the finish…”

HOW TO RECOGNISE THE FOUR 3008DKRs…

The four3008DKRs can be recognised by their competition number and the colour of thestrip on the air intake over the cockpit: