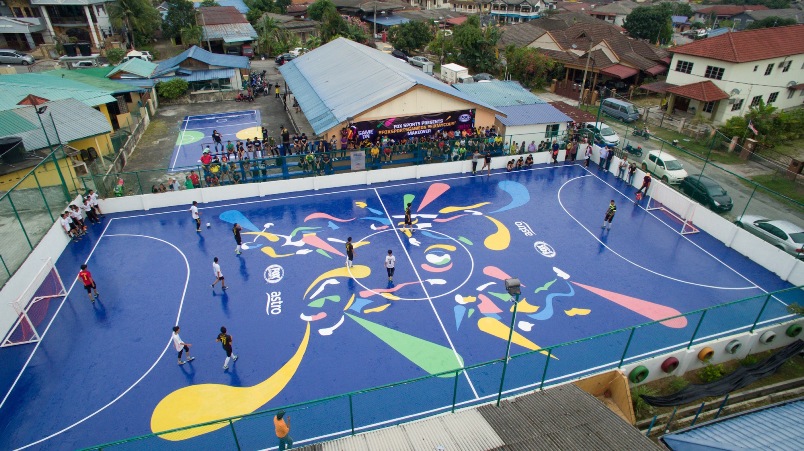 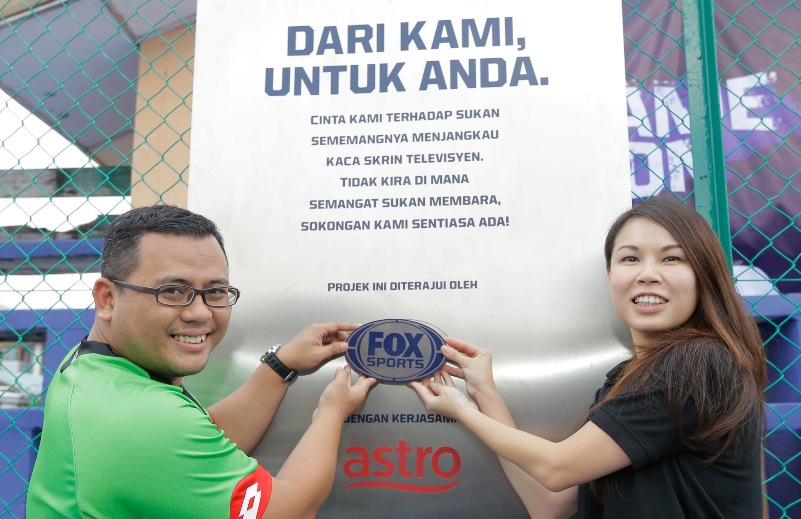 This community-driven initiative started in December 2015, whereby FOX Sports Malaysia called upon the Malaysian public to submit photos of run-down courts around the Klang Valley that required revamping, via Instagram.

In addition to giving back to the community, FixMyCourt aims to grow passion for sports beyond television, as well as support and promote local sports development. In July, FixMyCourt won the gold award at Marketing Magazine’s Loyalty & Engagement Awards 2016 for the Best Use of CSR category.

Vineet Puri, Territory Head (Malaysia) of FOX Network Groups said, “At the very core of the FixMyCourt initiative is the love for sports. At FOX Sports, our mission is bringing sports broadcasts from all over the world to Malaysians, but we also know how important it is to nurture and support the passion for playing sports, not just watching it. One of the factors that help stoke that passion is accessible and well-maintained facilities. That is why we embarked on the FixMyCourt campaign.”

In March of this year, the first court, in Kampung Segambut Dalam was revamped. The immediate success and positive impact on the community spurred FOX Sports to extend the initiative and called for submissions once again in April.With the added support from Astro,a leading content and consumer group in Malaysia and Southeast Asia,three new locations were selected for thePhase 2 make over, from 62 submissions.

The encouraging response was a result of a digitally-led campaign, with the submissions coming from FOX Sports fans on Instagram.

“We are proud to partner with FOX Sports Malaysia in the FixMyCourt initiative. At Astro, we believe that sports plays a vital role in uniting people and FixMyCourt is a terrific campaign to build communities that love to play and watch sports,” remarked Lee Choong Khay, Vice President of Sports Business at Astro.

In addition to the futsal court in Kampung Selayang Permai, two other courts in Petaling Jaya and Taman Kosas, Ampang were given the FOX Sports treatment. The playing surfaces were all leveled and given a fresh coat of vibrant paint. The nets and fencing around the courts were also replaced, along with the lights – allowing for extended use of the courts, into the night.To further facilitate activity on the courts, the local sports councils were gifted with new sports equipment.

“We are thankful to FOX Sports and all the people who submitted our court for refurbishment. The Kampung Selayang Permai community have been wanting a refurbished court for quite a while now and when the community was contacted by FOX Sports, we were extremely happy. We know that the community will make full use of this court moving forward. It will help with the development of sports and further include others who are interested to pick up sports, not just in the community but all across Selangor and Malaysia,” YB Tuan Haji Amiruddin Bin Shari said.

“Speaking from a wider perspective, we hope this initiative spurs the interest and love for sports in other parts of Malaysia. Sports development and involvement in Malaysia is a responsibility that should be shared across the country and if each of us do our bit, we can definitely make a difference. We recognise that sports is one of the few things in the world that cuts across race, religion, language, gender and culture to unite people,” added Vineet.