Home 2020 From go kart to WTCR for Tassi 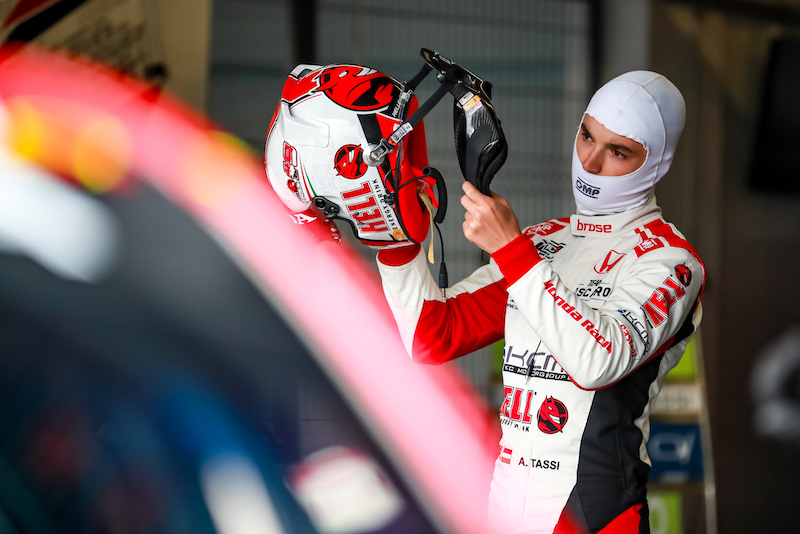 Attila Tassi was never destined to be a racing driver. There was no previous family involvement, while ice hockey satisfied his competitive instincts from the age of five. But two events triggered a change of direction for the boy from Budapest, as he tells host Martin Haven in part one of his WTCR Fast Talk podcast presented by Goodyear.

A “very big crash” on his BMX bike left him with a fractured skull and parents hoping he’d consider an alternative pursuit. Around the same time, a family holiday − to the Abu Dhabi Grand Prix of all things − gave him the opportunity to try a go-kart for size. It was the start of his motorsport adventure that will continue in 2020 when he joins Honda-powered ALL-INKL.DE Münnich Motorsport for a second season in the WTCR − FIA World Touring Car Cup, as team-mate to Tiago Monteiro.

“There was a go-kart track next to the Abu Dhabi circuit,” Tassi remembers. “I always watched the Formula One so I started doing some laps [at the kart track]. We ended up there from the afternoon until 2am. When we came back to Hungary, we searched the best championships [to compete in] and I [claimed] two amateur championships in go-kart. But we have this very good rule in Hungary that if you do this test, you can start doing championships at the age of 12 in the Suzuki Cup.”

Looking back on his first race nine years on, the self-belief that belied his young years then is still much in evidence now − and clearly played a part in Honda signing him as an official driver for 2019.

“My parents and also my team expected I would be very excited and make some mistakes but that’s just not my style,” says Tassi of his first racing weekend in 2012. “I never get too excited luckily because there are some moments if you are too excited you can make mistakes easily. I got spun around, but we calculated in our race strategy that the first race would be very tricky with no experience and lots of cars around you. But quite soon it was quite manageable.”

Tassi needed pillows under his seat and pedal extensions in order to take to the track in his Suzuki Swift, prompting concerns from his parents that he might be out of his depth. “When I was a kid, I always watched Formula One and I wanted to try something else [other] than hockey,” says Tassi. “My parents were scared [of racing more than] they were scared of the hockey and the BMX. At that stage I didn’t think how big the risk was but every sport has a risk to damage yourself. But if you do what you love that’s the best I think.”

Success in Suzukis came quickly for Tassi and before the 2015 season was up, he’d made his debut in the SEAT León Eurocup. After three seasons in TCR, which included finishing runner-up to Jean-Karl Vernay in the 2017 TCR International Series driving for the team co-owned by his hero Norbert Michelisz, Tassi was ready for the WTCR, a series he joined full time for 2019 in a KCMG Honda.

“I wanted to be a Formula One driver but when I was growing up, seeing the opportunities and realising Hungary was a much smaller country, [I realised] Formula One is going to be very, very hard,” says Tassi, who turned 21 last week. “And I couldn’t reach the pedals in the formula car, which I tested once at the Hungaroring.

“Dávid Bari [co-owner of M1RA] came to my house with Norbi, they said what they could offer and when you have Norbi, who is my idol in Hungary, I wanted to follow him, work with him and learn from him. It was a very big opportunity, once in a lifetime and you never know what you will have afterwards. I finished P2 behind Jean-Karl.”

Attila Tassi’s WTCR Fast Talk podcast presented by Goodyear, the WTCR’s official tyre supplier, and hosted by Martin Haven is available in two parts at FIAWTCR.com and other outlets from 12h00 CET today (17 June) with part two from 12h00 CET on 19 June. Click here to listen or follow this link: https://www.fiawtcr.com/wtcr-fast-talk/