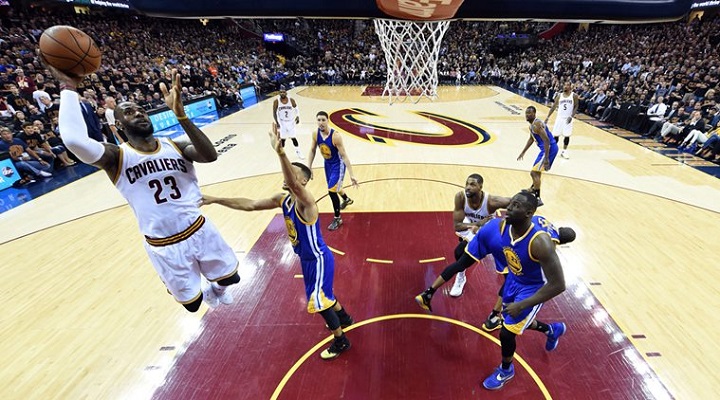 Stephen Curry’s frustrations over foul calls boiled over in a stinging NBA Finals loss to Cleveland that saw the Golden State star guard ejected for the first time in his career.

And in the wake of the defending champion Warriors’ 115-101 loss to the host Cavaliers on Thursday, they face a winner-take-all title showdown Sunday on their home court to decide a best-of-seven series deadlocked at 3-3.

“Everybody has got to stay confident, stay in the moment,” Curry said. “I like our chances in game seven to have everything click at the right time and win this thing.”

Curry, the NBA Most Valuable Player and scoring leader, scored 30 points but fouled out for the first time since 2013. He was upset at being called for the last two fouls that he hurled his mouthpiece into the stands in anger, earning banishment to the locker room.

“I usually aim at the scorer’s table. I was off,” Curry said. “I definitely didn’t mean to throw it at a fan, but it happened. I went over and apologized to him because that’s obviously not where I was trying to take my frustration out.

“But the last two fouls I had, I didn’t think I fouled either Kyrie or LeBron. That’s just kind of my perception of the plays and I had a reaction to it.

“It was obviously frustrating fouling out in the fourth quarter of a clinching game and not being out there with my teammates. So it got the best of me, but I’ll be all right for next game.”

Curry walked back to the locker room and collected himself, uncertain of what to do next.

“I just sat in my chair. I’ve never been ejected before, so it was a weird feeling,” Curry said. “It was just frustration and I thought it was kind of hilarious the way the last two fouls and me blowing up kind of unfolded, and some of the things that were said out there.”

Warriors coach Steve Kerr backed Curry and ripped officiating that he said allowed some players to be more physical than the league MVP.

“Let me be clear, we did not lose because of the officiating. They totally outplayed us and Cleveland deserved to win,” Kerr said. “But those three of the six fouls were incredibly inappropriate calls for anybody, much less the MVP of the league.”

“As the MVP of the league, we’re talking about these touch fouls in the NBA Finals. Everybody’s competing out there. There are fouls on every play. It’s a physical game. If they’re going to let Cleveland grab and hold these guys constantly on their cuts and then you’re going to call these ticky-tack fouls on the MVP of the league to foul him out, I don’t agree with that.”

Curry also endured trash talk from LeBron James after the Cleveland star blocked one of his shots late in the game, but Curry said James will not intimidate him or psyche him out.

“However he wants to celebrate or whatever he wants to do to take in that moment, it is what it is,” Curry said. “I stay aggressive, don’t let that try to get in my head.” – Agence France-Presse