Home Football US into Copa last four after Dempsey strikes 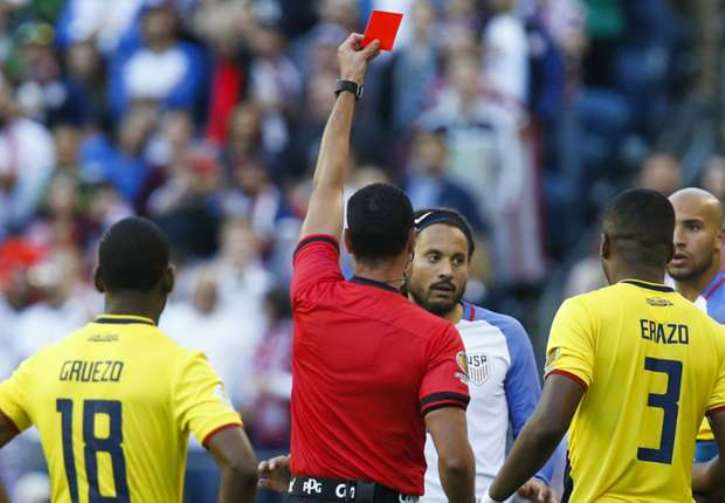 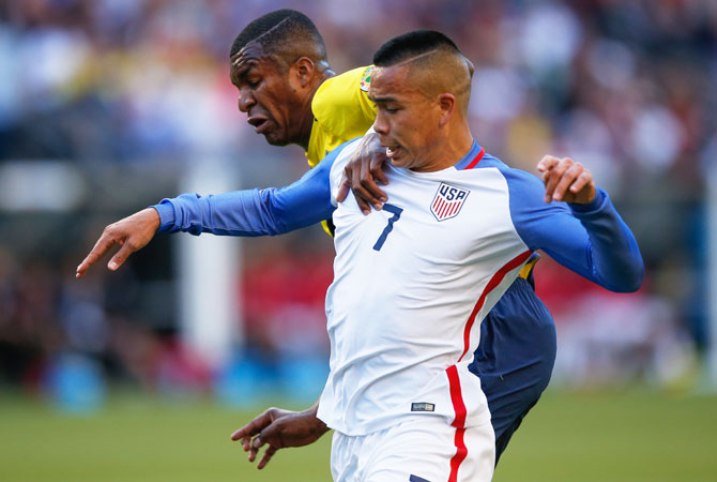 Clint Dempsey struck again as the United States powered through to the semi-finals of the Copa America Centenario on Thursday in a stormy 2-0 win over Ecuador that saw both sides finish with 10 men.

Dempsey scored his third goal in as many games for Jurgen Klinsmann’s side at CenturyLink Field, pouncing on 22 minutes before setting up a second for Los Angeles Galaxy forward Gyasi Zardes in the 65th minute.

Michael Arroyo pulled a goal back for Ecuador in the 74th minute to set up a frantic finale, but the US held on and will now face either Argentina or Venezuela in the semi-finals in Houston next week.

Man-of-the-match Dempsey said the hosts were determined to extend there stay in the tournament beyond the semis.

“Hopefully we can keep going, we’re in the semi-finals of a major tournament so we’re happy,” Dempsey said.

“You don’t get many opportunities to go all the way in a major tournament and that’s what we’re trying to do.”

But the victory came at a cost for Klinsmann’s side, as key midfielder Jermaine Jones was sent off early in the second half to earn a suspension which will see him miss the semi-final.

Klinsmann was furious at the manner of Jones’ dismissal, which he branded “an absolute joke.”

For Ecuador, Manchester United’s Antonio Valencia was dismissed after picking up two yellow cards before triggering the melee which led to Jones’ dismissal.

Earlier, a cagey start had seen both sides begin tentatively before Jones and Michael Bradley steadily imposed themselves in midfield as the US started to gain the upper hand.

Wood’s speed troubled the Ecuador defense on 17 minutes, when he darted onto a low pass only to prod his finish well wide of the advancing Alexander Dominguez.

Yet five minutes later the US took the lead with a beautifully worked goal that began when Dempsey gathered in midfield and released Wood, who fed Jones near the edge of the area.

The midfielder picked out Dempsey with a superb cross and the former Tottenham and Fulham stalwart duly headed home.

Bedoya almost doubled the US lead three minutes before the break when played through Dempsey, yet Dominguez saved smartly down to his left.

The South Americans had a strong shout for a penalty when Enner Valencia was bundled over by Stoke City’s Geoff Cameron, and the West Ham striker also went close with a glancing header in the 48th minute.

Three minutes later the simmering nature of the contest boiled over, when Antonio Valencia, booked for a sly kick on John Brooks in the first half, picked up a second yellow for clattering into Bedoya.

In the skirmish that followed Jermaine Jones appeared to flick Valencia in the face with a hand and earned a straight red from Colombian referee Wilmar Roldan.

With both sides down to 10 the game opened up dramatically but it was to be the US who struck first.

Dempsey latched onto a long ball forward and showed great determination to cut back for Zardes, who had the easiest of tap-ins at the far post for 2-0.

Ecuador laid siege to the US goal and in a frantic finish saw manager Gustavo Quinteros given a red card from the touchline. – Agence France-Presse