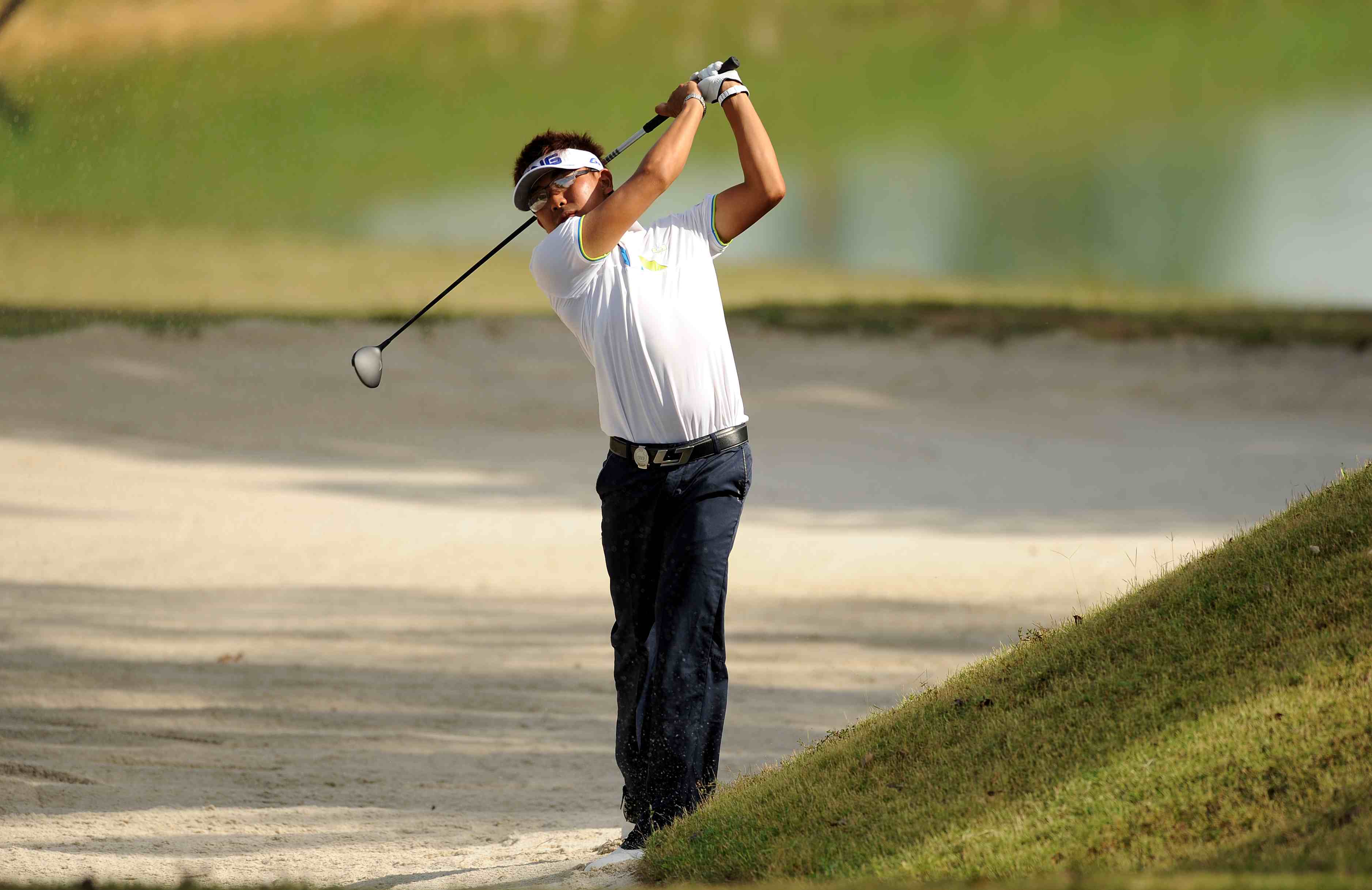 Reigning Asian Development Tour (ADT) Order of Merit champion Nicholas Fung hopes to recover from a fever in time to contend for the PGM Sabah Championship which starts on Wednesday.

Fung, who hails from Sabah, has set his sights on winning the RM250,000 (approximately US$80,000) ADT event where he will spearhead the local charge alongside Abel Tam, Arie Irawan and Ben Leong, who won on the domestic circuit two weeks ago.

ADT hopefuls American Brett Munson, Pavit Tangkamolprasert of Thailand, England’s Peter Richardson and Nils Floren of Sweden, who occupy the top-five on the current ADT Order of Merit, will also feature at the Sabah Golf and Country Club in Kota Kinabalu.

Other notable contenders include Grant Jackson of England, James Byrne of Scotland, American James Bowen and Ye Jian-feng of China, who will be amongst an international cast ranging from over 16 countries.

Despite feeling unwell, Fung is determined to pull through the week and get his game back in shape.

“I’ve been running a temperature since yesterday but I will try my best to play well this week. Hopefully I can get well before the tournament starts. I am definitely hoping to do well in front of the home crowd,” said the 24-year-old Fung, who represented Team Asia at the inaugural EurAsia Cup presented by DRB-HICOM earlier in March.

“I haven’t played well in the last month or so as I was trying new equipment which didn’t really fit my game. I’ve decided to revert to my old equipment, which has previously yielded success, this week,” added Fung.

Fung was the toast of the 2013 season when he claimed a victory, three second place results and three other top-10s on the ADT to emerge as the Order of Merit champion.

“I’m pretty satisfied with how I’ve played on the Asian Tour so far this season, missing only one cut in five starts. I’ve gained a lot of experience playing on the ADT last year and it has helped my game a lot. I hope to get my good form back this week to prepare myself for the Asian Tour event in Chinese Taipei. I’m looking forward to the second half of the season,” said Fung.

The top five players on the Order of Merit at the end of season will secure Asian Tour cards for 2015.

The PGM Sabah Championship, 15th leg on the ADT schedule this season, is one of the 12 ADT events held in Malaysia this year.