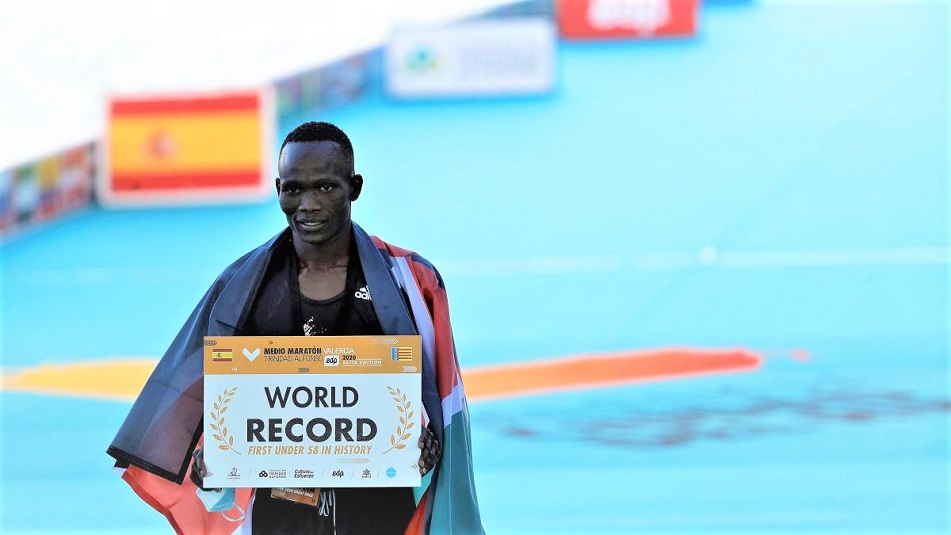 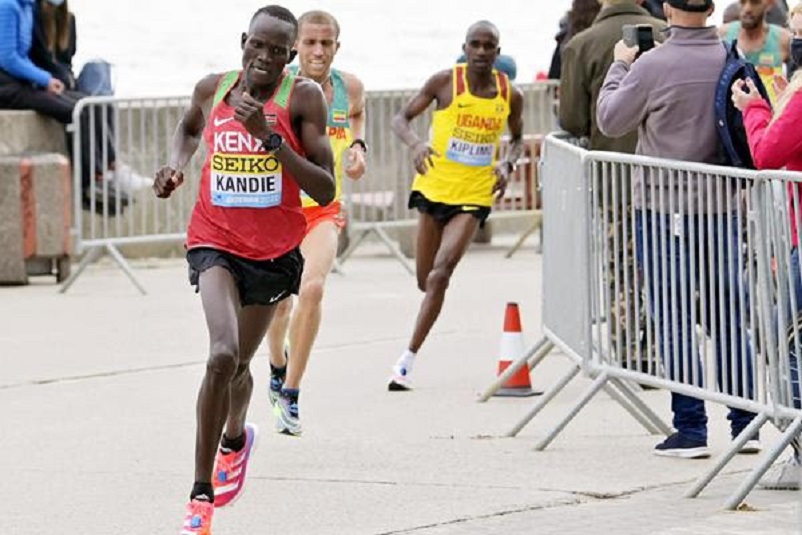 When organisers of the Valencia Marathon Trinidad Alfonso EDP announced the high calibre field they had attracted for their 6 December event, expectations were high that an assault on Geoffrey Kamworor’s 58:01 world record would be a very real possibility.

After all, the field included an impressive ‘big three’: Jacob Kiplimo, the freshly-minted world champion for the distance; Kibiwott Kandie, the silver medallist at the world championships behind the Ugandan; and Rhonex Kipruto, who broke the world 10km road record in Valencia in February.

The trio did not disappoint. Out fast from the gun, the trio blazed through five kilometres in 13:37 and 10 in 27:25, well ahead of world record pace and well on their way to the finest half marathon race of all time. In the end it was Kandie who controlled much of the race’s latter stages and eventually prevailed, powering to a stunning 57:32 performance to smash the previous record by a mind-boggling 29 seconds.

Kiplimo, second in 57:37, Kipruto, third in 57:49 and fourth-place finisher Alexander Mutiso, who clocked 57:59, all ran faster than the previous world record. Indeed, running in near-ideal conditions, those four men redefined the limits of the 21.1 kilometre race.

“You could say this race (in Valencia) was revenge,” said Kibiwott, who smashed the world mark in his fourth half marathon of the year. “After the world championships, I went home, and I have been focusing on this race ever since.

“I was very motivated for this race after losing at the World Half Marathon. At that race, I pushed a lot but Kiplimo won so I said to myself ‘In Valencia, I have to beat Kiplimo and break the world record’.”

When Kibiwott Kandie began his 2020 campaign, there wasn’t much in his CV to indicate that he would end the year as the fastest half marathon runner in history.

He did manage a few notable performances in 2019, winning the Lille Half Marathon in 59:31 in August and finishing third in New Delhi in October, clocking 59:33.

But a real breakthrough didn’t come until 15 February of this year, when he burst into national prominence after winning the notoriously difficult Kenyan cross-country title, defeating Geoffrey Kamworor, among others, in the process. Six days later he made his first international splash after taking down an impressive field to win the Ras Al Khaimah Half Marathon in 58:58.

When the coronavirus pandemic and subsequent lockdowns around the world put a stop to his momentum a few weeks later, he spent the next six months training as his name stood atop the yearly world list in the event. It’s remained there since.

He returned to competition at the Prague 21.1 on 5 September, where he impressed, largely running alone en route to a 58:38 victory, to move up to fifth on the world all-time list. While his run on that hot Saturday morning in Prague’s Letna Park was overshadowed by Peres Jepchirchir’s women-only world record, it was clear that the rising talent would be a force at the rescheduled World Half Marathon Championships in Gdynia, Poland, one month later.

He performed admirably in the northern Polish city, running aggressively at times, taking his turn with the lead as he battled Kiplimo until the final stages. Kiplimo prevailed in 58:49, five seconds ahead of Kandie, who nonetheless led Kenya to the all-important team title while announcing himself as a fierce racer not afraid to take command of a race or of pushing the pace.

That was on display again in his rematch with Kiplimo on Sunday in Valencia, but this time that aggressive style of running took on a more experienced and confident tone, one that brought the event into a new era.

“At the start of this year, I started to think about having a record,” said Kandie. “I didn’t know whether it was going to be the half marathon or maybe 10km, but I said to myself ‘I have to break a record this year’. And then the epidemic destroyed everything, all my racing plans.

“But I never gave up; I carried on training knowing that one day there would finally be a race.”