Home News Others Gaerne announced as sponsor of WorldSBK 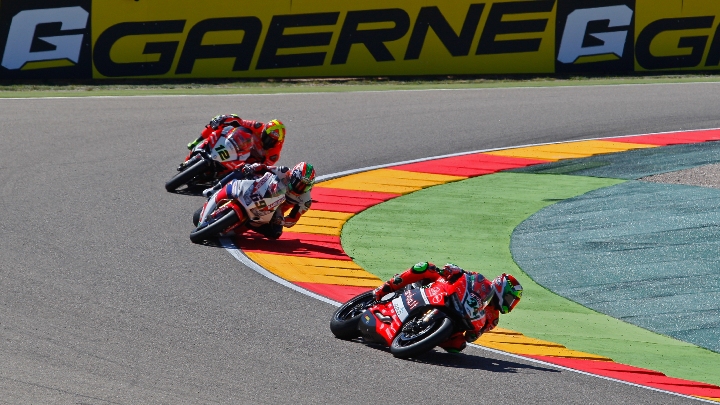 Dorna WSBK Organisation (DWO) is delighted to announce a new sponsorship agreement with Gaerne, the Italian producer of high quality, high-performance motorcycle boots. The agreement between Gaerne and DWO will see the Italian brand feature on and off track in WorldSBK across the full calendar, giving the company unrivalled exposure both trackside and in the paddock of the world’s top production motorcycle racing Championship.

WorldSBK is a buzzword for pure motorsport performance and the philosophy of Gaerne matches perfectly that of World Superbike, with a devotion for racing, motorcycling and attention to detail that takes quality and passion from the start line to the finished product. With some riders in the WorldSBK paddock counting on the Italian brand to partner them at top speed, the extension of the links between World Superbike and Gaerne is a perfect next step.

“We are proud to sponsor the Superbike championship,” said Marta Gazzola, Marketing Manager of Gaerne. “We will have the opportunity to consolidate the relationship between Gaerne and the spectators who recognize and love the most authentic of Italian technical boots, made in Italy for more than 50 years, the same traditions with which the company and its numerous affiliates and clients around the world identify.”

“We are delighted to have such a close bond with a manufacturer of quality products such as Gaerne, who share our philosophies in WorldSBK,” added Marc Saurina, Commercial and Marketing Director of WorldSBK. “Top level motorcycling is made possible through the synergy and cooperation of all those involved and WorldSBK is proud to count on sponsors such as Gaerne.”

The Gaerne name will be hitting top gear with WorldSBK next at the Autodromo Internazionale Enzo e Dino Ferrari in Imola for the Motul Italian Round from the 29th April to 1st May, as the 2016 MOTUL FIM Superbike World Championship fight starts to take shape.