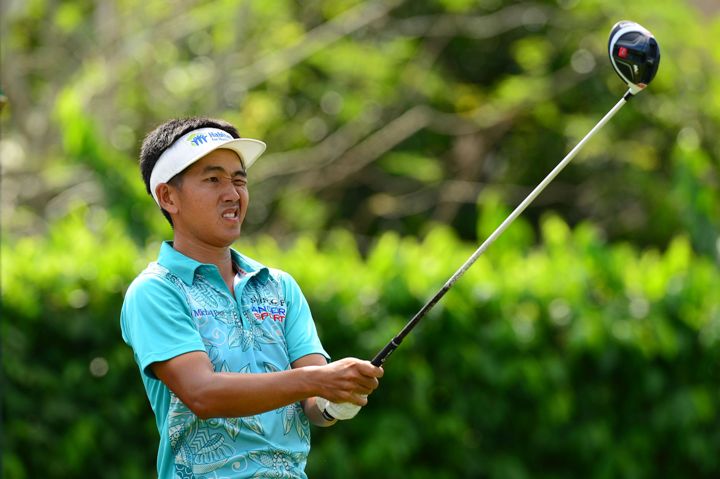 George Gandranata of Indonesia hopes to secure a second victory on the Asian Development Tour (ADT) when he tees off at the PGM Bukit Jawi Championship on Wednesday.

The 30-year-old Gandranata captured headlines when he became the first Indonesian to win on the ADT at the PGM LADA Langkawi Championship in March.

The victory was a huge confidence booster for the Indonesian and he hopes to repeat his winning feat at the RM200,000 (approximately US$46,000) event played at the Bukit Jawi Golf Resorts.

Gandranata will be joined by current ADT Order of Merit leader Pavit Tangkamolprasert of Thailand, Gavin Green of Malaysia, who has won twice on the ADT this season, Itthipat Buranatanyarat and John Michael O’Toole of the United States.

Gandranata won for the first time on the ADT since making his debut four years ago and will continue his chase for an Asian Tour card next season.

Currently ranked 12th on the Order of Merit, the Indonesian must finish inside the top-five on the final Merit rankings to earn a 2017 Asian Tour card.

“The win boosted my confidence that’s for sure. It is a good feeling to win outside of Indonesia because it means that I’m doing the right thing and hopefully I can achieve bigger goals,” said Gandranata.

“I need another win to finish inside the top-five on the Order of Merit or I need a lot of top-five results. You want to see the progress in your career and the win showed that I’ve improved. But now, it feels like it has been ages ago since I won so I need to put myself in contention again,” he explained.

With so many new talents breaking through on the ADT, Gandranata admits that he will need to work harder if he wants to add another title on his resume.

“People say it is easier to win your first title compared to your second but it took me four years to breakthrough! You can’t win every tournament. You play against 140 other guys who are as good or better than you.

“I realise that I have to keep improving because everybody is getting better. You need to be patient and work hard. Everybody looked at Casey O’Toole and what he did last year on the ADT and his performance on the Asian Tour this year and they know the ADT is a good place to start,” said Gandranata.

“So now, the competition is must stiffer on the ADT as compared to four years ago. You have so many new and young talents breaking through and it is that much tougher to win now. I’m glad I won but I won’t stop there. I’ll continue to work harder,” he added.

Like all other ADT events, the PGM Bukit Jawi Championship will offer OWGR points, which will be key for players vying to qualify for the Olympic Games in Rio de Janeiro this August.