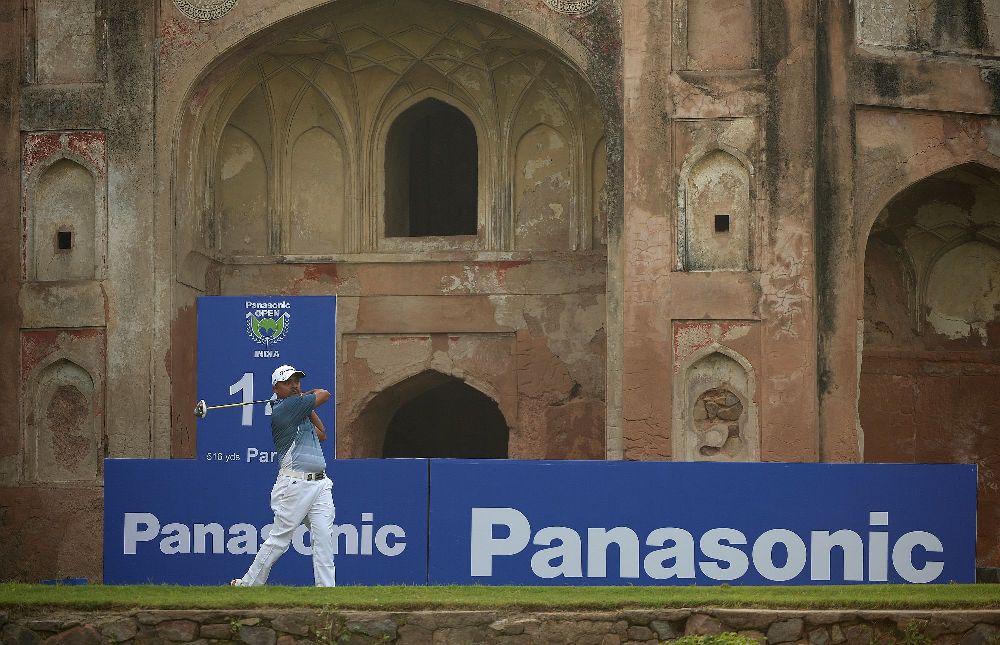 Rahil Gangjee of India maintained a two-shot lead at the halfway stage of the US$300,000 Panasonic Open India after shooting a four-under-par 68 on Friday.

The home favourite rode on a hot putter and accurate drives to emerge as the only player to return with double digits on 10-under-par 134 in the event sanctioned by the Asian Tour and Professional Golf Tour of India (PGTI).

Wade Ormsby of Australia, aiming to become the first player to successfully defend the Panasonic Open India title, rolled in five birdies to stay in the hunt following a 68 at the challenging Delhi Golf Club.

“You can’t take anything lightly on this golf course no matter how much you are leading by. Anything can happen but you can really go low on this course if you are hitting well, which I am doing at the moment,” said the 36-year-old Gangjee.

While many players choose not to use the driver at the tree-lined Delhi course, Gangjee used the big stick to great effect on the course which punishes wayward drives because of thick bushes surrounding the narrow fairways.

“The driver is one of my stronger clubs and that’s why I’m going to take it. I’m confident with it and I know where the ball is going to go. I’m going to do it over and over again. I’m the leader so I will definitely feel some pressure,” said Gangjee.

Australia’s Ormsby signalled his intentions to retain the Panasonic Open India title and will work on his putting to have a chance at contending for the title.

“I’m hitting the ball a lot of better than last year and that takes a lot of pressure off you when you play on this course. If I can putt better then I will be in pretty good shape. I’m going to work on that and I should be okay for the weekend,” said Ormsby.

EurAsia Cup star Siddikur, who is making a return on the Asian Tour after a lengthy back injury, opened with a 12-foot eagle putt before holing a thirty-footer putt from the edge of the eighth green for a second eagle.

“I’m not surprised with my position because my short game is really good. I’m confident with my putter. I’m not confident off the tees but when I’m on the green, I know I can hole my putts,” said Siddikur, who won the Indian Open here in 2013.

A confident Mithun, the son of Nandasena, a famous name on the old Asian circuit during the 1980s and 1990s, was delighted to be in contention for a first Asian Tour win on his favourite course.

“Once I come to this golf course, I have a lot of confidence because this is a golf course which I like playing on. When I play here, I play without any worry and maybe that’s why I always do well here,” said Perera.

Scores after round 2 of the Panasonic Open India 2014 being played at the par 72, 6983 Yards Delhi GC course (a- denotes amateur):