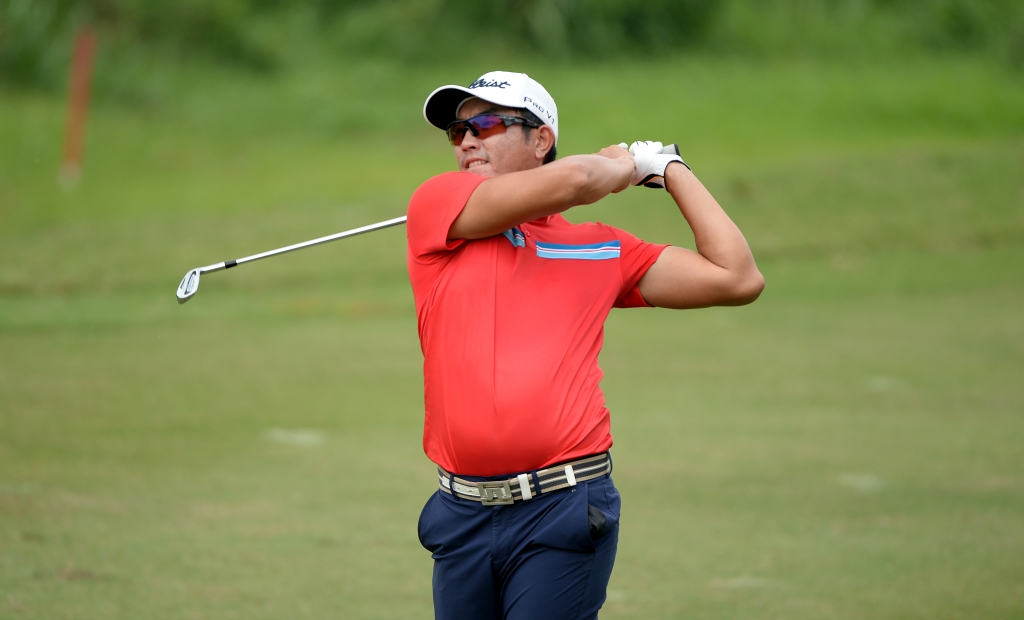 The PGM UMW Impian Championship, which is the penultimate event of the 2014 Asian Development Tour (ADT) season, will be decided over 54 holes, tournament officials announced on Friday.

Players will return to the Impian Golf and Country Club at 9.30am on Saturday morning to conclude their third and final rounds.

Second round leader Sattaya Supupramai of Thailand was on 11-under through seven holes while playing partner Ben Leong of Malaysia trails by two shots. R. Nachimuthu played eight holes in eight-under to stay on track to win his first ADT title.

“The tournament has been affected by several suspensions due to inclement weather throughout the week. As a result of the disruptions that we have suffered, we have taken the decision to reduce the tournament to 54 holes,” said Fritz Katzengruber, Tournament Director for the PGM UMW Impian Championship.

Two-time ADT winner Sattaya, who held a share of the opening round lead, extended his lead after finishing the second round on Friday morning and was delighted to be in contention.

“I told myself not to think so much out there. I played my own game. I felt my swing is getting better. It was a little off for the past few weeks but it’s much better now,” said the 30-year-old Thai, who enjoyed a top-10 result at the Worldwide Holdings Selangor Masters in September.

“I will keep to the same game plan and continue to do what I’ve been doing,” added Sattaya.

A total of 52 players will return on Saturday morning to complete the final round.