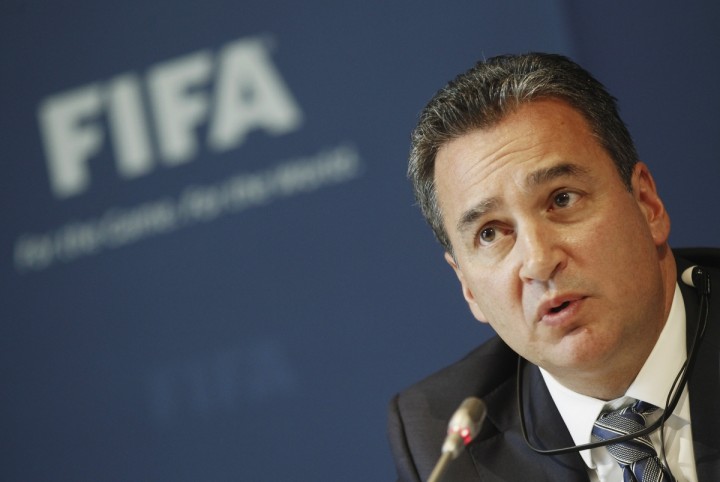 FIFA ethics investigator Michael Garcia criticised the organisation’s lack of transparency on Monday and urged it to publish his report into the bidding process for the 2018 and 2022 World Cups.

Garcia has written a report into corruption allegations concerning the attribution of hosting rights for the tournaments, but FIFA president Sepp Blatter says publishing it would compromise witness confidentiality.

“That’s a kind of system which might be appropriate for an intelligence agency, but not for an ethics compliance process in an international sportsinstitution that serves the public and is the subject of intense public scrutiny.”

The American lawyer added: “Transparency is not intended to embarrass certain individuals by airing dirty laundry or to harm the organisation by showing what went wrong. It’s the opposite.

“Where the institution has taken significant steps forward and made that progress, transparency provides evidence of that to the public.”

Russia won the right to host the 2018 World Cup and Qatar was awarded the 2022 tournament after a joint-bidding process that was overshadowed by accusations of corruption and horse-trading.

The IOC brought in stringent new rules on bidding following revelations of bribery concerning Salt Lake City’s successful bid to host the 2002 Winter Olympics, while the NFL has been strongly criticised over its sluggish investigation into star player Ray Rice’s assault on his fiancee.

“Look at the IOC, where allegations concerning Salt Lake City were investigated, and those results were published and the IOC moved forward,” Garcia said.

“On the other hand, where investigations have been opaque, problems and scepticism have lingered. We have seen that recently with the NFL, where a lack of transparency in its initial investigation concerning Ray Rice fostered scepticism and questions about the integrity of its leadership.