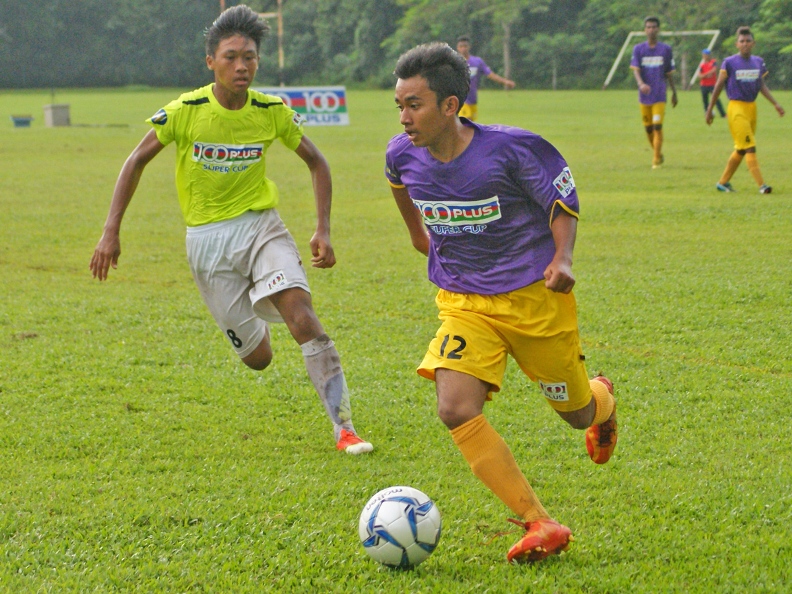 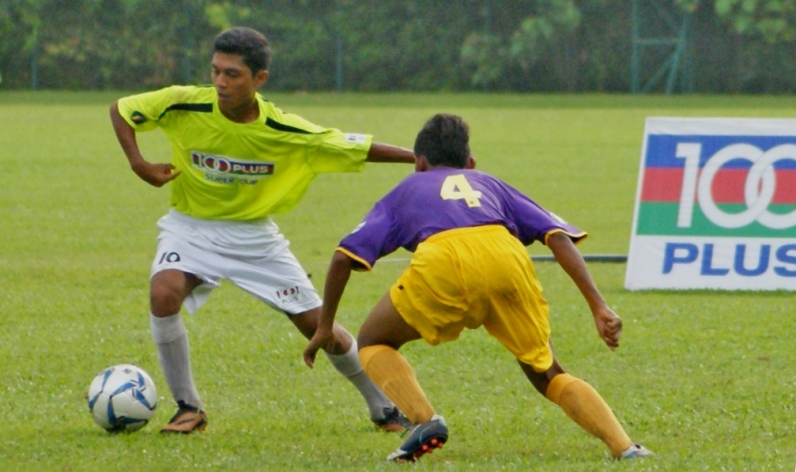 SMK Victoria of Kuala Lumpur will battle SMK Meru of Selangor for the right to be called the 100PLUS Super Cup champions tomorrow night in the final that will be played at the UUM Mini Stadium in Sintok.

In the semi-final matches that were played this afternoon, SMK Victoria dumped defending champions Penang Free School 1-0 while SMK Meru edged SMK Kampong Chengal of Kelantan 2-1 to make it an all Klang Valley final this year.

“We have a strong tradition in this competition and we would like to maintain it for sure,” said SMK Victoria coach Azlan Khamis. “For the final, I just want the players to play their normal game and not get too affected by the burden of expectations.”

Penang Free School was full of confidence when they took to the field this evening as they pressed the visitors hard at the start. But SMK Victoria was a tad more patient as they waited the chance to pounce.

And it came just before the half hour mark when M. Kavishkumar struck home.

On the other hand, SMK Meru had to fend off a late onslaught from SMK Kampong Chengal before they were able to book their place in the final. Muhammad Shawal Fitri Mohd Rodzi found the back of the net after 25 minutes before Mohd Zulhilmi Mohd Zaki doubled the advantage just five minutes later off a penalty.

SMK Meru stepped off the gas somewhat in the second half and in the 52nd minute, the Kelantan side was also awarded with a penalty that was converted by Mohammad Amaruddin Azman.

But the fight back was just a tad too late as SMK Meru maintained their composure at the back to win the tie.

“It will be an interesting final for sure as both teams are from the Klang Valley,” said Hisham Abas, the head coach of SMK Meru. “But their playing style is definitely different from ours and as such we have to prepare well.

“It is our first ever final and we are certainly looking forward to it.”

004 – Muhammad Khairu Anuar Khazali (No.8 in green and white) from SMK Victoria up against Penang Free School’s Muhd Khairil Hairul Azman (No.12 in purple / yellow)