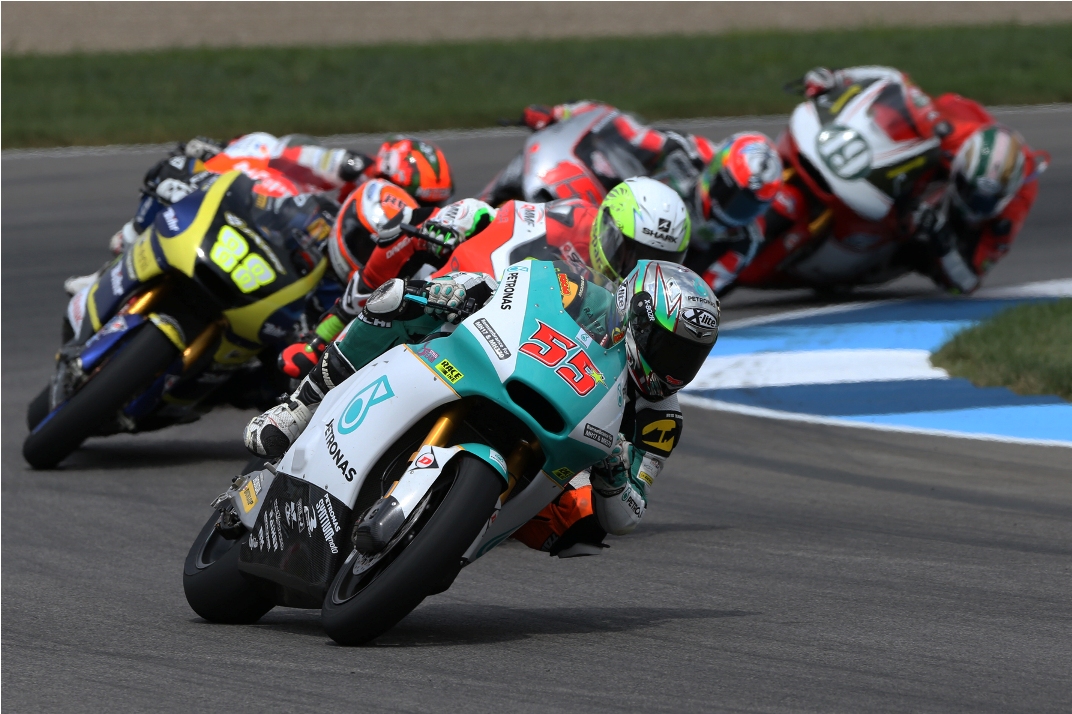 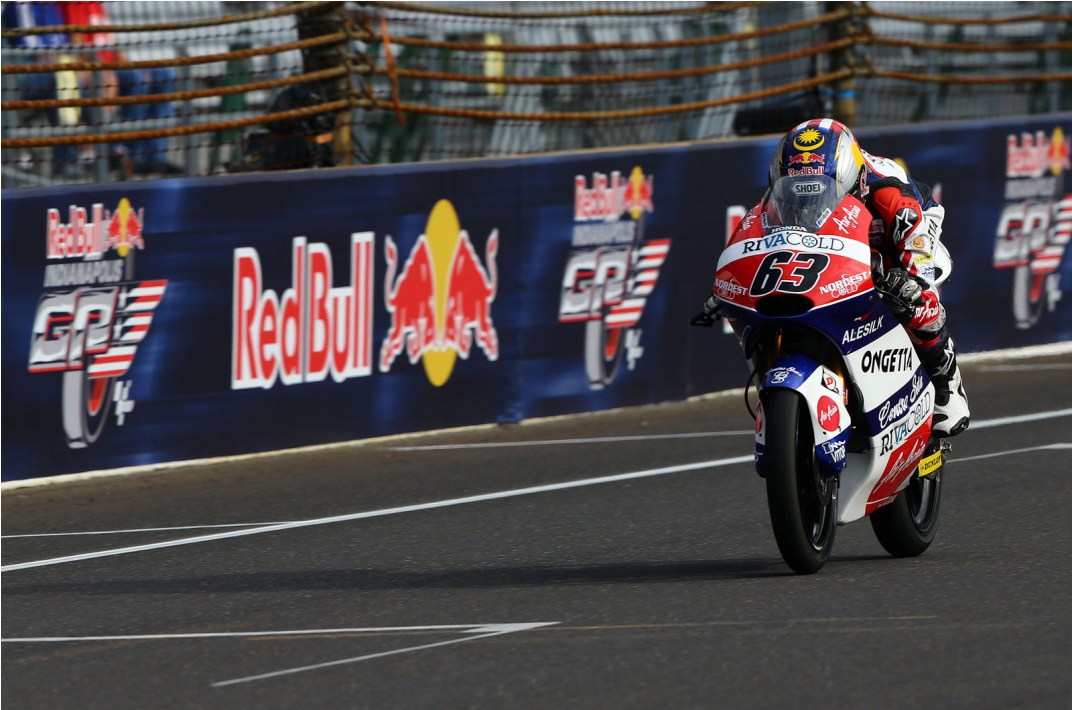 An impressive showing from Hafizh Syahrin Abdullah at the Grand Prix of Japan in Motegi yesterday is in an indication of bright prospects for the Malaysian rider in the upcoming Shell Advance Malaysian Motorcycle Grand Prix at Sepang International Circuit (SIC) from Oct 24-26.

Hafizh took a creditable eighth place in Moto2 while Zulfahmi looked good for a strong Top 10 finish in Moto3 until an incident mid-way through the race ruined his chances and saw him finish within the points in 14thplace.

While Zulfahmi expressed disappointment at the incident which he said took away his momentum to challenge for a Top 10 finish, a relieved Hafizh commented that he was happy to see the chequred flag.

“I was so relieved at the end as my back was in so much pain. But, I did not want to give up. So, I kept going despite the pain. My bike was performing beautifully and that allowed me to overtake the other riders. This is a great day for me, for the team, for PETRONAS and for Malaysia,” he said.

Meanwhile, Moto3 rookie Amirul Hafiq Azmi displayed good form to battle back from 29th place on the starting grid to finish a commendable 18th. Malaysia’s other championship rider, Azlan Shah Kamaruzaman was 24th in the Moto 2 race, which was won by former 125cc world champion Thomas Luthi from Finland.

Razlan said: “I am confident their good performance in Motegi will spur them even more when they compete at home in Sepang in two weeks. With the local support, they are capable of anything, just look back at in 2012 when Fahmi took second place in Moto3 and Hafizh finished fourth in Moto2 when he was riding as a wild card entry. Now, with almost a full season under his belt, Hafizh will be even stronger in Sepang.

For the record, there will be a total of six Malaysian riders on the grid including wildcard entries, Mohd Ramdan Mohd Rosli and Muhammad Hafiza Rofa. Both will compete in Moto3.

“The Sepang race this year will definitely be very exciting especially for the Malaysian fans. It will be something no Malaysian fan will want to miss,” he said, adding that ticket sales have been overwhelming.

“I strongly advise fans to get their tickets now. For the last two years, our tickets were sold out,” he added.

In another positive development at Motegi yesterday, Muhammad Syafiq Rasol secured his second consecutive podium win after finishing second in the Shell Advance Asia Talent Cup, which was a support race. In the previous round in Sepang, Syafiq also finished second.

“I would like to congratulate all our Malaysian riders, Syqfiq included, for their success in Motegi. I am confident they will perform even better at our home race,” said SIC Chief Executive Officer, Datuk Razlan Razali.

The Shell Advance Asia Talent Cup will also be held in Malaysia as a support race. Seven young talented Malaysians, including Syafiq will be competing in this support event.

Commenting on his race in Motegi, Syafiq expressed his delight in scoring his second successive podium and that he was looking forward for the next two races in Sepang to compete at home.

“I would like to thank SIC and the Youth and Sports Ministry for their support to us in the programme. I would also like to thank the team for providing with a very strong machine to challenge the more favoured Japanese riders. We are the underdogs but we showed we could challenge them on their home ground,” Syafiq said.

The Sepang event would also feature Round 5 of the Malaysian Super Series (MSS) bike competitions as support races.

Before arriving in Sepang for Round 17, the world championship heads to Phillip Island in Melbourne.