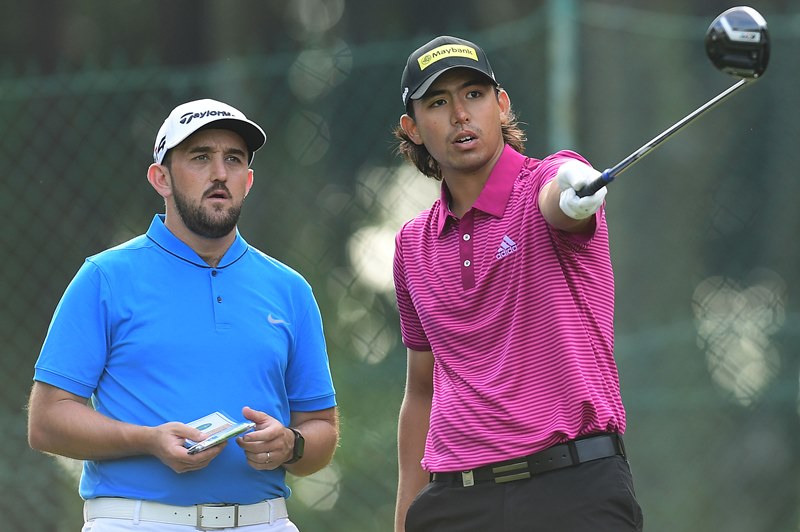 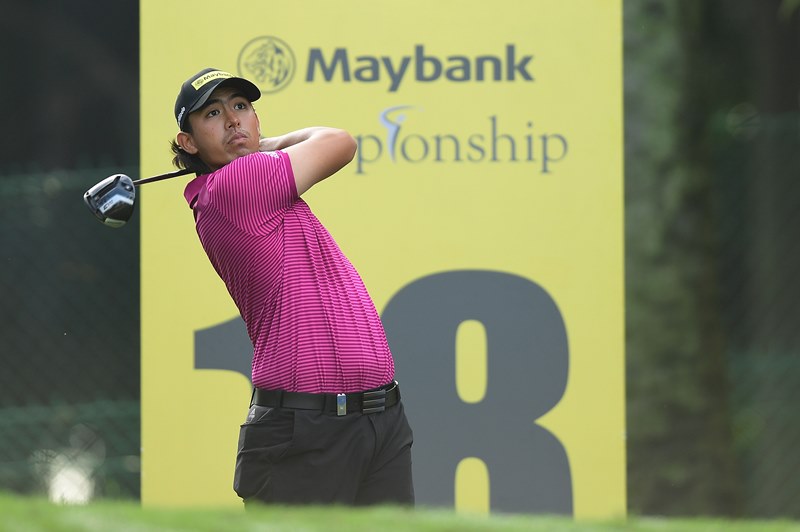 Reigning Asian Tour number one Gavin Green of Malaysia will have a more experienced caddie on his bag when he contends at the US$3 million Maybank Championship which starts on Thursday.

The big-hitting 24-year-old will team up with Mark Crane of Scotland, who previously caddied for Paul Casey and Chris Wood and has the experience of caddying in Majors and in the Ryder Cups.

Gavin and Crane worked together for the first time in Dubai last week and will continue their partnership at the Saujana Golf and Country Club where they will face an elite field which includes Henrik Stenson of Sweden and an in-form Li Hao-tong of China, who won last week.

Gavin’s father Gary, who previously caddied for him, will now be on the bag for his younger brother Galven, who will arrive in Malaysia early Thursdaymorning before teeing it up in the first round at the Maybank Championship.

Green started his 2018 season in Malaysia at the EurAsia Cup and flew to Singapore where he enjoyed a top-10 finish. In the following week, he travelled to the Omega Dubai Desert Classic where he came in tied-45th.

Newly-crowned Asian Tour winner Paul Peterson of the United States is also riding high on confidence after winning in Myanmar last week which propelled him to the top of the Order of Merit ranking.

The 30-year-old American is bracing himself for the humid weather in Malaysia after struggling in the heat in Singapore earlier this month.

India’s Shubhankar Sharma, who had a stellar 2017 season where he finished four top-10 finishes and enjoyed his first Asian Tour and European Tour victory at the Joburg Open. The 21-year-old will enter the Maybank Championship with good memories after finishing tied ninth last year.

The last 12 months have been a huge learning process for me. Patience is obviously a huge thing in golf, I know everybody says it but it is true. If you don’t have patience, there is no way you will reach success.

This is my fourth week in a row and I’m resting as much as I can. I’m hitting it a little bit better as compared to EurAsia Cup so that’s good. I know this course well. I think everybody will have a tough time on the greens.

My game has tightened up and I have been working really hard with my coaches. I feel I’m mentally and physically prepared. Definitely there’s a chance (to win) but I need to stay patient and handle the pressure of playing in front of the home crowd.

I’m working with a new caddy.  We started working together in Dubai last week. His name is Mark Crane (Scotland) and it has been working well so far. He is here this week. He caddied for Paul Casey, Chris Wood and he has experience of being a caddy in the Ryder Cup and Majors.

We are trying to get comfortable with each other and so far, it has been good. It is a different chemistry because I had my dad on the bag previously. He understands that you can’t attack all the holes. You got to play it on the safe side, get your par and get out of there. For example, on hole number two. You want your par and get out of there. It is such a tough hole, so why make it tougher? Make it as simple as possible. Somebody of that level telling me that is a different thing. He had an injury and he was out for a while. Now he is on my bag.

Life has changed a lot for me. Two years ago, I had to work very hard to save my card and last year I was very determined in the beginning to get off to a good start. I did start very well with three top-10s including a tied ninth result at the Maybank Championship. That finish here pretty much kick-started things for me because it was my first top-10 on the European Tour and it gave me the confidence. I think that led to the win at the Joburg Open as well because I had the feeling that I belong here.

I feel much relaxed this week. I played in Abu Dhabi and Dubai in the last two weeks and I made cuts in both events. I’m feeling really good about my game and I have good memories here.

I’m going to enjoy myself because I’ve been missing all the fun I had on the Asian Tour. The conditions this week will be the same like the last two weeks in the Middle East. It will be hot and humid. It feels like I’m coming back to ‘home’. I’ve played this course before I don’t have to really learn anything new.

(On people branding him the next Indian rising star) I have no pressure, it is just more motivation for me. There have been people before me who have done better or won Majors at my age. There have been a lot of people who have achieved much more at my age so it is something that I can look forward to. I just want to keep putting myself in contention. It motivates me a lot more.

My goal would be to finish top-five here. My game still feels solid from last week and my energy is where I want it to be. I was so exhausted in Singapore but I like where my game is at and I just want to keep this momentum going.

I was on the east coast before Singapore Open so I struggled with the drastic change in weather coming to Singapore, which is one of the hottest places I have been to.

I was actually very surprised that I struggled in Singapore because I was playing well all through the end of last year and Sentosa is one of my favorite courses.

It’s nice to have everything come together, my wedges feel good and I have been hitting a lot of fairways and greens. This course is longer than last week, there are a couple of holes that are tricky, like the second hole and the 14th. But I think I will still be provided with a lot of opportunities to make birdies and if I take advantage of all the par fives and minimize mistakes it will be a good week.

I hope that having a bit more time practising in Singapore and Myanmar has prepared me for the weather this week. Just keeping myself hydrated and drinking lots of coconuts.