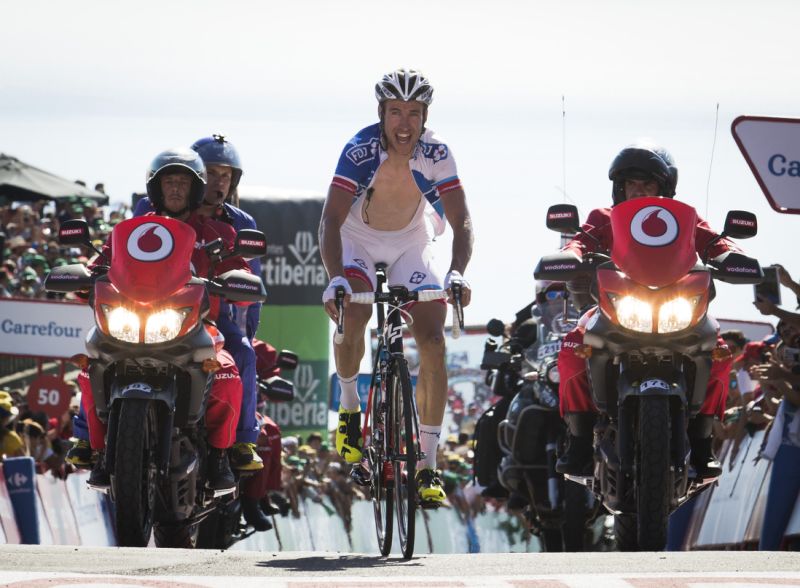 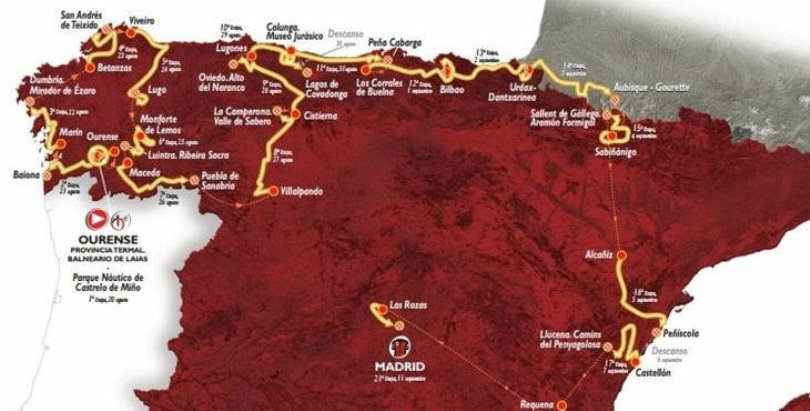 France’s Alexandre Geniez stormed to victory on stage three of the Vuelta a Espana on Monday as Ruben Fernandez moved into the overall lead.

Geniez took the 176.4km stage from Marin to Dumbria in just under four-and-a-half hours with Fernandez in second and his Movistar teammate Alejandro Valverde third.

Tour de France winner Chris Froome finished fourth to rise to third in the overall standings, but it was another day to forget for three-time Vuelta champion Alberto Contador.

Contador is looking to match Roberto Heras’s record of four Vuelta wins on home soil but, having lost 52 seconds in the opening stage time trial, finished 28 a further seconds behind red jersey rivals Froome and Valverde.

Valverde moved ahead of Froome thanks to four bonus seconds for finishing third on the stage, to go second overall, seven seconds behind Fernandez.

Geniez had been part of the breakaway group from early on in the stage and broke clear on his own up a punishing final climb, the first of 10 summit finishes over the 21-stage Tour.

“A win after such a finish is more satisfying,” said Geniez.

Fernandez raised his arms in celebration as he crossed the line, appearing to be unaware that Geniez had beaten him to the finish by 21 seconds. However, the Spaniard wasn’t left without reward as he took over the leader’s red jersey.

“My goal here was working for Nairo and Alejandro. However, I was told in the finale to ride by myself…and here we are, wearing red and the leader’s jersey in my second Grand Tour,” said Fernandez.

“I celebrated out of pure joy, because of the general classification lead; by the earpiece I was told I would sit first overall after the stage…I couldn’t be happier.”

Froome looked in trouble at one stage as teammate and previous race leader Michal Kwiatowski was dropped on the final climb, but the Briton worked his way back through the field to ensure his quest to become the first man to win the Tour de France and Vuelta in the same year since Bernard Hinault in 1978 remains unharmed.

Astana, who won last year’s race with Fabio Aru, suffered a huge blow when their main general classification rider Miguel Angel Lopez suffered a heavy crash eight kilometres from the end and needed to be guided to the finish by his teammates. – Agence France-Presse