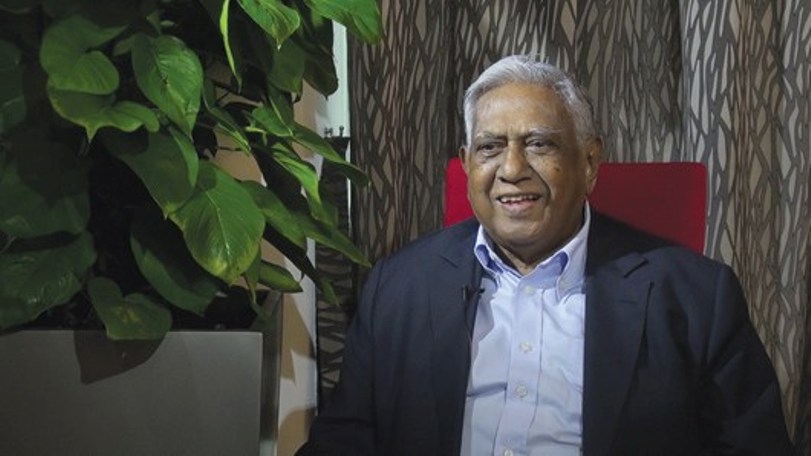 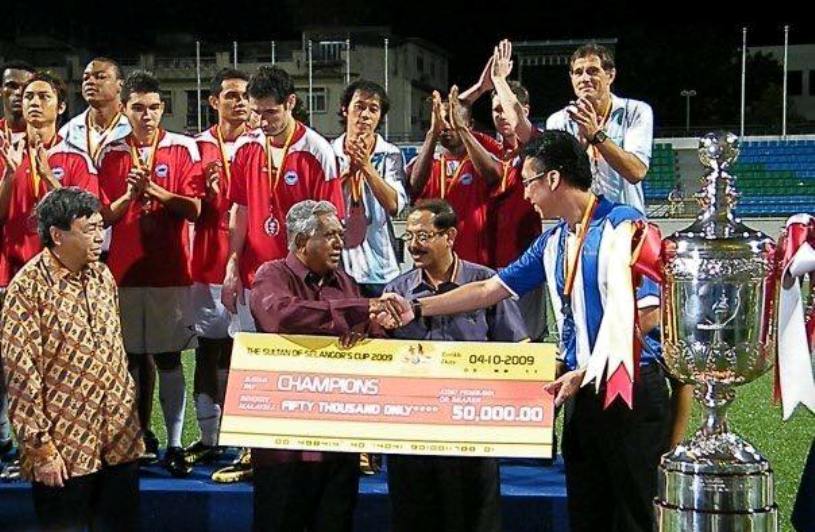 SPORTS and football seriously and sadly moaned the loss of Singapore’s longest-serving president S.R. Nathan (above, with the Sultan of Selangor at the annual Singapore-Selangor iconic match).

President Nathan, who turned 92 last month, had suffered a stroke on July 31, and was in critical coma condition. He died at Singapore General Hospital on Monday night. He was Singapore’s sixth and longest-serving president, occupying the highest office from 1999 to 2011.

He was, to use a sporting term, an inspiring all-rounder, as he had a distinguished 60-year career in public service that took him through the worlds of trade unions, security and diplomacy.

But his personal attachment to the Lions (nickname for national football team) roared in his post-death tributes as players, coaches, managers and the fans saluted his fiery contributions to the world’s No 1 sport.

Former Singapore skipper Baihakki Khaizan wrote over FACEBOOK: “One president who attended our games regularly and one president who remembered each of our names. Honoured to have you as our die-hard fan, Sir. You’ll definitely be missed.”

President Nathan showed football was in his blood with his presence at every big match at Jalan Besar Stadium (home of Singapore football) and the SportsHub, even after retirement.

When I met him at these football dates, he’d reiterate to me that he admired the Lions as the team offered the most motivating semblance to national spirit, in rallying the younger generation to use football and sports as a positive vehicle towards community building.

He added: “No other sport has played such an iconic role in nation building, over the years from the 1970s and 1980s and we must always edge on the younger players to believe that they can revive the ‘Kallang Roar’.”

Jita Singh, the 1981 “Coach of the Year”, who now runs a leading youth-development academy in Malaysia, hailed President Nathan as “indispensable man for all seasons”.

GIVE YOUR BEST SHOT

He added: “He genuinely inspired Singaporeans, especially the sportsmen and footballers, to give off their best shot. He was there for the big shouts and personally motivated the Lions to rise to the occasion.”

Former Football Association of Singapore (FAS) Deputy General Secretary P. Sivakumar was one of President Nathan’s fondest admirers. He wrote over FACEBOOK: “Thank you for your services to Singapore. Thank you for supporting local football and our Lions on many occasions, in person.

“Your presence inspired our Lions. Thank you for inviting the footballers to the Istana to celebrate the Asean Football Federation Championship wins in 2004 and 2007 as well as the Youth Olympic Games bronze medal team in 2010. You will be remembered in Singapore’s history as the “Peoples’ President”.”

Chairman of Sport Singapore (the governing body for sports) Richard Seow hailed President Nathan as a “true champion of Singapore”.

“Farewell and thank you, President Nathan. Touching the lives of so many, he was a true champion of Singapore. Always in support of Singapore sports, he attended as many Singapore football matches and events as his schedule permitted,” praised Seow, a former Oregon University sprint champion.

“Generous to a fault, he had a special place in his heart for the disadvantaged and gave of his time and resources often helping with an unseen hand. May you Rest in Peace. God Bless you, Sir.”

Former Lions team manager Eugene Loo remarked how the Lions were inspired and fired up when they heard that President Nathan was at the stadium.

He recalled: “Each time you to came to support our Lions which was on many occasions, you gave our Lions extra motivation to play for our country. When we announced at our Lions den that ‘the President of Singapore is here yet again to support us’, you could feel the extra ‘oomph’ in the changing room and our chest pumps a little stronger.

“A true Lion heart. Rest in Peace, Sir. It was an honour to have been inspired by you.”

Swimming hero Joseph Schooling, Singapore’s first Rio Olympic gold medalist, who beat Michael Phelps in the men’s 100m butterfly final in an Olympic record time of 50.39sec, even took time off his ultra-busy homecoming schedule last week to visit the stricken former President at the hospital when he returned home.

Schooling’s endearing message from the University of Texas in Austin, USA:  “Rest in Peace, Sir! Thank you for all that you have done for Singapore. You will be missed. My deepest condolences to Mrs Nathan and family.”

Prime Minister Lee Hsien Loong described Nathan as a “warm and approachable president who endeared himself to Singaporeans”.

“He was a warm and approachable president who endeared himself to Singaporeans. He impressed visitors with his knowledge of world affairs, and served with dignity and distinction.”

PM Lee added that he had known Nathan for 40 years, and remembered the latter as someone who was guided by a deep sense of duty to the nation.

True to the lion-hearted Singaporean, in 2013, President Nathan was awarded the Order of Temasek (First Class) for exemplary service to the nation, the top National Day award that has been given only to six other people.

Rest in Peace (RIP), sports and football owe you, Mr President, the biggest salute, in terms of the iconic “Kallang Roar” for your personalised inspiration.