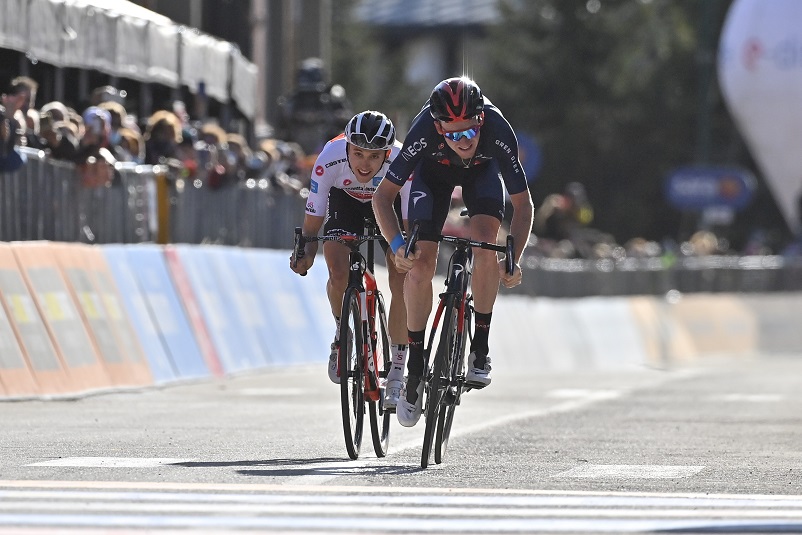 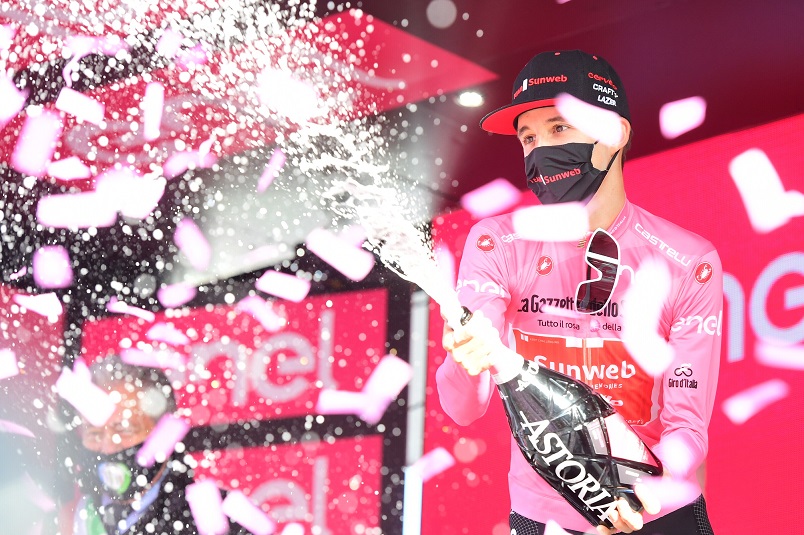 Tao Geoghegan Hart (Team Ineos Grenadiers) and Jai Hindley (Team Sunweb) are tied at the top of the overall standings with the same time. Hindley, however, is the new Maglia Rosa as a result of a few hundredths of a second advantage over Geoghegan Hart in the ITT.

Speaking seconds after the stage finish, the stage winner Tao Geoghegan Hart said: “I’m very happy for myself, for my team and for the Giro: today was a beautiful day! Tomorrow’s time trial will be a matter of legs, the route is short, I hope to have a good day and a bit of luck, then we will see”.

The Maglia Rosa Jai Hindley said: “Incredible, I have no words. From an early age I dreamed of wearing the Maglia Rosa, it’s a huge honor for me, I still don’t believe it. Tomorrow I’ll give my best in ITT.” – www.giroditalia.it