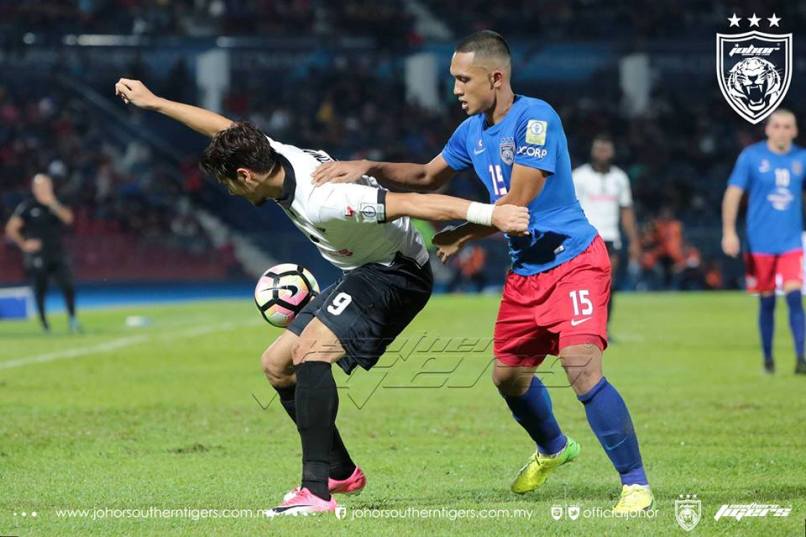 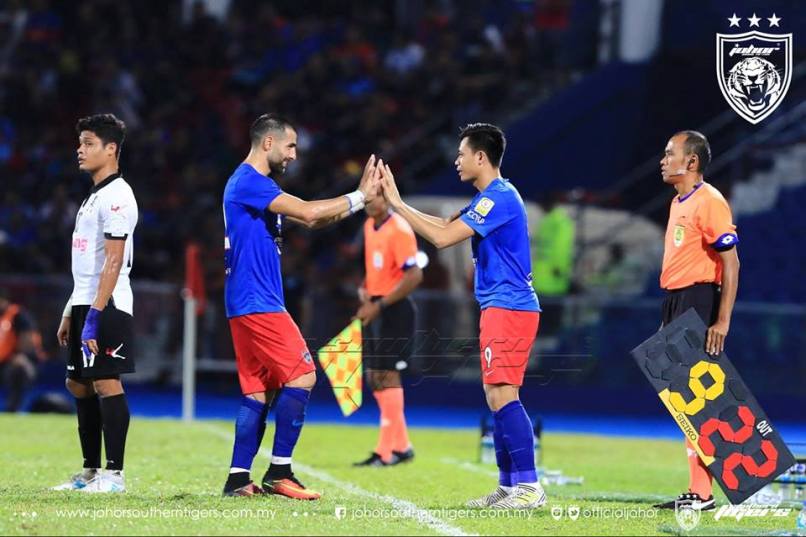 Lebanese international Mohamad Ghaddar scored his first goal for his new team – three-time Super League champions Johor Darul Takzim in their 2-0 win over bottom-placed Penang in Johor Bahru while his former team Kelantan slumped to a shock defeat by a similar margin to Sarawak in Kota Bahru .

Ghaddar opened scoring for JDT in the 44th  minute at the Larkin Stadium as the Southern Tigers to pave the way for JDT’s victory and open up a nine-point lead at the top of the Super League with 33 points.  Argentine midfielder Gonzalo Cabrera added the second on 84 minutes for the Johor outfit – leaving the Panthers entrenched at the bottom with only six points after 14 matches.

While JDT celebrated the win in front of their home fans there were shock results elsewhere. Kelantan felt Ghaddar’s absence as the Red warriors fell to an embarassing defeat at the Sultan Mohd IV Stadium in a match which was delayed for 45 minutes due to a thunderstorm that lashed the east coast town.

Sarawak eased their relegation woes somewhat with two first half strikes through Demerson Bruno Costa (22nd) and Mateo Roskam (35th) on a night when PKNS FC battled to a 1-1 draw against Melaka United at the Shah Alam Stadium. Melaka who were reduced to 10 players after Jasmin Mecinovic was given the sack for handling the ball inside the box in the 68th minute.

Malaysian international Safee Sali made no mistake from the penalty spot for PKNS to cancel out Melaka’s 49th minute lead through Brazilian Felipe de Souza off a freekick. The draw left both teams in the relegation zone with 12 points each after 14 matches.

However, it was FA Cup champions Kedah’s 3-2 defeat at the Darulaman Stadium in Alor Setar and Pahang’s 2-1 defeat at the Tun Abdul Razak Stadium in Jengka, that saw JDT open up a nine-point lead at the top of the 12-team league. The Southern Tigers are the hot favourites to retain the League Cup for an unprecedented fourth time.

JDT’s win in Johor Bahru also gave JDT’s new supremo – Portuguese Ulisses Morais a winning start. Morais took over the hot-seat from Mexican Benjamin Mora who is now back with his former team JDT II in the lower-tier 100PLUS Premier League.

The long break for Ramadan turned out to be a nightmare for the Red Eagles who were expected to pose a serious threat to JDT in the race for the league title. Instead, an own goal by Syazwan Tajuddin paved the way for Perak’s upset win as Mehmet Durakovic’s team another two goals through Nasir Basharuddin (47th) and new signing Gilmar Filho (73rd).

Brazilian Sandro da Silva Mendoca and Kosovo midfielder Liridon Krasniqi scored for Kedah with headers in the 59th and 85th minutes respectively but Perak held on for a shock win and three important points in Alor Setar.

Pahang snatched a second minute lead through Mohamadou Sumareh but Felda United destroyed the Elephants with a late penalty through Thiago Augusto in the 88th minute after new signing Ifedayo Olesegun had equalised for the Fighters in the sixth minute.

Selangor also made a roaring start when the league resumed with a thumping 4-2 win over Terengganu outfit T-Team at the Selayang Stadium – riding on a brace from youngster Syahmi Safari who scored on 53rd and 85th minutes. Liberian international Francis Forkey Doe (55th) and Rufino Segoria (80th) were the other scorers for the Red Giants.