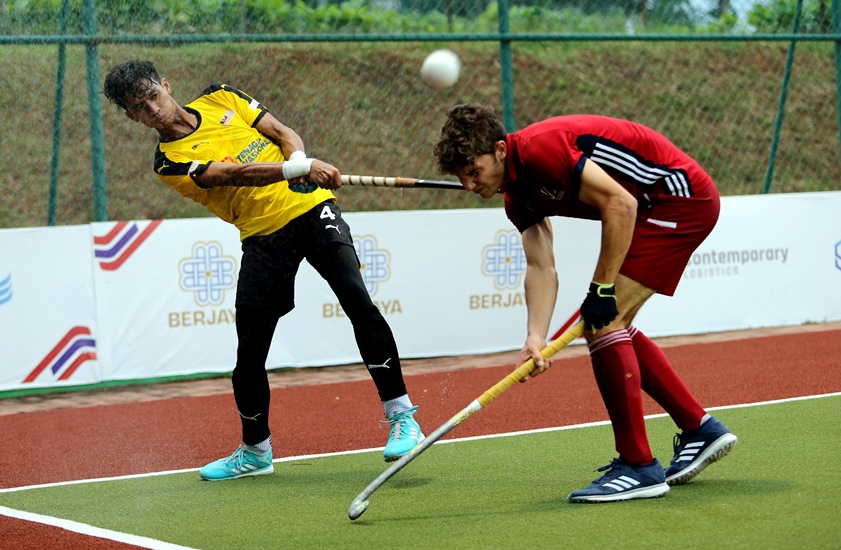 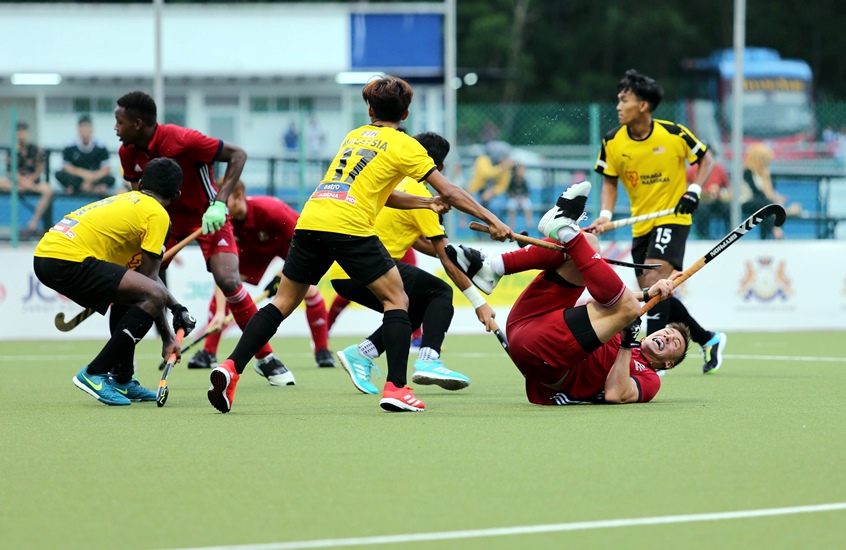 The Malaysian under-21 squad continued their small steps towards improvement despite losing 4-2 to defending champions Great Britain for their fourth defeat in as many matches in the Sultan of Johor Cup at the Taman Daya Hockey Stadium in Johor Baru today.

National under-21s coach Amin Rahim noted that despite improvements in many areas since their first match, this time it was their lapses in concentration in the early part of the first three quarters which cost them dearly.

That was evident as Great Britain opened the scoring from their very first foray forward in the second minute when Tom Moorhouse connected with an Alex Pendle cross to slot the ball into the top left corner as the Malaysian defence was left static.

It was the same story at the start of the second quarter when Great Britain’s captain Fred Newbold bagged their second goal just two minutes from the restart and early in the third quarter, Jamie Golden slotted home their third, before Harrison Stone made it 4-0 in the 43rd minute.

Malaysia earned their first penalty corner of the match just seven minutes from the end, but they made it count with Shahmie Irfan Suhaimie converting the 53rd minute setpiece to reduce the deficit.

“The players showed they were willing to fight to the end, despite being down. But if we look at the goal Great Britain scored, they came in the first five minutes of each quarter. This is where the inexperience of our players led to mistakes, which we have to learn from. It was due to a lack of concentration and focus, which we cannot afford in international hockey,” said Amin.

“However, I have to praise the players for not giving up, as in the fourth quarter we controlled the match and got two goals.”

After a rest day tomorrow, Malaysia conclude the round-robin stage against Japan on Friday, and Amin sees the rest day as an opportunity to regather and plan for the team to conclude the competition with a good showing.

“We know Japan’s strength is their pace and attacking. This is where it will be a challenge for our players. However, we will draw up a plan to see how we can contain the Japanese and try to match them. We will still try to finish the round-robin stage with a win,” said Amin.

In an earlier match, Australia retained the top spot in the round-robin standings after playing out a 5-5 draw with India in a thrilling encounter.