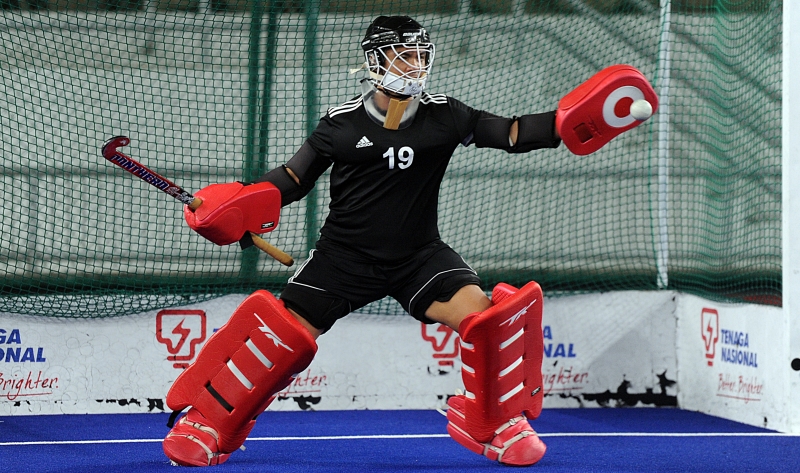 In the absence of Ireland’s David Harte, the 23-year-old Adrian showed his prowess in UniKL’s 3-2 victory over Terengganu Hockey Team (THT) in the Charity Shield match on Jan 12 and was in his element as the defending Premier League champions triumphed 3-1 against Hockademy last Sunday.

“Every match elevates my confidence level for coming games,” said Adrian, who enjoyed a successful Tour of Europe with the national team that included winning the Four-Nation InvitationTournament in Barcelona, Spain in August.

“I have been training under a lot of experienced goalkeepers in the last two years, including Harte, Roslan Jamaluddin and S.Kumar. I will do my job as best of my ability. It is great to have Harte back in the team for our remaining matches,” he added.

The Irishman is expected to arrive on Wednesday morning in time for UniKL’s third match of the season later in the evening against Universiti Teknologi MARA at the Tun Razak Stadium.

Meanwhile, a head injury and a broken jaw in two matches is too much to bear for defending TNBMHL Premier League champions UniKL,

UniKL head coach Arul Selvaraj has advised his players not to throw caution to the wind in remaining matches in the wake of injuries sustained by Australian Kieran Govers and Tengku Ahmad Tajuddin.

Whie Govers is recuperating from a head injury suffered against THT last Friday, Tengku Ahmad Tajuddin has been hospitalized for a fractured jaw sustained against Hockademy and is expected to undergo surgery on Wednesday or Thursday at Universiti Kebangsaan Malaysia hospital.

“At this moment of time we are focusing on Tengku Ahmad Tajuddin’s injury. Sort him out first. We don’t know the status of how long it will take him to recover and we are waiting for the medical doctor to advise us on that,” he added.

He also said UniKL is in possession of a video of an official instigating the players to hit which is not healthy for the game.

On the upcoming match against UiTM on Wednesday Arul added that the players are prepared for a good game with the availability of goalkeeper Harte and Govers.

“We will take each game at a time. Our focus will be on picking three points in every match and we will stay focus in our mission,” he said.