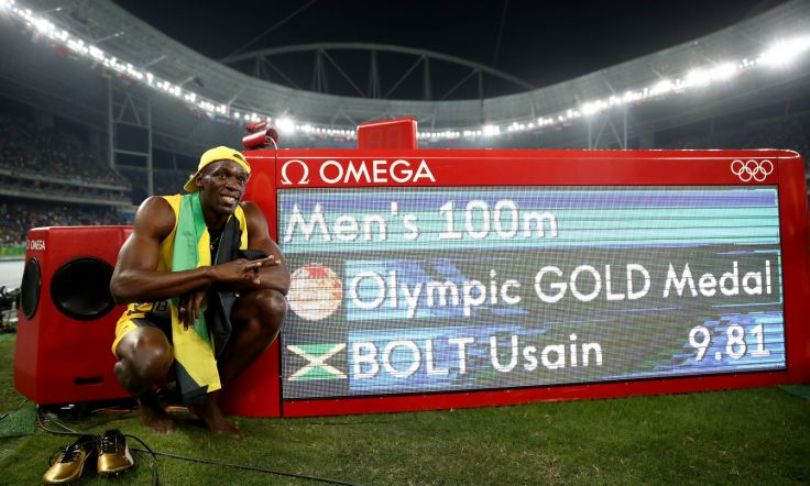 Usain Bolt steps up his quest for ‘immortality’, Christian Taylor targets a rare double, divers are headed for more murky business, and synchronised swimmers are polishing up their smiles and sequins in Tuesday’s Olympic competition.

Also, Brazil’s women’s football team are at the Maracana, US gymnastics revelation Simone Biles seeks to get back on the gold trail, and former street hawker Robson Conceicao could give the hosts something to smile about in the boxing ring.

With two sailing events blown over from Monday, the 29 golds at stake will be the most so far at Rio 2016 — a terrific Tuesday.

Fresh from his electrifying 100m success, Bolt runs in the 200m heats.

He will share centre-stage with blonde long-jumper Darya Klishina who will be the only Russian track and field competitor in Rio. Klishina has already endured doping scrutiny to be let in, then banned by the IAAF before winning a last-minute court appeal to be able to compete.

In the triple jump, world champion Taylor targets a rare double as he attempts to become the first man in 40 years to defend the title.

Not since the Soviet Union’s Viktor Saneyev leaped to his third straight gold medal in Montreal in 1976 has anyone successfully retained the Olympic title.

Taylor is also plotting an assault on Jonathan Edwards’ long-standing world record of 18.29m set in Gothenburg in 1995.

Mutaz Essa Barshim will become Qatar’s first ever Olympian if he claims the high jump, Ethiopian world champion Genzebe Dibaba is the one to beat in the tainted women’s 1500m.

The 1500m race in London has gone down as possibly the most tainted in Olympic history. Six of the top nine athletes who competed four years ago were disqualified for doping violations.

Away from the track, artistic gymnastics concludes with three finals.

Biles lost her balance and the chance for a record five gold medals in Monday’s beam, but the tiny Texan can still secure a record-equalling fourth gold in the floor final.

You Hao is out to maintain China’s grip on the parallel bars while Epke Zonderland defends his horizontal bars’ crown.

Russia, which has won every synchronised swimming gold medal since the Sydney 2000 Games, fields London 2012 champions Natalia Ischenko and Svetlana Romashina in the duet.

Unlike at the diving pool (scene for the mens 3m springboard final), where the murky green water has caused consternation, the synchronised swimming venue at the Maria Lenk Aquatic Centre was drained and 3.73 million litres of fresh water pumped in.

Back on dry land, boxer Conceicao who as a child would knock on car windows trying to sell melting popsicles or roam the streets hawking vegetables, faces Sofiane Oumiha of France for the lightweight title.

Brazil’s women football team, inspired by five-time world player of the year Marta, face Sweden in the semi-finals at the iconic Maracana.

The last day at the Velodrome sees gold medals in the women’s omnium and sprint and men’s keirin.

There are also titles in kayaking, weightlifting and Greco-Roman wrestling, and in the men’s 10km open water race off Copacabana. – Agence France-Presse