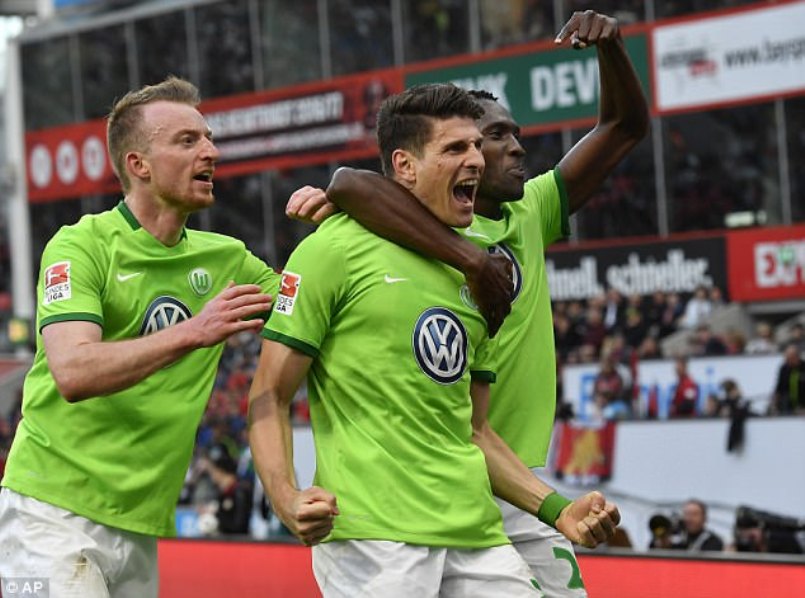 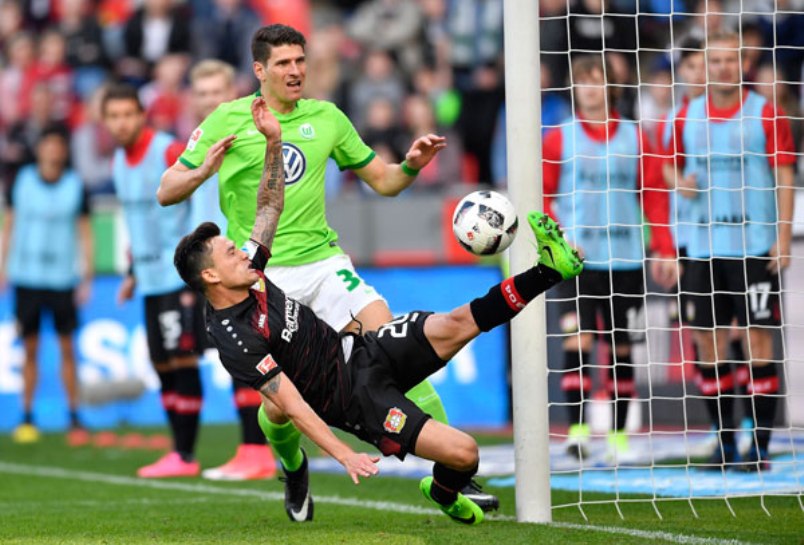 Mario Gomez slammed as ‘unsportsmanlike’ comments made by ex-international Rudi Voeller in their spat over the penalty which led to Germany striker Gomez completing a Bundesliga hat-trick last weekend.

Gomez, 31, scored three late goals in seven minutes on Sunday as Wolfsburg came from 2-0 down to seal a dramatic 3-3 draw at Voeller’s Bayer Leverkusen.

Gomez netted his third goal when he converted a penalty — awarded on 86 minutes by referee Deniz Aytekin.

The controversial spot-kick in Leverkusen was awarded when Wolfsburg winger Jakub Blaszczykowski was brought down by Bayer defender Benjamin Henrichs, who made contact with the ball first.

“The penalty against us was ridiculous,” fumed Voeller, Leverkusen’s director of sport.

Aytekin had missed an earlier foul on Gomez which could have led to a penalty, so the Germany striker was in no mood to hear complaints about the referee.

“If Leverkusen really want to start talking about the referee, then Rudi Voeller — I’m sorry — has a bit of a distorted view,” said Gomez.

“If you play the sort of game like Leverkusen do, you don’t stand there and have a go at the ref — that’s unsportsmanlike.”

But Voeller, who is known for his post-match rants when things do not go Leverkusen’s way, says he has no problem with Gomez.

“I have nothing at all against Mario Gomez and I can understand the fact he sees things differently. You have to be able to do that,” he said.

“This does not change my assessment that it was definitely not a penalty.”

Wolfsburg and Bayer Leverkusen are both just above the relegation mire in Germany’s top tier with eight games left.

Leverkusen are away to bottom side Darmstadt on Wednesday the same night Wolfsburg host mid-table Freiburg. – Agence France-Presse