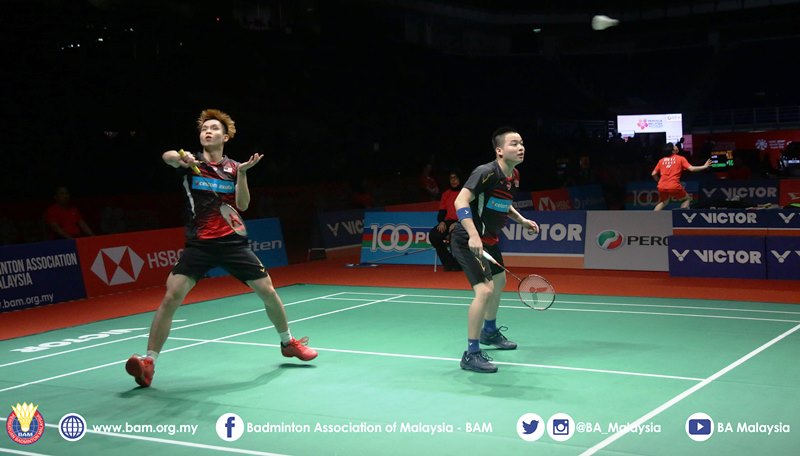 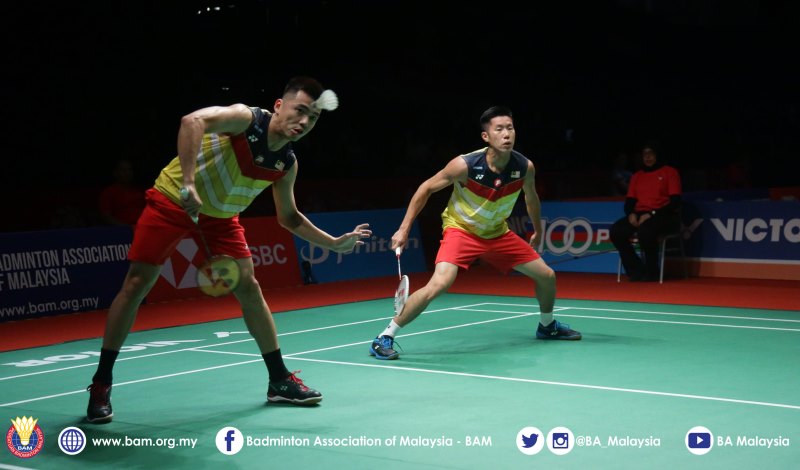 Newly crowned Sea Games champions Aaron Chia-Soh Wooi Yik would not have asked for a better start to the new year with a smashing start in the USD400,000 Perodua Malaysia Masters with a 21-19, 21-18 win over Goh V Shem-Tan Wee Kiong in a first-round men’s doubles match.
The World No 8 pair needed only 33 minutes against the Rio Olympics silver medallists, ranked No 10, at the Axiata Arena in Bukit Jalil for a place in the second round but a tougher hurdle awaits the Malaysian No 1 pair.
Aaron-Wooi Yik is likely to face World No 1 Marcus Fernaldi Gideon-Kevin Sanjaya Sukamuljo of Indonesia for a place in the last four. The Indonesians will play qualifiers Lin Chia Yu-Yang Ming Tse of Chinese Taipei in their first-round match on Wednesday.
The straight game win over V Shem-Wee Kiong is a “confidence boost” to Aaron-Wooi Yik who has played the Indonesian favorites three times – losing all three in rubber games.
“It will be tough but I expect a close battle again. Hopefully, with the home fans behind us we will be able to achieve a positive result,” said Aaron.
“We won against V Shem-Wee Kiong because we were focused. It was not easy beating our former compatriots as we know each other’s game plan. It is the performance of the day that brought us the win.”
Meanwhile, World No 19 Ong Yew Sin-Teo Ee Yi – dropped from the national squad last week – also carved out a winning start with a 21-15, 18-21, 21-15 win over India’s World No 12 Satwiksairaj Rankireddy-Chirag Shetty in a 52-minute encounter.
Thrilled with the win, Ee Yi said: “We are very happy with the win, more importantly with the crowd support. It is a very encouraging start and we hope to ride on the momentum.”
They next play No 8 seeds Han Cheng Kai-Zhou Hao Dong (China) or German qualifiers Jones Ralfy Jansen-Peter Kaesbauer in the second round.
In the women’s doubles, Malaysia suffered exits in the first round. Seventh seeds Du Yue-Li Yinhui of China ousted Chow Mei Kuan-Lee Meng Yean 21-13, 21-18 while another Chinese pair Liu Xuan Xuan-Xia Yu-Ting outplayed Vivian Hoo-Yap Cheng Wen 21-16, 21-10. – BY RIZAL ABDULLAH