Home International From the green to tarmac, EurAsia Cup captains face off in Sepang 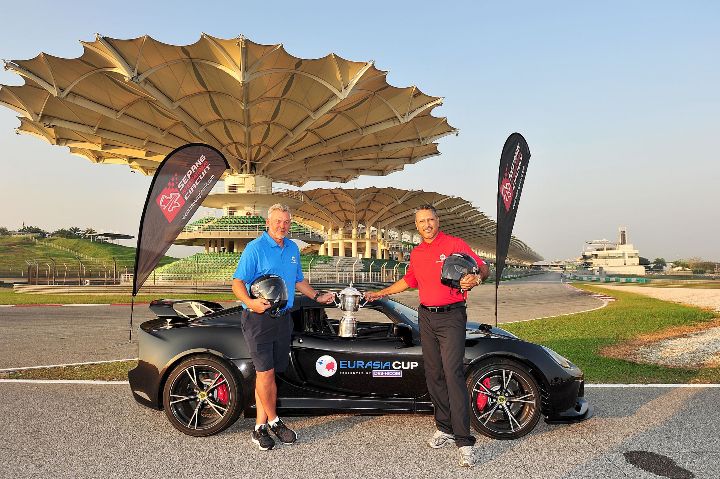 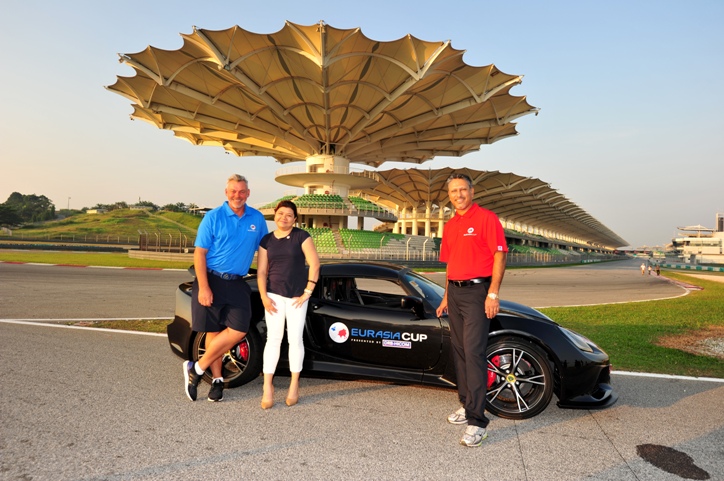 EurAsia Cup Team Captains Darren Clarke and Jeev Milkha Singh faced off at the Sepang International Circuit early Tuesday to gain an upper hand before the EurAsiaCup presented by DRB-HICOM begins on Friday.

But on the world-class race circuit, it was anyone’s game. Driving the latest Lotus Exige, both captains felt the adrenaline rush through their veins as they were taken around the track by professional drivers in a friendly competition.

The golfing pros received a safety and track briefing from Lotus and Sepang International Circuit (SIC) representatives before they each took a lap around the track.

Sharmila Nadarajah, Chief Commercial Officer of SIC said, “The circuit has played host to many riders and drivers, and today we are glad to see these two golfing legends, Jeev and Darren on our track. This is also a historical high point before a quiet time as we will be closing our track for repairs in just under four weeks.”

The captains tossed a coin to decide on the professional drivers who would represent their teams – Team Asia was represented by Tengku Djan Ley Tengku Mahaleel, Head of Lotus Cars Malaysia while Team Europe was represented by Hairulizan Nordin, Lotus Cars Malaysia’s Technical Consultant. Team Europe was the first to hit the track, clocking in at 3’42’’. However, it was clearly Team Asia’s win with a time of 2’31’’.

Singh quipped: “It was a great morning on an amazing track. I have driven on the Yas Marina Circuit but I must say I was extremely in awe of the Sepang Circuit. Taking my first test lap around the track had my heart pumping; now that’s how you start the morning.”

Clarke added: “The Sepang Circuit not only has a great track but is an architectural masterpiece. Though we were not quite fast enough this morning, Team Europe will certainly be bringing on their ‘A’ game this weekend.”

Fans can catch the EurAsia Cup at the Glenmarie Golf and Country Club. For more information, log on www.eurasiacup.com