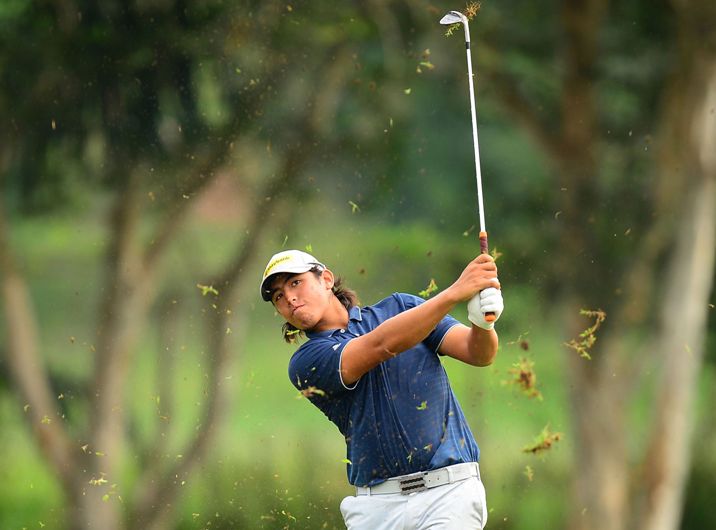 Malaysia’s Gavin Green is on the brink of securing his fourth Asian Development Tour (ADT) title after signing for a flawless three-under-par 68 in the third round of the PGM Port Dickson Championship on Friday.

The 22-year-old Green fired three birdies for a three-day total of 10-under-par 203 at the Port Dickson Golf and Country Club to put himself in prime position to win a third ADT title this season which will earn him playing rights on the Asian Tour for the remainder of 2016.

Green also gave himself a fighting chance to strengthen his bid for the Olympic Games in August as he sits in 60thand final position on the current rankings. The cut-off date to Rio de Janeiro is on July 11.

“I played solid. I missed only one green which was nice. I gave myself a lot of chances for birdies but not able to make as many putts. Staying bogey-free was probably the highlight for me. I will stay patient and stick to my same game plan tomorrow,” said Green.

“There’s a lot to play for tomorrow but I still have 18 holes to finish the week. I just have to keep doing the same and hopefully the putts drop. That’s all I can do,” added Green, who birdied holes three, 10 and 14.

Green, the first amateur to win on the ADT in 2014, is hoping to join Chinese Taipei’s Chan Shih-chang and Pavit Tangkamolprasert of Thailand, the only two players to win three ADT events in a single season.

Poh, who enjoyed his first top-10 finish on the ADT in Penang two weeks ago, rode on his recent run of good form to put himself on track for a breakthrough victory on the ADT.

“I did what I needed to do. I played really well on my front nine but couldn’t quite get it around on the back. I am still very happy with the way I am hitting the ball. I managed to stay focused throughout the round which was great,” said the 24-year-old Singaporean.

Starting from the 10th, Poh traded one birdie against one bogey in his opening four holes before ramming in five straight birdies to turn in 31. He went on to record eight pars and one bogey on the par-three eighth on his back nine.

“I putted really well and my approach shots were good. I gave myself good chances for birdies,” added Poh, who has enjoyed an illustrious amateur career prior to turning professional in 2015.

The winner of the PGM Port Dickson Championship, which is the 15th leg of the ADT schedule this season, will receive six OWGR points while the top six players and ties will also earn points based on a sliding scale.