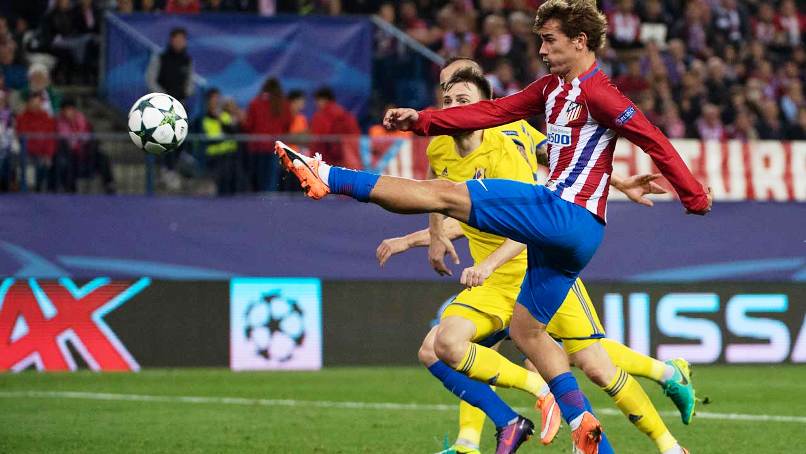 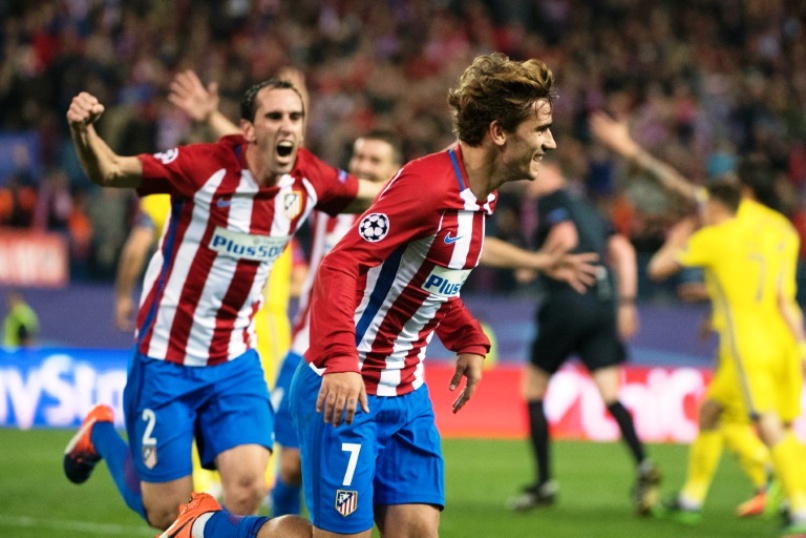 Antoine Griezmann scored a 93rd-minute winner as Atletico Madrid secured their place in the last 16 of the Champions League on Tuesday with a hard-fought 2-1 victory over FC Rostov at the Vicente Calderon.

Atletico struggled to create chances throughout, but got a break deep into added time when Griezmann fired home and the goal was allowed to stand despite Rostov’s furious protests for offside.

“They are a similar team to us: they defend and counter-attack well. They made it very difficult, but the most important thing was the three points and in the end we are happy,” Griezmann told BeIN Sports Spain.

The Germans also qualified for the knockout phase on Tuesday with a 2-1 win at PSV Eindhoven.

“We are on top, but there are two games left and we have to try to finish top of the group,” added Griezmann.

Atletico had scored 18 goals in winning their last five home games, but laboured against the Russians’ deep-lying defence.

The on-form Yannick Carrasco found some rare space in behind the Rostov back line 18 minutes in from Griezmann’s fine through ball, but Soslan Dzhanaev rushed from his line to block the Belgian’s effort.

Griezmann opened the scoring in spectacular fashion as he spun onto a deflected effort to flick the ball into the top corner with the outside of his left foot.

However, the lead lasted just two minutes as Atletico were caught by a brilliant Rostov counter-attack when Dmitri Poloz timed his pass into Azmoun to perfection and the Iranian slotted low past Jan Oblak.

It was the first time Atletico had conceded in the Champions League this season and Rostov became only the second away team to score at the Calderon in the last 15 European games.

The hosts dominated from then on, but lacked the creativity or physical presence up front to break down the Rostov wall of defenders.

Dzhanaev comfortably smothered low shots from Koke and Carrasco, while Atletico coach Diego Simeone ended the game with four forwards on the pitch as Kevin Gameiro and Angel Correa joined Griezmann and a forlorn Fernando Torres.

“It was a day of bad decisions,” said a self-critical Simeone.

“The coach didn’t have a good game and the players overcame it.”

However, last season’s finalists needed the presence of central defender Diego Godin when the winner did arrive in controversial circumstances deep into injury time.

Griezmann barely celebrated as he converted what appeared to be Godin’s flick-on off the underside of the bar.

Yet, despite the offside flag being raised, Scottish referee Craig Thomson rightly identified the flick-on in fact came off a Rostov player, meaning Griezmann couldn’t be in an offside position. – Agence France-Presse