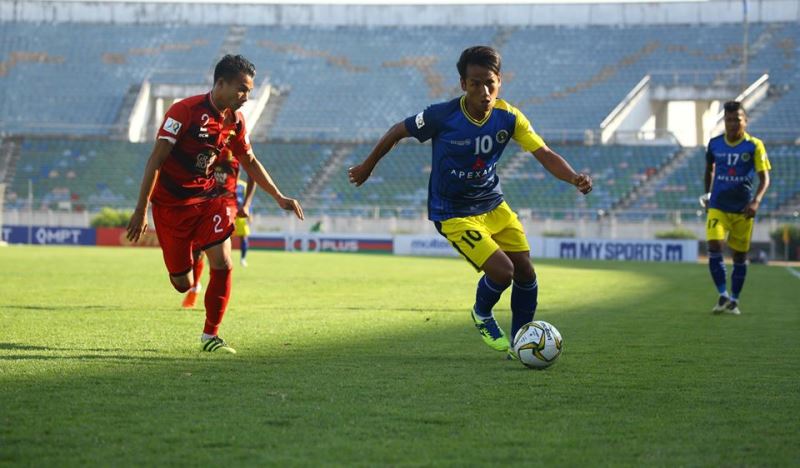 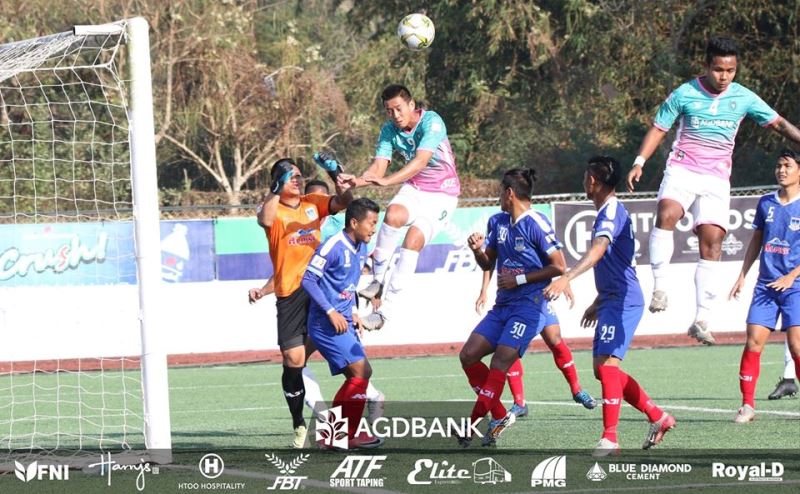 Hantharwady United kept up their fabulous win over defending champions Shan United last week to pick another full points with a 3-1 victory over Chin United at the Thuwunna Stadium in Yangon.

Under the guiding hands of former Yangon United head coach Myo Min Tun, Hantharwady made it three out of three for the full nine points to open up a two point lead over second-placed Yangon.

Francis Emeka gave Hantharwady the lead after 17 minute, to be followed by further goals from Donald Bissa (28th) and Nan Wai Min (72nd) with Kyaw Min Than pulling in a late goal on 79 minute.

In the meantime, Yangon United were held to a 2-2 draw by Yadanarbon at the YUSC in Yangon with Nigerian striker Emmanuel’s 39th minute header cancelled out by Zaw Ye Htun’s equalizer ten minutes after the restart.

Myo Ko Tun then gave Yadanarbon the lead in the 74th minute but Emmanuel’s penalty three minutes later saved Yangon United the one point and the blushes.

Elsewhere, champs Shan United got back to winning ways with a 2-1 victory over Sagaing United at Monywa Stadium as Magwe beat Southern Myanmar at Mawlamyine by the same score line.

Ayeyawady United also defeated Zwekapin United 1-0 in Pathein with Thiha Zaw scoring the only goal of the game two minutes to the end.

Rakhine United beat ISPE 2-0 at home at the Waitharli Stadium in Rakhine. 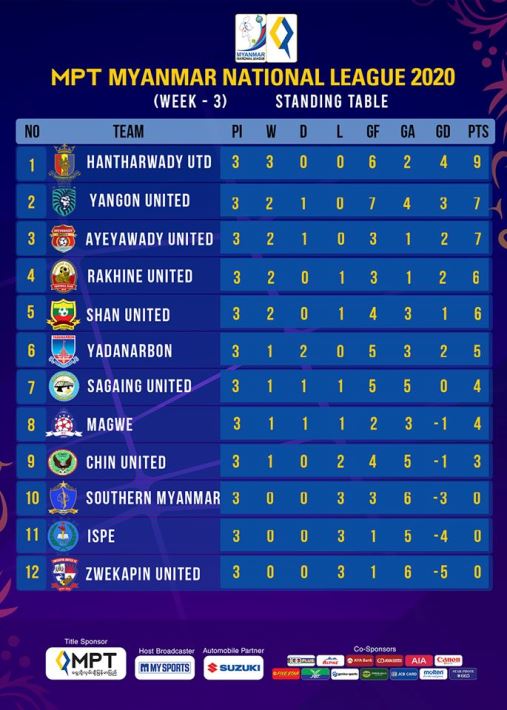