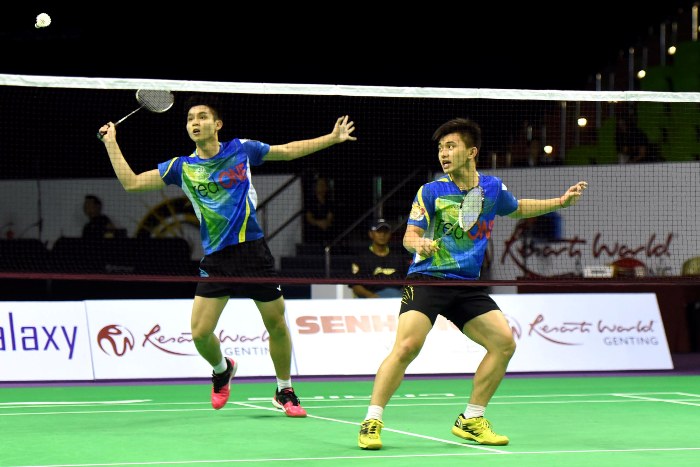 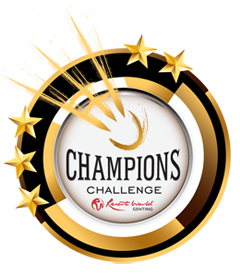 Arif Latif held centre court at the Arena of Stars in Genting as he delivered what was expected of him – a 3-0 win over Serdang BC’s Xia Binyu to enable his team Cheras BC to tie the score at 9-9 in the 5th-8th placing playoff match in the Resorts World Genting Champions Challenge on Thursday.

With both teams tied at 9 all in the number of sets won the match was decided on points difference for the first time in the tournament and Cheras BC won 162-160.

Last year Cheras BC finished fourth in the Champions Challenge but a 12-11 defeat to Ampang Jaya BC in the quarter-finals when Arif lost his singles match to Goh Giap Chin in the last tie of the match knocked them out of contention in the semi-finals.

“It has been a season of ups and downs for us because we have the same players. But we are not complaining and the players have given their best so far,” said Raezal.

However, Raezal could not hide his disappointment when asked about the performance of Indonesian shuttler Febby Angguni, ranked No 118 in the world, who fell to a straight defeat to Xu Wei of Serdang BC in the women’s singles.

It was left for Arif to do the rescue act and he delivered – thanks to his gallant fight in the second set when Xiu Binyu was leading 10-7 but he reeled off four points in a row for a 11-10 win. A win for Xia Binyu, 20, would have won the match for Serdang BC.

Serdang BC manager Ong Ewe Hock took the defeat in his stride and said: “This is something you have to accept in crucial matches. I am happy that our young players are coming on fine.

“My players have shown maturity but the lack of experience showed on them. Xia could have sealed the win for us but he was nervous and succumbed to pressure and lost. But we are not blaming him.”

Last year Serdang BC were knocked out in the first round when the Champions Challenge was played on a knockout format.

Cheras BC will play the winners of the Petaling Jaya versus Petaling BC match for fifth place.