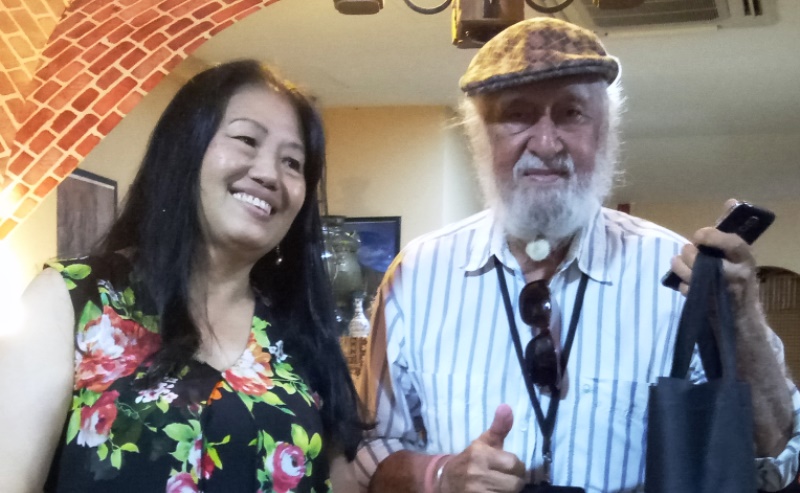 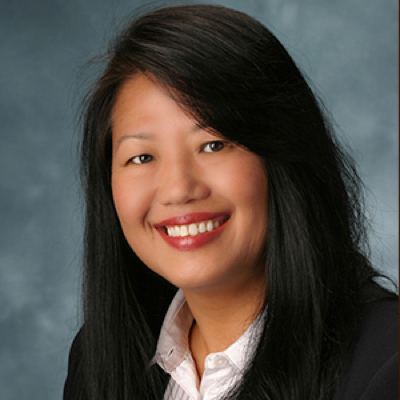 SHE’S the “Thriller in Teheran” who made the headlines 45 years ago as Singapore’s first (and only) Asian Games track gold-medalist and on her homecoming this week, her favourite club, Flash Athletics Club, appropriately threw her a Persian-styled dinner along Arab Street.

Now USA-based in Las Vegas, Nevada, Chee Swee Lee’s 400m win at the 1974 Asian Games, is the stuff of legends as she blitzed past arch-rival Nobuko Kawano of Japan in a new national record time of 55.08sec to clinch a historic gold for Singapore.

She returned home over the weekend to receive a special ‘Lifetime Achievement Award’ from Singapore Masters Athletics (SMA) and poured out her personal and professional thoughts of how she has moved on, settled with an American narcotics police officer-husband, but with her heart still passionate for Singapore.

I remember training with her in the mid-1970s at Siglap Secondary School, under icon coach Patrick Zehnder (who, like Swee Lee, was decorated by the SNOC with the highest sporting awards). And seeing Zehnder and her reunited and reminiscing of the good ‘ole days was like a nostalgic dream-come-true.

“My heart and soul are still here, Suresh,” says Swee Lee, an exclusive member of Singapore’s golden generation of track and field athletes from the 1960s and ‘70s, which included Heather Siddons, C. Kunalan, Godfrey Jalleh, Natahar Bava, Ho Mun Cheong, Cheah Kim Teck, Glory Barnabas, Gan Bee Wah and Eng Chiew Guay, who branded themselves with their exploits at the SEAP, SEA and Asian Games and some at the Olympic Games.

“I still maintain my Singapore passport and citizenship although I’ve been in the USA for close to four decades, studying there and later finding a career in real estate.” 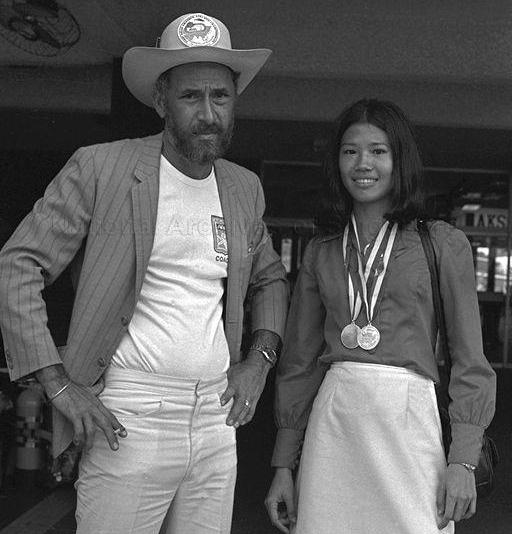 After her epoch-making 1974 Asian Games 400m success, she went on to the 1976 Olympic Games in Montreal, Canada, and later competed in college and club events in the US, where she studied at the Mount San Antonio College and California State Polytechnic University (CSPU) on athletic scholarships.

She now has a Bachelor of Science in Business Administration from CSPU. While living in California, she was also involved with the co-ordination of American athletes competing in events in China and other parts of Asia.

She remained actively involved as an overseas Singaporean as a club-president and later, committee member of the Singapore Association of Las Vegas, Nevada (SALVN) in the United States, where she strived to keep the Singaporean culture alive by bringing Singaporeans together to create a home away from home.

“Athletics has helped me build up a more positive outlook in life. I am able to understand the problems of friends. Winning all the laurels in international meets isn’t everything. Being able to give and take is more important,” she says as she tucked in Nasrin Restaurant’s Middle-Eastern and Mediterranean cuisine, from its mouth-watering appetisers, signature dishes and chef specials – including its most popular menu item, kebabs.

Swee Lee developed an affinity for the track while a student at Telok Kurau West Primary School. She explains: “I love running, and was lucky to be blessed with speed as an athlete. Life was simpler [in those days], and I believe that the love for sports participation at that time was something that remained from the bygone British era of Singapore.”

Little did she realise then that she would one day represent Singapore in regional and international competitions and be the first and only Singaporean to win an Asian Games gold medal, 45 years ago. 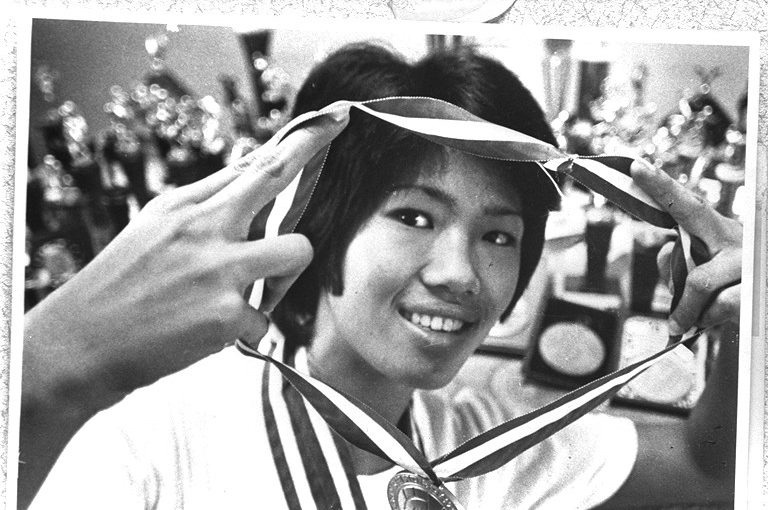 Swee Lee’s thoughts of a prolonged broken-record, sums up her ultimate sportsmanship. She says:  “Hey, I’m happy because a hardworking young Singaporean athlete like Dipna has risen to the apex of her track career and won a medal for her country in an important meet like the SEA Games.

“A little sad because I have had the great honour of holding the record for 43 years and must now, ‘pass the torch’ to the younger generation. Most of all, I’m happy that Singapore track and field continues to progress at this high level.”

When fellow Olympian track sprinter-star C. Kunalan (1964 Tokyo and 1968 Mexico City) was once asked about what stood out for him about Singapore athletics. His answer: “As for significant moments in Singapore’s athletics history, I would single out Chee Swee Lee winning the 400m gold in the 1974 Asian Games in Tehran. Outstanding! I know how much she sacrificed and trained.”

As she was reminded of Kunalan’s quote, Swee Lee, in a tear-jerking voice, told me that her victory in 1974 was “the greatest moment of her track career”. Going into the race, she was “totally prepared”, but had to face Japanese Nabujo Kawano, who had the best time going into the final.

“I had been training with my coach (Patrick Zehnder) who was one of the best strategists in this event, to run first two 200m and second 200m as close as possible to equal time of 27sec to achieve the 55sec mark.” 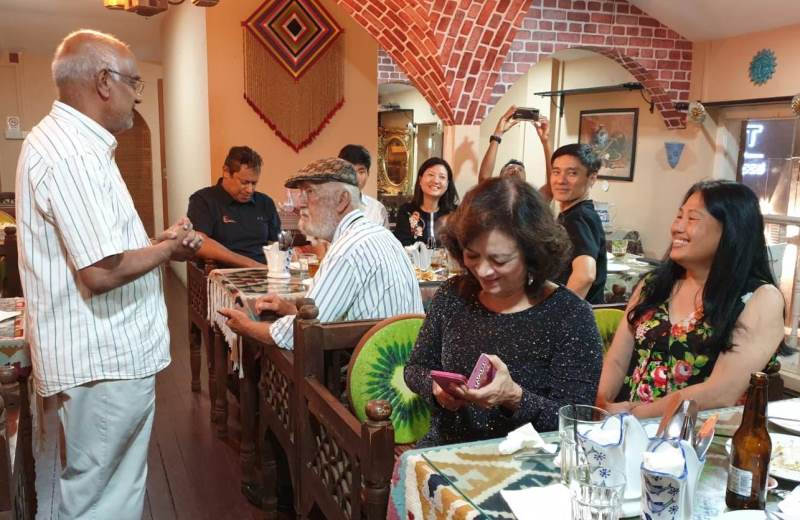 She added: “The design of the track in Teheran was such that it had an unusually long curve and the straight was rather short. Knowing this, I started my usual last 100m kick early and hit the finishing line ahead of the field, thereby winning the 400m gold medal.”

“With this being the case, it is more likely, in my opinion, that another athlete may, even as we speak, be in serious training with an eye toward breaking even my 800m record of 43 years,” she said. “Only time will tell, but I hope SA and Flash will lead the way to a new medal-winning future for Singapore.”

Mind you, as a 15-year-old at the 1969 SEAP Games in Yangon, Myanmar, Swee Lee won a silver medal in the 400m race. She won silver again in the 1971 Games, and in the 1973 Games. And then she really hit her stride at the 1974 Asian Games where she did what no Singapore woman had ever done before in the Asiad track and field events – she won gold. And she was also crowned SNOC (Singapore National Olympic Council) ‘Sportswoman of the Year’ at the annual awards in 1974. Zehnder was hailed as SNOC ‘Coach of the Year’.

The following year, at the 1975 SEAP Games in Bangkok, she again won gold in the 400m. She then set her sights on the 1976 Olympics in Montreal. But it was not to be. An injury just before the Games flared up and she could not complete her 800m heat.

Swee Lee, who in 2014 was inducted in the ‘Singapore Women’s Hall of Fame’, also recollected to me that the-then National Stadium at Kallang, which opened its doors in July 1973 and demolished in 2010, was the scene of one of her “happiest and most heartbreaking moments”. The then-18-year-old was beaten to the gold medal by Mar Mar Min of Burma in the women’s 800m final. Chee eventually finished the athletics competition with two silvers in the 400m and 800m. 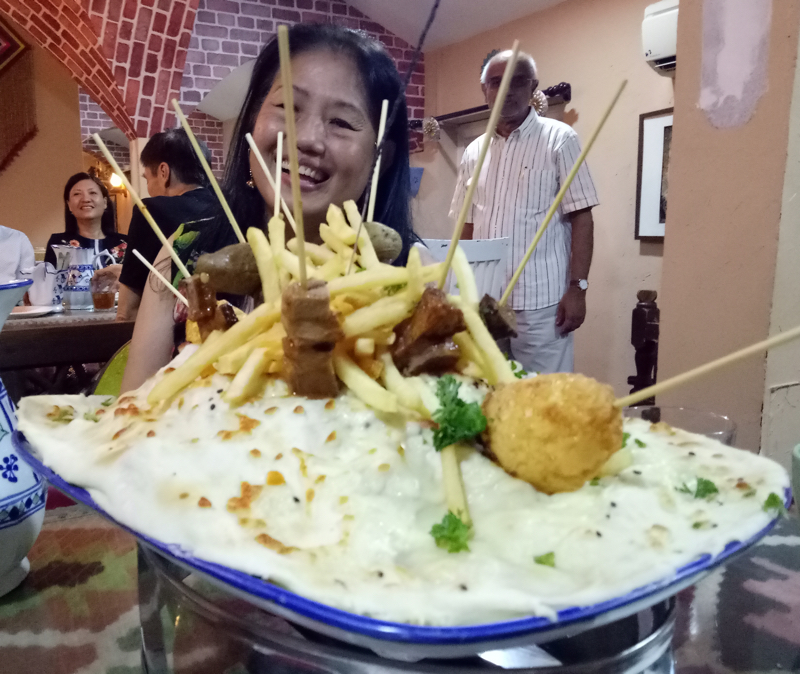 She got her revenge over Mar Mar Min at the 1974 Asian Games, when she blitzed past her and arch-rival Nobuko Kawano of Japan in the 400m final in a new national record time of 55.08sec. She also won a silver and bronze in the women’s 4x400m and 4x100m relays.

During the preparation for the 1974 Asian Games, she confided that she had to “compete not just with the seven South East Asian countries but with the whole of the Asian continent with powerhouses like Japan and India”.

She recalled: “Winning the 400m gold medal at the Asian Games was a mission accomplished for me, and for Singapore, I was happy to have put the Little Red Dot on the map with that medal.”

This awesome performance landed her a place at the 1976 Summer Olympics in Montreal, and also a track scholarship to compete and train in the USA with renowned coach Vince Reel.

“Some of my favourite memories of Singapore remain that of me and my training buddies, track mates and my coach. We had very basic facilities and equipment at that time, compared to what we have today, but we definitely were equipped with the passion for our sport and the unrelenting drive to win,” she reminisced.

“I visit Singapore every other year, and get together [with them] to talk about our good old days of track and field, and at our old training and competition venues like the Kallang Stadium and Farrer Park.”

“Most of all,” she added, “Some of the most wonderful times were with my family members, who were so supportive during my many years of training and competing for Singapore.” 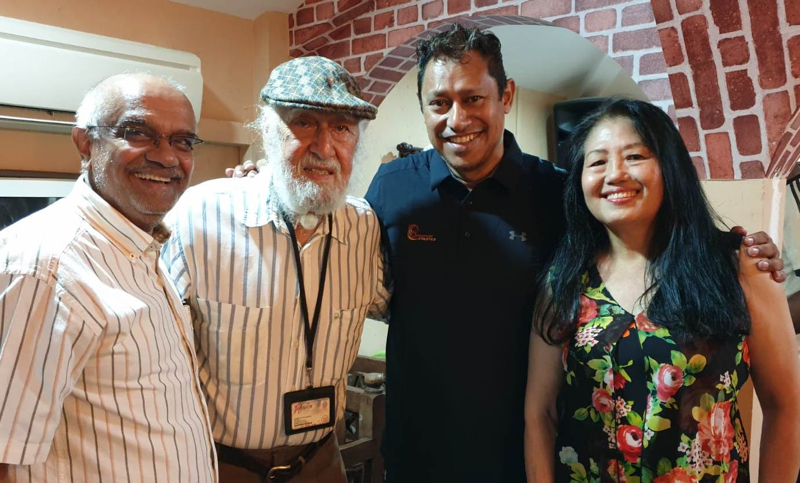 Though Swee Lee had left the Singapore athletic scene for many years, she continues keep tabs on Singapore sports. “This is thanks to my coach [Patrick Zehnder], who takes the time and effort to send me numerous newspaper clippings about all the developments in our local sports scene,” she said.

During her trips back to Singapore, she would also visit the Singapore Sports School to “motivate and inspire young athletes [to achieve] top performances”. Compared to the past, she notes that Singapore now has the foundations to pave the way forward for our young athletes, including sprinter Shanti Pereira and swimmer Joseph Schooling.

Poignantly, she says: “An athlete in competition has only a short window in his or her lifetime to focus on winning, and for Singapore athletes today, now is the time to pursue these dreams and passions. My advice to them is to never say they can’t do something. If they can’t achieve it now, they should keep trying.”

In contrast to what is happening in Singapore Athletics, which has been battered by the politics of envy and in-fighting, Swee Lee is “delighted and thrilled” that Flash, led by the passionate criminal lawyer, Edmond Pereira, a former St Patrick’s School sprinter-champion, has been progressing as a 51-year-old club to be admired.

As Pereira, the club president since 1981, said: “It has been a long journey since 1968, and it is with great pride and distinction that our athletes have been excelling in local and international scenes over the decades. We will strive to revitalise the athletics scene and inspire the next generation of athletes.”

FLASH ON THE RISE

Looking back to half-century of Flash success, who would have believed that this club – which was formed 51 years ago to support Katong District athletes who did not have a premise then and worked out of the address of a committee member’s Lorong Stangee home – is today a vital cog in our sports scene?

As Pereira pointed out, that has come about also because of the dedication of coaches such as Patrick Zehnder, the husband-wife pair of Lim Hong Kang and Pritam Lim, (the late) K.K. Das, Tan Kim Seng and Philip Lee.

For Swee Lee, it’s now “makan” is on her mind and the self-confessed foodie – who has retained her Singaporean citizenship despite moving to the United States in 1983 and marrying an American – is also looking forward to hunting down her favourite local food.

She says: “I really miss char kway teow and chendol as we don’t get it in the US, even at the Malaysian restaurants. People always ask me why I haven’t become a US citizen, but I tell them, touching my heart, that I’m forever Singaporean, and I can’t give that up.” Not when you’ll forever go down the record-books as the “Thriller in Teheran” who made the headlines 45 years ago as Singapore’s only celebrity Asian Games track gold-medalist. Surely no one will ever say it’s a ‘Flash’ in the pan!  – BY SURESH NAIR

• Suresh Nair is a Singapore-based sports journalist who knows Chee Swee Lee as a friend and champion-athlete for over four decades.