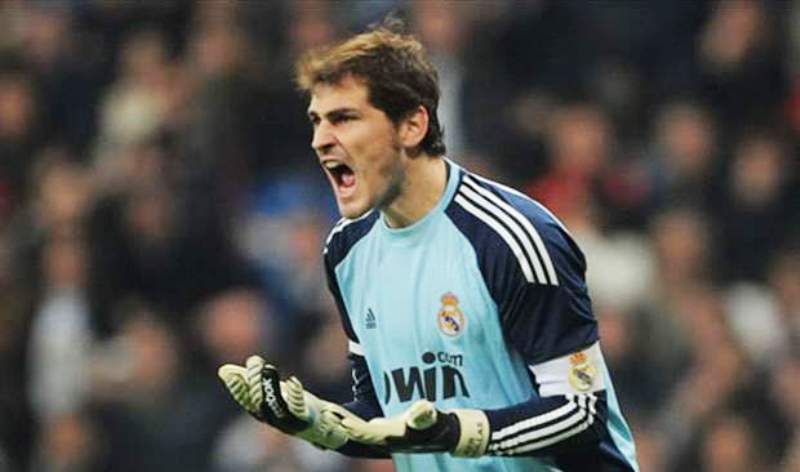 Real Madrid captain Iker Casillas slammed his side’s performance after they let a two-goal lead slip to lose 4-2 at Real Sociedad on Sunday.

“What happened was very unusual, especially after the first 15 minutes. After that everything was negative, we were horrible in every facet,” he said.

“We can’t lose a game in this way. We have to accept the defeat and the criticism and learn from what happened today.”

Real looked well on course for victory in San Sebastian thanks to early strikes from Sergio Ramos and Gareth Bale.

However, Sociedad were level before the break as Inigo Martinez made the most of some slack Madrid marking from a corner before David Zurutuza bulleted home a header from Alberto de la Bella’s cross.

And there was more of the same to come in the second-half as Zurutuza put Sociedad in front before Carlos Vela rounded off the scoring.

“We have started the season and it is clear that we need to correct a lot of things,” added Casillas.

“We need to keep going because we are wearing a very important crest on our shirts and that is not the example to show to the world.”

The visitors were without the injured Cristiano Ronaldo and departed Angel di Maria and Xabi Alonso after they joined Manchester United and Bayern Munich respectively in the past week.

However, boss Carlo Ancelotti refused to blame their absence for the defeat and instead questioned the attitude of his players.

“I didn’t like this defeat because I think sometimes you can play a bad game, but as a team like Real Madrid when you are winning 2-0 you have to show the right attitude and that is my responsibility,” said the Italian.

“I don’t think it is a problem of one or two players. It is the whole team who lost after a very good first half hour.

“The presence of Xabi Alonso when the whole team doesn’t have a good attitude wouldn’t have changed things.”

In contrast to Ancelotti’s post-match comments, Barcelona coach Luis Enrique hailed the attitude of his players as they continued their winning start to the new campaign with a 1-0 victory at Villarreal.

Debutant Sandro Ramirez scored the only goal of the game eight minutes from time from close range after Sergio Asenjo had denied Lionel Messi.

However, Enrique was just as impressed with his new side’s second consecutive clean sheet after they were heavily criticised for their poor defending last season.

“The attitude of the team satisfied me,” he said.

“We have a lot to improve on but they have great desire and for me it is a priviledge to see.

“We haven’t done anything yet, but it is encouraging and I am especially happy that today the Barca fans will be happy.”