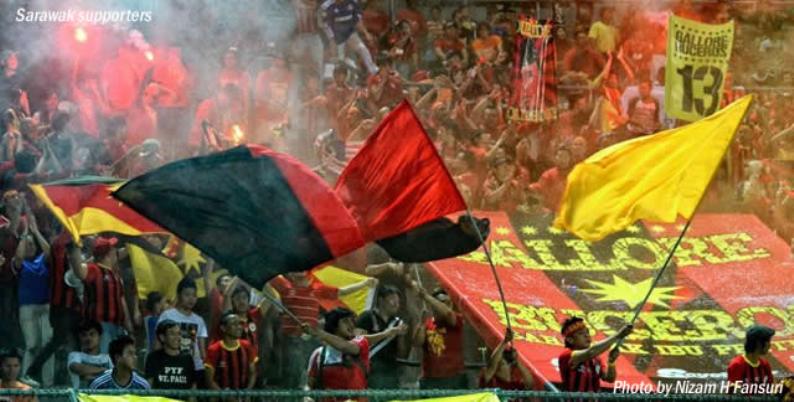 Six people were arrested after football fans rioted and torched a police car in Malaysia before being dispersed by tear gas and baton-charges, an official said on Monday.

Local media said about 2,000 people were involved in disturbances after Sarawak’s team were knocked out of the Malaysia Cup when they drew 1-1 with rival state Perak.

Five policemen suffered minor injuries after stones and broken bottles were hurled at them, while some fans were also hurt and needed medical attention.

Sarawak FA president Sudarsono Osman told AFP that the incident, which lasted for about two hours late on Saturday, took place despite the presence of 400 police.

He said supporters in the eastern state were taking revenge for being targeted by Perak fans during last week’s 2-0 away game.

“Only about 100 fans were directly involved in the incident. They were shouting and venting their anger outside the stadium. But there were a lot of local bystanders watching,” he said.

“But their action to set fire a police car is way overboard… I feel disappointed with the supporters behaviour,” added Sudarsono.

“Definitely, they will take action,” he said. FAM and police officials could not immediately be reached for comment.