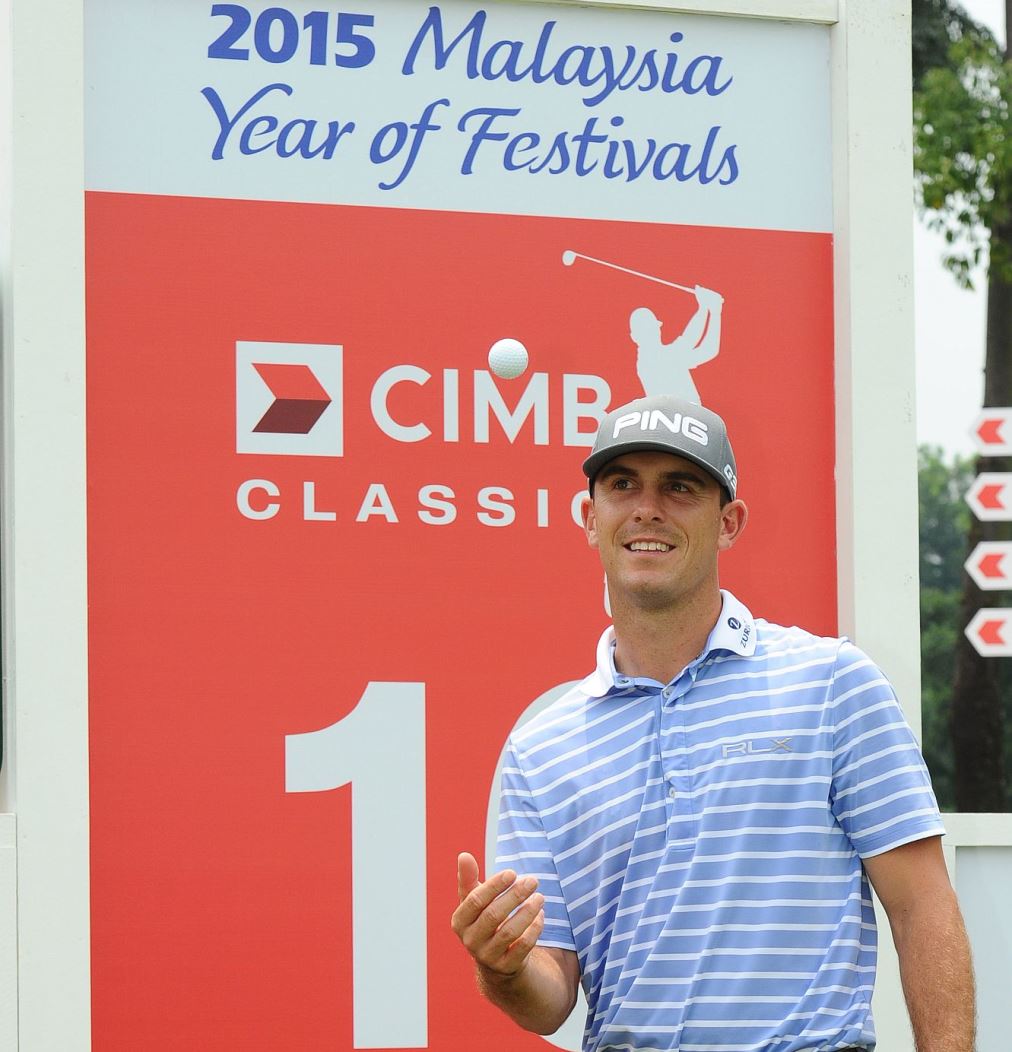 Much has changed for Billy Horschel since his last trip to Malaysia for the 2013 CIMB Classic – where he finished tied 11th.

His recent accolades include earning a runner-up finish at the Deutsche Bank Championship, won the BMW Championship and the TOUR Championship by Coca-Cola in successive weeks to claim the FedExCup title.

And on September 16, just two days after winning the PGA TOUR’s ultimate prize (and the US$14 million that came with it), Horschel and wife Brittany welcomed a new addition in their family, Skylar Lillian.

“It’s pretty crazy to think at 27 years old, I’ve experienced all of that in such a short time span. I may not do another great thing in my life but that is pretty cool,” said the three-time PGA TOUR winner.

The reigning FedExCup champion is now in Malaysia for the CIMB Classic as part of his 2014-2015 campaign on the PGA TOUR. The US$7 million event is also sanctioned with the Asian Tour.

“The city (Kuala Lumpur) is unbelievable. The people are really nice. I love the food, it is really good,” Horschel said. “They offer a variety of cultures in their food selections and the golf course is beautiful, probably one of the top golf courses we play on TOUR. I’m happy to be back here and looking forward to another great year, hopefully we can make it a victory this year.”

“As much as I wanted to sit back and enjoy what I did at the end of the season, at the same time I’m not one to look back and cherish stuff. I’m always thinking about the next level,” Horschel said.

“There’s a ton of stuff I want to achieve over the span of my career. I would love to win all four majors before my career is over. A short-term goal is to win a major this season and to defend the FedExCup title. I would like to do that because no one has done it yet. There has only been one guy to win two FedExCup’s. But I want to be the first guy to win it back-to-back.”

With that ambition set, Horschel has been working on improving his game. Known on TOUR for being a perfectionist, he is known to be the first one in and the last one out of the driving range.

“I’m still a guy who wants to get better and improve, although I try to be a little less hard on myself, not to be nearly as much of a perfectionist that I sometimes fall back into. Also, the new PING G30 driver that I put in play at the PGA (Championship) has been a big help.” Horschel explained. “I’ve gained some yardage and with that have been able to hit some shorter clubs into greens.”

While the technical changes pale in comparison to the biggest change of all, his first born child, they all go hand-in-hand as to why his life has turned around for the better.

“The big thing that has changed has been patience. I’m getting more of it,” Horschel said of becoming a father for the first time. “I’m not always on my schedule anymore. Sometimes she’s going to cry, sometimes you’re going to have to walk her around for 45 minutes to calm her down. I’m on her schedule and that’s where I want to be.”

With a life that is seemingly falling into place, the limits of the future know no bounds – now stamped as the one to beat heading in the 2014-2015 season.