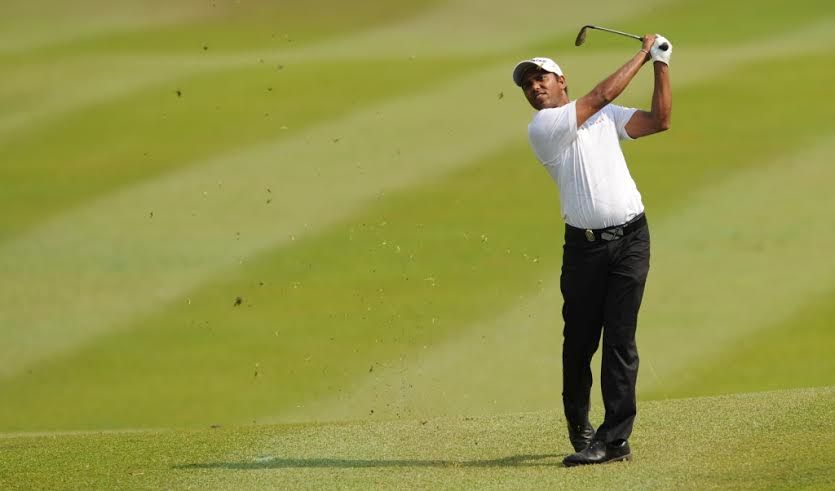 Asian Tour stalwart S.S.P. Chowrasia of India has pledged his support for the Asian Development Tour’s (ADT) newest event by committing to the inaugural TAKE Solutions India Masters which gets underway on Wednesday.

The two-time Asian Tour winner will be joined by Niall Turner of Ireland and American Brett Munson, placed third and fourth respectively on the current Order of Merit, at the US$70,000 event which is the first ADT event to be held in India.

Young talent Khalin Joshi of India and one-time Asian Tour winner Himmat Rai, also of India, will also be vying for top honours when the tournament tees off at the Eagleton Golf Resort in Bengaluru.

The launch of the TAKE Solutions India Masters will raise the 2014 ADT schedule to an unprecedented 21 tournaments, which includes 12 tournaments in Malaysia, three in Chinese Taipei, three in the Philippines and two in Indonesia.

The latest addition on the ADT will also provide another opportunity for players, especially from India, to bid for success and boost their ADT rankings. With only three events remaining this season, players will have everything to play for as the top-five finishers on the Order of Merit will earn the coveted Asian Tour cards for 2015.

Chowrasia, who sits in 11th position on the Asian Tour Order of Merit following four top-five finishes on the premier Tour this season, is glad to throw his support behind the TAKE Solutions India Masters, which he deemed as a positive
development for golf in India.

“It’s  very good for Indian golf as it creates a new playing opportunity. I’m happy to support this new tournament by playing in it. My confidence was down last season as I missed many cuts but I’m starting to play well and my confidence is getting better. I’ve worked on my putting too and it’s showing some good results,” said the 36-year-old Chowrasia.

Joshi, who claimed his first professional victory on home soil last week, is eager to step up his game at his first ADT event this week.“Being the first ADT event in India, I have great expectations and I’m really looking forward to it. I believe that this is a step ahead for India as it gives Indian players a chance to play alongside other players from Asia which will in turn helping us learn new things and improve our game,” said the 22-year-old Joshi.

Munson, who has been battling with a poor run of form recently, hopes to turn his fortunes around as he chases his second ADT victory this week.

“I haven’t been doing anything very well recently. My ball striking has been a little off and my putting was poor but I have been practising a lot and I am looking forward to this week,” said the 28-year-old Munson.

“The season’s been good so far. I had a good start to the season with my first ADT win in Malaysia and I’ve played pretty solid in most of the events. My aim is to remain in top-five on the merit rankings till the end of the season so as to secure my Asian Tour card for 2015,” added Munson, who is playing in his first year in Asia.

Turner, who has enjoyed a good season on the ADT with one victory and four top-10s, sang praises for the burgeoning Tour as he relishes the opportunity to return to India once again.

“I am really looking forward to competing in India again. I played the Indian open in Bangalore in 2012 and really enjoyed the week. It’s great that the ADT has an event in India. The tour has gone from strength to strength and to have an event in India is very positive going forward,” said the 31-year-old Irishman.

“I will just try and continue what I am been doing for the last few months where I have been playing great. All parts of my game have been functioning very well and I will be targeting a high finish in India to lock up my place in the top-five of the merit rankings,” added Turner.

Srinivasan HR, Vice Chairman & Managing Director, TAKE Solutions said: “We are delighted to launch the inaugural TAKE Solutions India Masters which is the very first ADT event in India. We are very honoured to be involved with the ADT for the first time and we look forward to welcoming the region’s rising stars to the tournament.As the ADT is the gateway to the Asian Tour, we hope our tournament will provide the opportunity for Indian players to fast-track their careers. We look forward to a very successful tournament this week. I am very confident that our partnership with the ADT and PGTI will benefit the sport in India.”

Padamjit Singh Sandhu, Director, PGTI, said: “Since its inception, PGTI has believed in creating maximum playing opportunities for Indian players. With TAKE Solutions holding this event in association with ADT and PGTI, it serves as an ideal platform to grow the game in the southern part of India.”