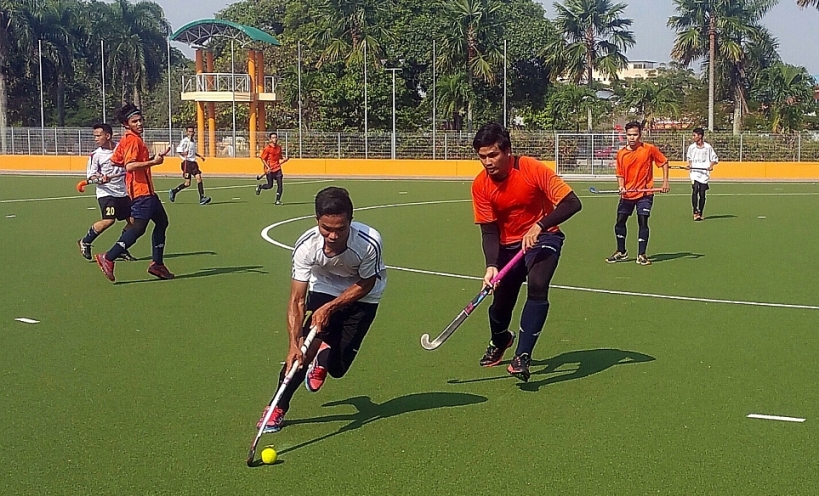 The 2016 edition of the TNB-QNET-SHL2016 kicked off with eight matches being played at the Pandamaran Hockey Stadium over the weekend.

River Blue K Sgor after winning their opening game with high scores, faced IIUM Mustang . River Blue went on the attack keeping the IIUM Mustangs on the back foot throughout the first quarter.

The Mustangs found a breakthrough in the second quarter as they capitalized on a loose ball in their defense and launched a quick counter attack that saw center forward Amirul Amin Azizan deflecting it past River Blue keeper Mohd Aizat Ali.

The goal seem to spur IIUM Mustang more into the attack as they began to assert themselves in the game, Mustangs doubled their lead on 44 minute via Muhd Nizar Said’s field goal to give his team the victory.

IIUM rounded off their weekend by securing a 10-0 victory over newcomers Jalak Lentang and topping the table for week 2.

In another match played on Sunday, Selayang B and Synergy faced each other where the winner would have top the table.

The two teams who had secured narrow victories the previous weekend knew the winner of the match would
have the bragging rights leading the table.

Selayang B were quick to sound the board as Saravanan Kanno deflected a shot on the 2nd minutes past Synergy’s German born goalkeeper Martin Maximilian Gudert.

Synergy went on the attack pinning Selayang in their own half and were rewarded when former Selangor State player Gunabawan Baladisnan showed some skillful stick work in the circle and score past Selayang Keeper Sivakumar Mahathevan.

The scored remained the same as both team resorted to some rough play trying to unsettle each other, things came to a head in the 59th minutes when play was stopped after Synergy Dean Ward from South Africa and
Selayang’s Rajiv Nair clashed, players from both teams started to crowd around the incident area, some pushing and shoving could be seen.

The situation was quickly brought under control as both captains were given a talking to.

Umpire Mohd Amirul Rashid flashed the red card to Dean Ward for retaliation and Rajiv Nair got the yellow for causing the incident in the first place.

The match ended in a draw.

In the school’s category, SM Damansara Damai Senior edged Alam Shah Hockey Putrajaya 2-1 to grab the 3 points while SJI-Warriors whipped SM Bdr Seri Putra 13-0 to the Group A table, both Damansara & SJI are tied on point but SJI leads the table on goal difference.

Full Results of matches played over the weekend 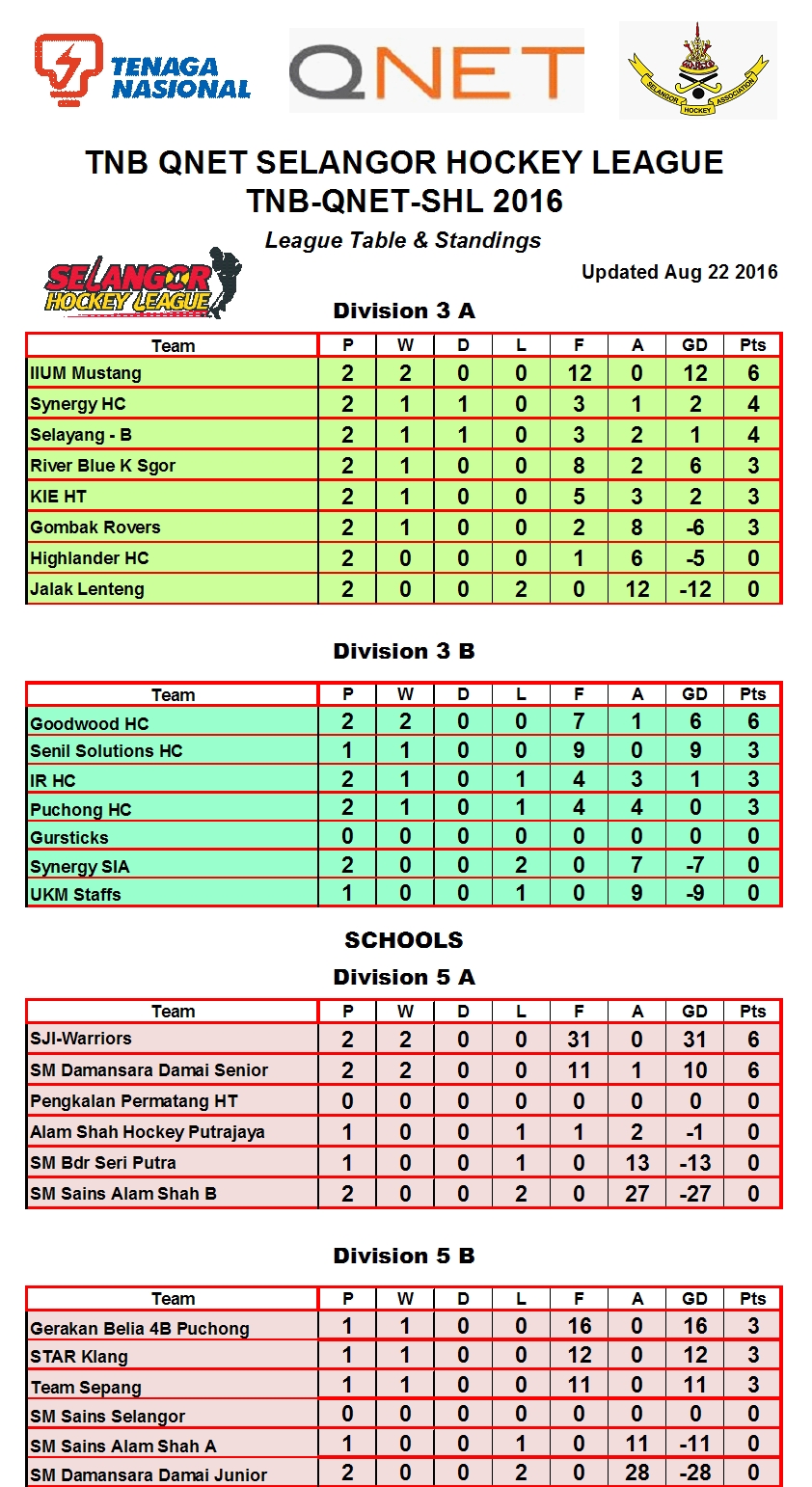 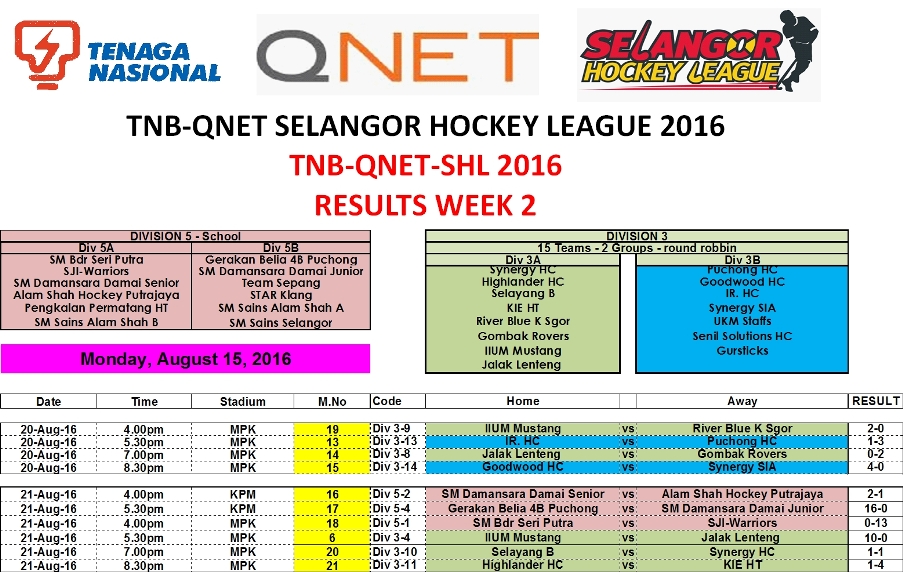