The quarter-final seemed destined to go into extra-time or even a penalty showdown after SMK Mutiara Impian were left trailing by a Mohammad Akmal Rizal Mohd Shukri’s third-minute strike but the Simpang Ampat-based Penang sports school produced an equaliser, which came at the very last minute of injury time.

It was Mohd Hizaz Mohd Lokman’s killer strike that earned them a 1-1 draw, and SMK Mutiara Impian made the cut to the semi-final on a hard-earned 2-1 aggregate.

With SMK Putera eager to avenge the slim 1-0 defeat served to them by SMK Mutiara Impian in their own backyard on Sept 27, it was no big surprise when they trooped into the SMK Mutiara Impian Mini Stadium in Simpang Ampat, Nibong Tebal, with added vigour.

This was evident when they embarked on their return leg quarter-final clash in a blistering pace to bombard the SMK Mutiara Impian goal right from the first whistle.

The Mutiara Impian lads had hardly settled down when they were forced to concede three corner kicks, which resulted in a goal just after three minutes. A weak clearance by Ahmad Shukor Aliff fell to SMK Putera’s Burhanuddin Abu Bakar and when Mutiara Impian goalkeeper Firdaus Mohd Yusni fumbled in his bid to stop Burhanudin’s attempt, Mohammad Akmal dashed in to bury the loose ball.

This rattled the Mutiara Impian goalkeeper so much that he continued to fumble with his saves on three other occasions, only to be rescued by the alertness of his fellow defenders, Muhammad Amer and Mohammad Hafeez, who promptly turned the ball away from the penalty box.

SMK Mutiara Impian finally settled down to provide SMK Putera with some anxious moments and skipper Muhammad Fitri came close to putting his side back on level terms in the 20th minute. But rival goalkeeper Muhammad Asraf Zalany managed to pull off a grand save.

SMK Mutiar Impian continued their dominance in the second half but were let down by the poor finishing of Mohammad Lokman Hakim and Mohamad Wafdi.

SMK Mutiara Impian also found themselves twice denied a penalty when the referee turned a blind eye on two blatant tackles on Muhammad Fitri and then Mohamad Wafdi midway into the half.

With the clock fast ticking deep into the three-minute of time added on, SMK Mutiara Impian suddenly experienced a change of fortunes.

Mohamed Hizaz latched onto a move initiated by Muhammad Fitri and weaved past two SMK Putera defenders and a charging goalkeeper Muhammad Asraf to plant the ball into a yawning goal.

The 13 year-old Sabahan, who was drafted to join SMK Mutiara Impian, was hailed an instant hero for that all-important goal which firmly set them up for a semi-final clash with Malacca’s SMK Seri Kota.

SMK Seri Kota were held to a goalless draw by Johor’s Tunku Mahkota Ismail sports school at the Seri Kota Mini Stadium in the recent other quarter-final but they managed to troop out with a 2-0 aggregate to make the cut to the last four.

SMK Mutiara Impian Under-14 chief coach Muhammed Rakhi Saad, understandably, was grinning from ear to ear as they celebrated their quarter-final success when the final whistle went off.

“I’m pleased with our semi-final spot for the third year running and this means that we’ve achieved our pre-season target. Our next target is the crown but I’m not about to pressure my players.”

He added that although SMK Mutiara Impian managed to troop out as 3-2 winner over SMK Seri Kota in the chase for the Super League crown last month, the Malacca outfit will not to be taken for granted.

Mutiara Impian will host the first leg semi-final clash on Saturday, and victory will ensure a cushion for the return leg in Malacca.

The other semi-final battle will pit newly crowned Premier League champs SMK Bukit Nenas of Terengganu against Super League runners-up SMK Syed Hassan of Perlis after both teams trooped out winners of their respective quarter-finals.

The Under-17 challenge saw the young Under-15 players from Bukit Jalil sports school confirming their place in the semi-final as they floored defending champion SMK Tunku Anum of Kedah.

Bukit Jalil won the first leg quarter-final at 4-0 on Sept 27, and went on to register a crushing 9-1 aggregate win, toppling SMK Tunku Anum 5-1 in the return leg at the SMK Tunku Anum Mini Stadium.

This set them up to meet Sarawak’s SMK Tabuan Jaya in the semi-final clash. The East Malaysian side had ended Selangor’s SMK Seksyen 11’s march with a 3-2 aggregate win after a 2-2 draw in the return quarter-final clash.

The other semi-finals will be between newly crowned Super League champ SMK Syed Hassan and SMK Bukit Nenas of Terengganu, both of whom were also victorious in their respective quarter-final outings. 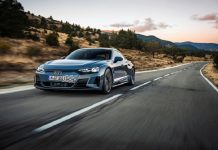