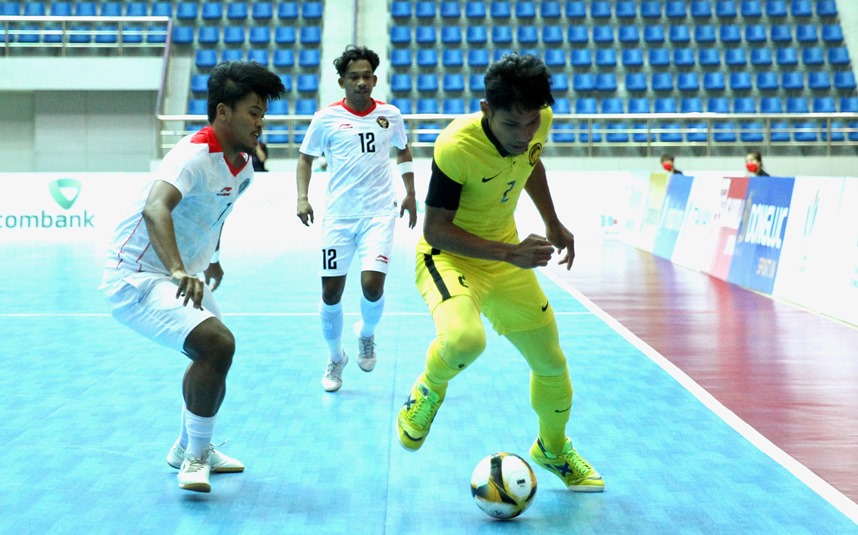 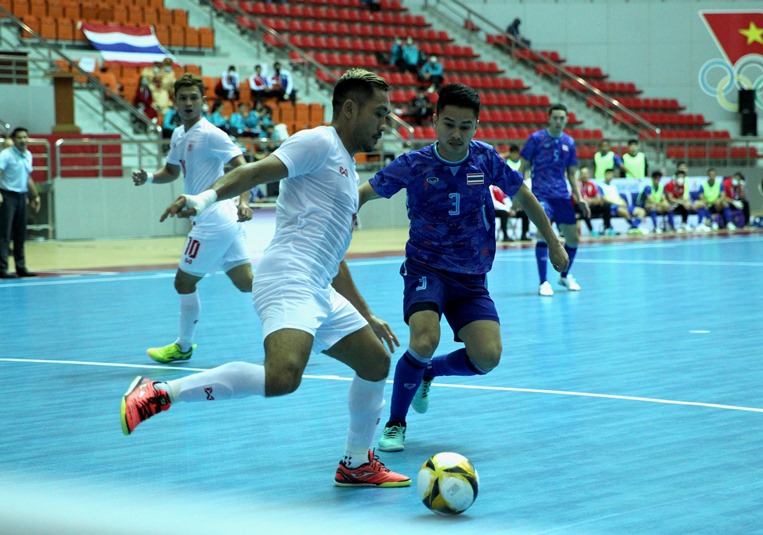 Indonesia have taken the lead in the men’s Futsal event of the 31st SEA Games heading into the final two matchdays of the competition.

In the two matches that were played earlier this afternoon at the Ha Nam Gymnasium, Indonesia whitewashed Malaysia 3-0 as Thailand were made to work hard before they were able to secure a 2-1 win over Myanmar.

The Malaysians held out for long periods before Indonesia carved out the lead in the 17th minute through Syauqi Saud to be followed by a double from Holypaul Soumilena (21st and 22nd) for the comprehensive victory.

In the meantime, Myanmar certainly did not make it easy for defending champions Thailand in the second game of the day.

But as it turned out, the two first-half strikes from Panut Kittipanuwong (3rd) and captain Kritsada Wongkaeo (13th) turned out to be Thailand’s advantage.

And while Myanmar managed to close the gap off Thyne Phwet Aung in the 14th minute, neither team was able to add to the scoreline in the second half as Thailand walked away winners and their spot on second in the standings currently.