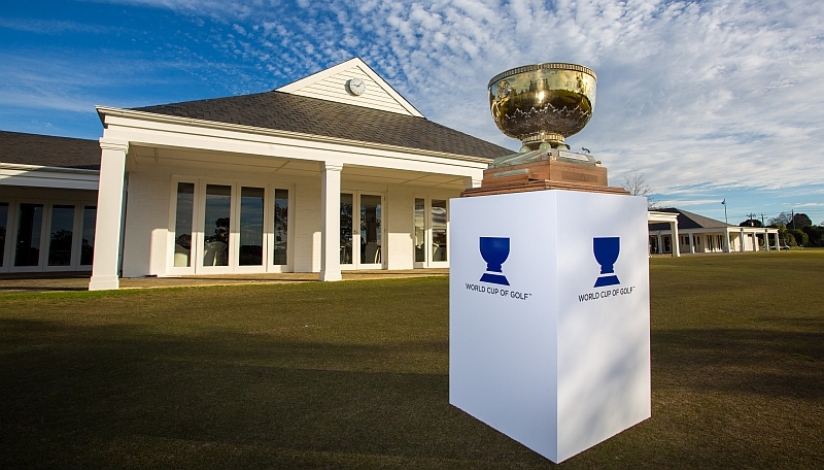 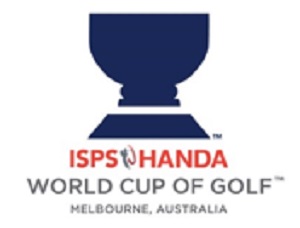 The International Federation of PGA Tours announced today that the International Sports Promotion Society (ISPS HANDA) founded by Japanese businessman and philanthropist Dr. Haruhisa Handa, has agreed to sponsor the upcoming World Cup of Golf at Kingston Heath Golf Club in Melbourne, scheduled for November 23-27. ISPS HANDA also sponsored the last World Cup when it was staged at nearby Royal Melbourne Golf Club in 2013.

“ISPS is very pleased to once again sponsor this important international team event,” said Dr. Handa, who serves as the organisation’s chairman. “The World Cup of Golf has such a rich history and ISPS has been supporting golf on a global basis for a number of years. At ISPS, we strongly believe in the ‘power of sport’ and its ability to break down barriers, create hope and inspire people around the world. We consider The ISPS HANDA World Cup of Golf to be an ideal platform and partnership where we are able to activate the vision we share with all those involved. We had a wonderful experience in Melbourne in 2013 and look forward to another great event at Kingston Heath.”

Established in 2006, ISPS HANDA is widely recognized for its global efforts to promote blind and disabled golf. It also has been sponsoring amateur and professional tournaments worldwide, as well as a stable of professional golf ambassadors. Dr. Handa created the Japanese Blind Golf Association in 1988 and was the driving force behind the formation of the International Blind Golf Association (IBGA) in 1998. The IBGA was established to coordinate the efforts of blind golf associations around the world and now is the governing and sanctioning body for international blind golf events.

Speaking on behalf of the International Federation of PGA Tours, PGA TOUR Commissioner Tim Finchem said, “We are delighted to welcome ISPS HANDA back as the title sponsor of the ISPS HANDA World Cup of Golf and greatly appreciate Dr. Handa’s continued support not only of this event, but golf around the world. ISPS HANDA does wonderful charitable work around the world, so it aligns well with a tournament that has brought together many of the sport’s best international players since 1953.”

The 2016 ISPS HANDA World Cup of Golf returns to a 72-hole, stroke play, two-man team event format.  The first and third days of competition will be the foursomes (alternate shot) format and the second and final days are fourball (best ball) play.

This will mark the fifth time in the tournament’s history that it will be played in Australia and the first at any course other than Royal Melbourne. Melbourne is renowned for its outstanding collection of “sand belt” golf courses and Kingston is one of the very best. It has hosted the Australian Open seven times and the Australian Masters twice.

The tournament was founded by the International Golf Association (IGA) in association with industrialist John Jay Hopkins for the purpose of promoting international goodwill through golf. It began in 1953 as the Canada Cup, and was renamed the World Cup in 1967. The IGA continues to have a prominent role with the ISPS World Cup of Golf.

“The International Golf Association shares the excitement expressed by the International Federation of PGA Tours regarding ISPS sponsorship of this year’s World Cup of Golf,” said John Linen, Chairman of the Board of the IGA. “Dr. Handa’s belief in the power of sport to assist in the achievement of better relations among all the nations of the world is identical to the motivation of IGA’s founder, John J. Hopkins, who expressed the same sentiment when launching the World Cup of Golf event in Canada in 1953.”

The 2016 World Cup will be the 58th staging of this event. The Australian team of Jason Day and Adam Scott won in 2013.

The ISPS HANDA World Cup of Golf web-site is http://www.pgatour.com/tournaments/world-cup-of-golf/field.html

the International Sports Promotion Society is a charitable organization that promotes sports, such as golf, polo and rowing, in a belief that sports and sporting platforms can help achieve world peace. It also supports blind golf as its founder and chairman Haruhisa Handa, dubbed the father of blind golf in Japan, is the first person in Japan to establish a blind golf club, which is now called the Japan Blind Golf Association.

Dr Handa also serves as founder and chairman of the International Foundation for Arts and Culture, or IFAC, a nonprofit organization established to promote social welfare activities through music and art events. IFAC is title sponsor to the Handa Opera on Sydney Harbour, one of the most celebrated events in the arts calendar in Australia and internationally, which takes place between the end of March and the end of April every year.