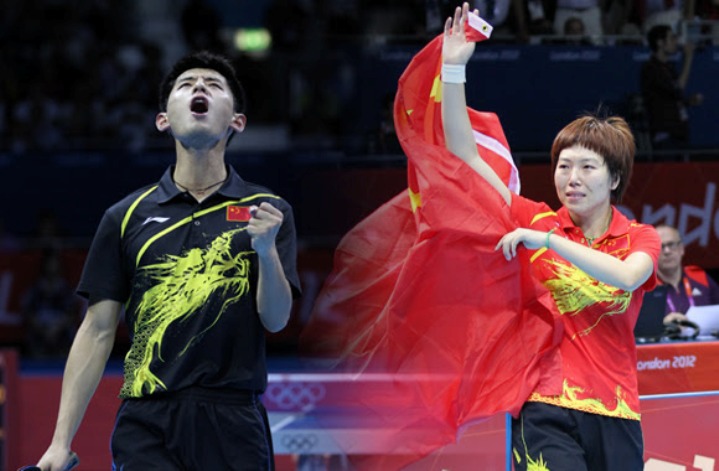 With nearly a year long qualifications to determine the world’s best table tennis players to compete at the Rio 2016 Olympic Games, the International Table Tennis Federation (ITTF) is pleased to announced the full list of qualifiers heading for Rio de Janeiro to compete at the Olympic table tennis event that will be held from 6-17 August 2016.

The Olympic table tennis event at Rio 2016 will be one to be highly anticipated for as reigning Olympic Champions ZHANG Jike (CHN) and LI Xiaoxia (CHN) will be looking to defend their titles. The duo will have to fight off top team mates and current World Champions MA Long (CHN) and DING Ning (CHN) amongst other strong contenders, on their quest to defend their singles gold.

ZHANG, who will be fighting for a second Olympic title to complete his second Grand Slam, shared “There’s more motivation and pressure on me given this opportunity to defend my title and fight for a second grand slam in Rio. The Olympic Games is surely not just a contest of skills, there’s much more to it to claim the title! In the lead up, I will be making use of every minute before the Games getting myself fully prepared.”

Despite ranking first in the world, 2015 ITTF female table tennis star LIU Shiwen (CHN) will miss out playing singles in Rio and will have to settle playing in the team event. The men’s world number two and three, FAN Zhendong (CHN) and XU Xin (CHN), will too miss the opportunity fighting for single glory, after the Chinese National Olympic Committee confirms world number four ZHANG’s second Olympic singles appearance.

History will also be made at the Olympic table tennis event with two Paralympians competing, showing the world that impossible is nothing. Three time Paralympic Champion Natalia PARTYKA (POL) will be playing in her third consecutive Olympic Games in Rio, and she will be joined by Australia’s Melissa TAPPER. The 26-year-old TAPPER will become the first ever athlete to represent Australia in both the Olympic and Paralympic Games.

The English team of Liam PITCHFORD, Paul DRINKHALL and Samuel WALKER who made it to the semifinals at the 2016 World Team Table Tennis Championships found themselves rewarded for their amazing run in Kuala Lumpur, as they confirm their entries to represent Great Britain for the Games. PITCHFORD and DRINKHALL booked their golden tickets to Rio through the ITTF’s 22 world ranking places, while WALKER will be playing in the teams. The trio will be looking to create more upsets like they did at the World Championships.

Nigeria’s Segun TORIOLA will play his seventh Olympic Games after qualifying through the 2016 ITTF-Africa Olympic Qualification Tournament, leveling the record set by Olympic legends Jorgen PERSSON (SWE), Jean-Michel SAIVE (BEL) and Zoran PRIMORAC (CRO). TORIOLA’s appearance in Rio will also be the most by an African in any sport, writing himself into African sporting history.

Rio 2016 will also see the making of few of the youngest table tennis Olympians. Host country’s Bruna TAKAHASHI (BRA) will be youngest addition to the Brazilian Olympic table tennis team at 15 years of age. 15-year-olds Adriana DIAZ (PUR) and Sally YEE (FIJ) made their qualifications for the singles event as the first Puerto Rican and Fijian to ever play in the Olympic table tennis event.

The Olympic table tennis event will take place from 6-17 August 2016 at RioCentro Pavilion 3. There will be four gold medals to be handed out: men’s singles, women’s singles, men’s team and women’s team. The singles event will be contested by 64 men and women, while the best 16 teams on earth will battle to be crowned Olympic Team Champion.