Home 2022 Iwata and Onishi Diamond’s on day one 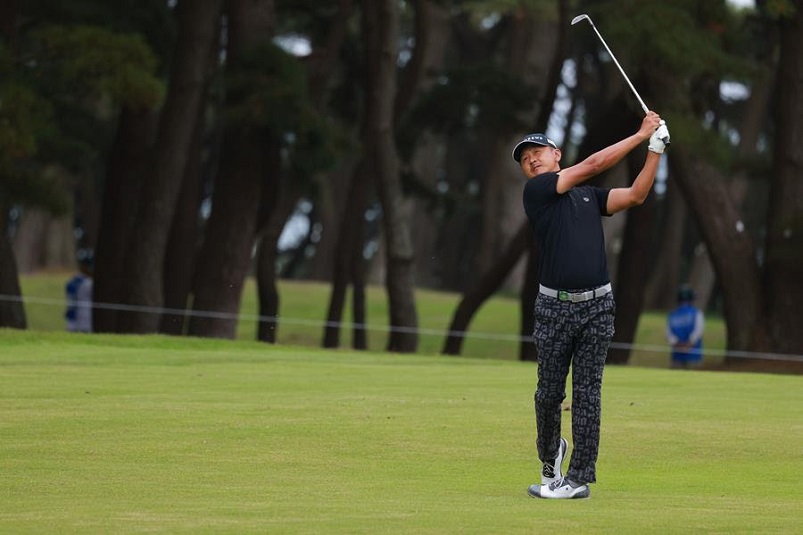 American Berry Henson, Todd Sinnott from Australia and Japan’s Shugo Imahira returned 66s – in what is the first Asian Tour event to be played in Japan since September of 2019, due to the COVID-19 pandemic.

Both Iwata, a three-time winner on the Japan Golf Tour Organisation (JGTO), and Onishi, a professional since last year looking for his first victory, traded seven birdies against two bogeys.

This week’s tournament, which is jointly sanctioned with the JGTO, gives the winner an exemption into The Open at St. Andrews in July which is a major attraction for Iwata.

“This is the first time I have wanted to play in the UK so much as it’s the 150th staging of The Open!” said Iwata.

“This is a great opportunity. I played well today, felt the course is a bit shorter compared with when we played it a few years ago. Tee shots are key and today I put them all in the fairway.”

The 42 year old has been enjoying a return to form of late having won The Crowns tournament a year ago, which was his first JGTO victory in six years, and he finished third in that same event at the start of the month.

Onishi is just 23 years old and played on the Abema Tour last year, which is Japan’s feeder tour, and has already made an impression on the JGTO this season after securing fourth in the ISPS HANDA Championship in Japan last month.

“Putting has been great for the past two weeks and it was today. Just need to straighten out my tee shots,” said Onishi, who is playing Oarai for the first time.

“Japan has its own style of golf. Every time I come here, I have to adapt, I have to change, and I have to learn how to play this style,” said Henson.

“I’ve played here now for 10 years. This year I came thinking I need to play more aggressively as that’s what I see the top players do. Even if it’s a difficult shot, they play so aggressively. I did that today and it worked out.”

The Open is also something that is on the 42 year old’s radar.

Henson is looking to secure his second win on the Asian Tour as is Sinnott.

“It was a good round. I really enjoyed playing with Ben (Campbell). Had some good chat out there. I really enjoyed the round and I like the golf course. My putting was pretty solid. I hit it decent the first 14 holes. Didn’t hit it great on the last few. I struggled a bit there but was still able to hole some nice par putts,” said Sinnott, who claimed the TPS Victoria in February for his first success on the PGA Tour of Australasia.

“It’s my first time playing this course. It’s hard. We were lucky because there wasn’t much wind this morning. When the wind or rain gets up, it can play very tough out there.”

Thailand’s Sadom Kaewkanjana, buoyed this week by receiving an invite to next week’s PGA Championship, came in with a 69.

Two players made aces on par threes today: Thailand’s Suradit Yongcharoenchai holed his nine iron on the fourth while Japan’s Naoyuki Kataoka found the cup with his eight iron on 14. They both won JPY300,000 (approx. US$2,330).

Scores after round 1 of the Asia Pacific Open Golf Championship Diamond Cup being played at the par 70, 7163 Yards Oarai GC course (am – denotes amateur):