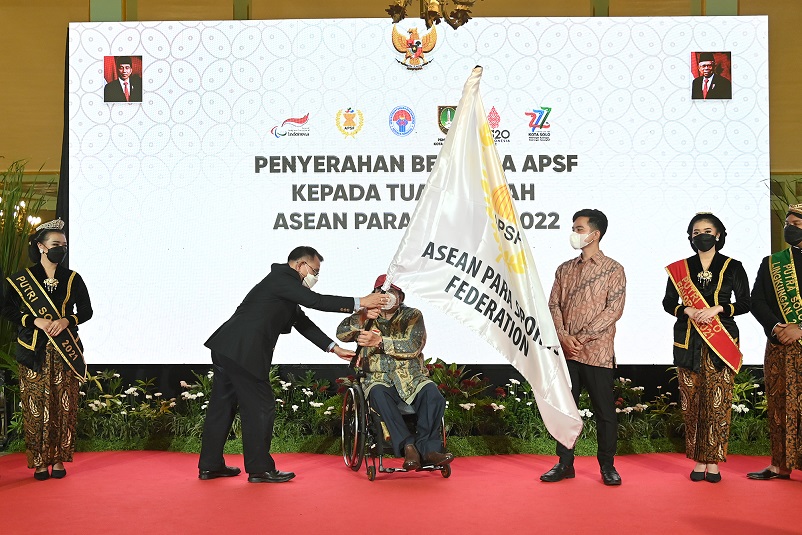 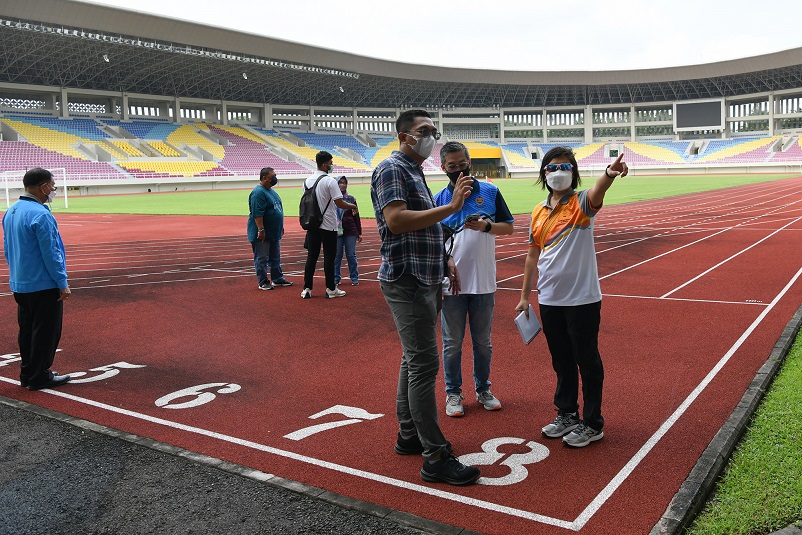 THE ASEAN Para Sports Federation (APSF) flag was handed over to Solo City on Monday night at the historical Mangkunegaran Palace, marking the official handover of the 11th ASEAN Para Games (APG) 2022 to the city which is hosting the Games for the second time after 10 years.

The biennial Games, the most prestigious sporting affair for Para athletes from 11 countries in the Southeast Asia region,  takes place in the city of Solo and its vicinity, from July 30 to August 6.

In a colourful ceremony steeped in Javanese tradition, culture and atmosphere, APSF president Major General Osoth Bhavilai handed over the flag to National Paralympic Committee (NPC) Indonesia President Senny Marbun, who then passed the flag to the Mayor of Solo, Gibran Rakabuming Raka.

The official handing over of the Games flag last took place during the closing ceremony of the Kuala Lumpur 2017 Games, when it was passed to the 2019 host city, Manila. However, the staging of the Games suffered setbacks when the Manila Games as well as the 11th ASEAN Para Games 2021 in Hanoi were cancelled due to the rising Covid-19 pandemic.

Speaking at the Games’ first physical event in Solo, Major General Osoth stressed the need for all parties to work closely to ensure the Games are delivered smoothly despite the challenging Covid situation.

“Following numerous meetings and discussions, mostly done virtually over the last few months, APSF, NPC and LOC finally agreed on how best to deliver the Games. The Games is now less than 80 days away and with 14 sports listed, we need to work together and step up preparation efforts,” said Maj Gen Osoth.

“The next two months are crucial, but I have full confidence that Solo will be able to deliver a memorable Games. I wish everyone all the best in the coming weeks and months ahead,” he added. 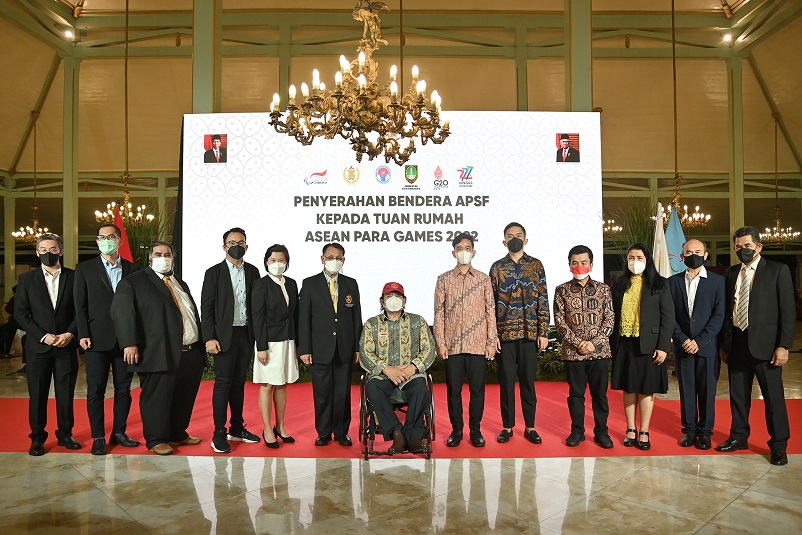 Mr Gibran, in his speech, expressed gratitude to APSF for its continuous support and assistance in providing valuable inputs, especially in the preparation of competition venues and sports.

“Solo is ready to receive participants, athletes, officials and guests and we will do our utmost best to deliver a successful Games,” he said.

The APSF Project Review team led by Senior Colonel Wandee Tosuwan, has also finalised a Memorandum of Understanding (MoU) which will be officially signed between APSF and the Local Organising Committee in the coming weeks.

“The official signing of the MoU will be done once the Presidential Decree from the Indonesian President is received in the coming weeks. Both APSF and NPC as well as legal representatives from the Local Organising Committee have reached a consensus in various functional areas such as operation, venues, medical and anti-doping, classification, accreditation, accommodation, food and beverage, transportation, Information Technology, marketing, media, and broadcasting,” said Senior. Col Wandee.

The APSF team conducted inspections on all 14 competition venues in and around Solo over the last three days. Fourteen sports will be contested with more than 1,600 athletes and approximately 600 officials from all 11 countries expected to be in the city in July.

The findings and recommendations were presented during the Coordination Committee (CoComm) meeting at Alila Hotel here, also attended by NPC Indonesia representatives which was led by President Senny Marbun, Secretary-General Rima Ferdianto as well as representatives from various departments of the Local Organising Committee.

In a press conference after the CoComm meeting, APSF President Major General Osoth expressed satisfaction over the progress of Games preparation but stressed that several sports venues including swimming require immediate upgrades and extra attention.

“Venues like badminton and a few others are excellent, but several competition venues including swimming needed immediate attention as there was not much progress. However, we have full confidence in the organisers’ capabilities to have the venues ready in time… athletes are looking forward to being in Solo in July and August,”  said Maj Gen Osoth.

NPC President Senny Marbun said since the cancellation of the Manila Games in 2020 and Vietnam in 2021, athletes have been left without top-notch Games and yearning for competitive action.

Attention will now be on the Solo Games as it is the only major regional para tournament this year…so be prepared for an exciting Games in Solo,” said Senny.