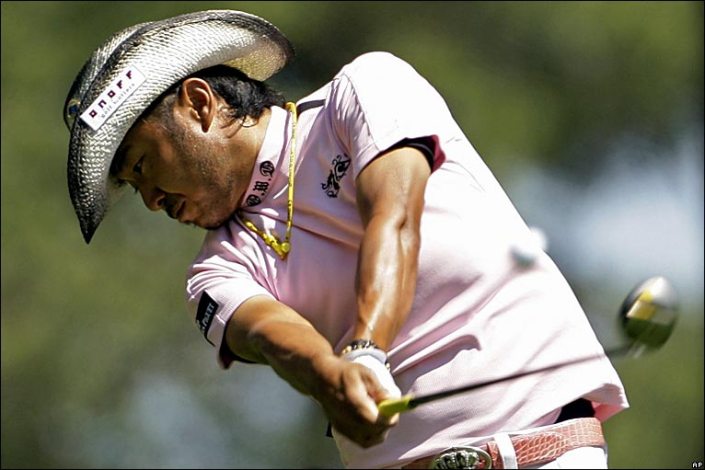 Multiple winner Shingo Katayama and Kim Kyung-tae, who triumphed five times during an extraordinary 2015 season, will lead a power-packed contingent from the Japan Tour into next week’s SMBC Singapore Open.

Katayama and Kim, world ranked 58th and 59th respectively, will be joined by 12 other champions from the 2015 season, including Japan Open titleholder Satoshi Kodaira.

They will pose a serious threat to world number one Jordan Spieth of the United States, fellow Major men Darren Clarke and Y. E. Yang, in-form Welshman Jamie Donaldson and the best of the Asian Tour in the SMBC Singapore Open from January 28-31.

The iconic Singapore Open is being co-sanctioned by the Japan Golf Tour Organisation (JGTO) for the first time and their top players are keen to put on a show at Sentosa Golf Club.

The colourful Katayama has won 29 times on the JGTO, including the Taiheiyo Masters last year, topped the moneylist on five occasions and earned more than US$17 million in prize money.

Katayama will turn 43 on the final day of the SMBC Singapore Open and what better way to celebrate than with victory number 30.

The Japanese player has said that his form is still improving and that he “would like to win 35 times in total by the time I am 45.”

Korea’s Kim, a former top-20 player, has rediscovered the midas touch since his success at the Thailand Open in June.

On Sunday, he claimed the scalp of world number 33 Bernd Wiesberger in the EurAsia Cup clash between Asia and Europe, winning their singles match 3&2 in Kuala Lumpur.

Kim reached a career high of 18th on the rankings in 2011 but swing changes, aimed at generating more length for a campaign on the PGA Tour, resulted in a lean period during which his world standing plummeted.

“Last year I asked my (senior) coach to help me and he reminded me of the swing I had last time. Now I have a good mental image of my swing – so that is why I am doing well,” explained Kim.

Kodaira’s victory in the Japan Open was his third on the JGTO and the 26 year old said that he was pleased to get the chance to add to his tally at the SMBC Singapore Open.

“I am very happy to see that the Singapore Open is going to be co-sanctioned by the JGTO and the Asian Tour. It is a big tournament and I am looking forward to playing,” he said.

“The highlight for me in 2015 was winning the Japan Open – I kept my focus well that week. In preparation for the new season I have been working on my putting.”