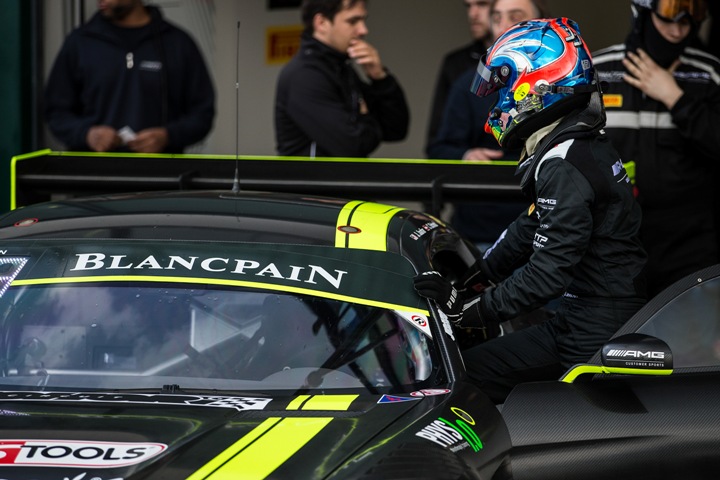 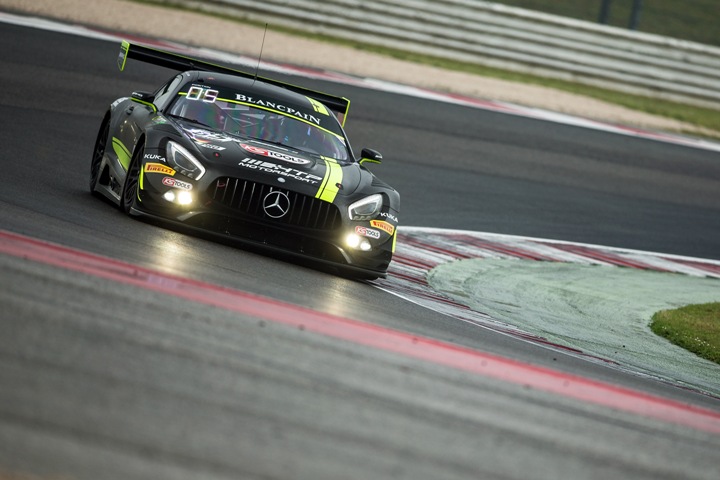 Malaysian driver, Jazeman Jaafar, put in a strong performance at the opening round of the Blancpain Sprint Series held at Misano circuit in Rimini, Italy this weekend. Driving the an HTP Motorsport Mercedes AMG GT3 race car with Clemens Schmid in the five round championship, Jazeman made his debut in this prestigious sportscar racing series.
After an excellent start to the weekend, an engine failure in qualifying left Jazeman unable to take the start for the qualifying race and having to start the main race from the pit lane, at the back of the field of 38 cars. A storming drive from both drivers resulted in a 19th place finish at the end of the one-hour race, an impressive effort in difficult conditions.
The weekend began for Jazeman on Friday with the first two practice sessions. The first session, with forty minutes track time was Jazeman’s first chance to evaluate the car set up for the qualifying and racing ahead. With a grid of 39 cars, no only was he mastering the track, but also having to jostle with other cars in a busy session. By the end of the practice period Jazeman had posted eighth quickest lap, the second fastest Mercedes AMG GT3.
The second practice session ran later in the evening and with wet weather, producing tricky track conditions. Unfortunately the session was cut short after an accident for a rival car, with Jazeman and Clemens No.85 car having posted third quickest lap, another excellent effort from the duo.
With confidence running high for qualifying, Clemens was soon on track, along with most of the 39 cars, all vying to set their fastest lap time. With combined times from the top 20 cars securing a place in the final shoot out, time was of the essence. After a strong session from Clemens posting 12th quickest lap, Jazeman took to the circuit for the second qualifying. He posted 18th quickest lap, but was then forced to pull off track with an engine issue. The No.85 car was unable to compete in the final shoot out, despite having qualified for it. With the qualifying race just a few hours later, the team were forced to sit on the sidelines, while the HTP Motorsport crew changed the engine. 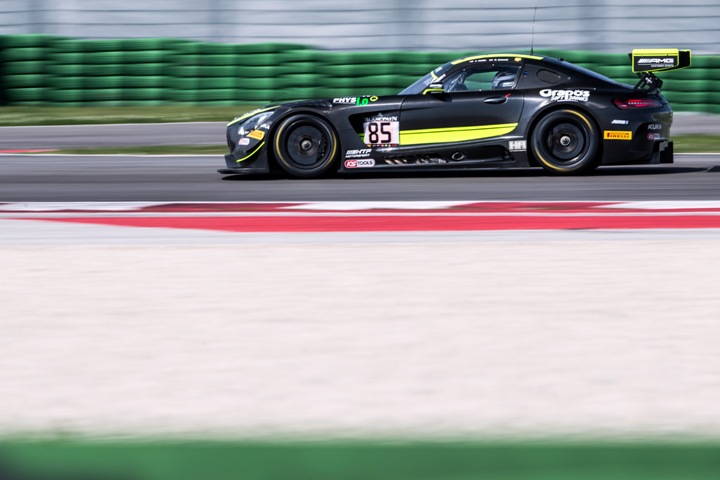 Hard work from the HTP Motorsport team ensured that Jazeman and Clemens could take to the track for morning warm up the next day, with 14th fastest lap time showing that they would have a competitive pace for the race. The race itself proved to be full of battles, with both Jazeman and Clemens steadily moving through the field to secure a 19th place finish, after starting from the pitlane behind all 38 cars.
Jazeman said of the weekend, “That was a real mix of highs and lows for my first round of the Blancpain Sprint Series. We had a really good start to the weekend, with the car running really well and we were just working through a programme of developing the set up for the qualifying and the race, but then everything changed and I find myself not able to take part in the qualifying race.
The HTP Motorsport guys did a great job to get us out for the main race and I was really pleased to actually be out racing. It was really tough to be at the back and having to work my way forward, but I really enjoyed the challenge of it. It’s not the start we would want for the championship but sometimes things out of your control change your fortunes. HTP Motorsport showed that it is a force to be reckoned with, after one of the sister cars, the No. 84 car, finished second on the podium and the No. 86 car was seventh”.
The next round of the Blancpain Sprint Series takes place on 7th and 8th May, with Jazeman back out racing in the opening round of the Blancpain Endurance Series on 23rd and 24th April in Monza.