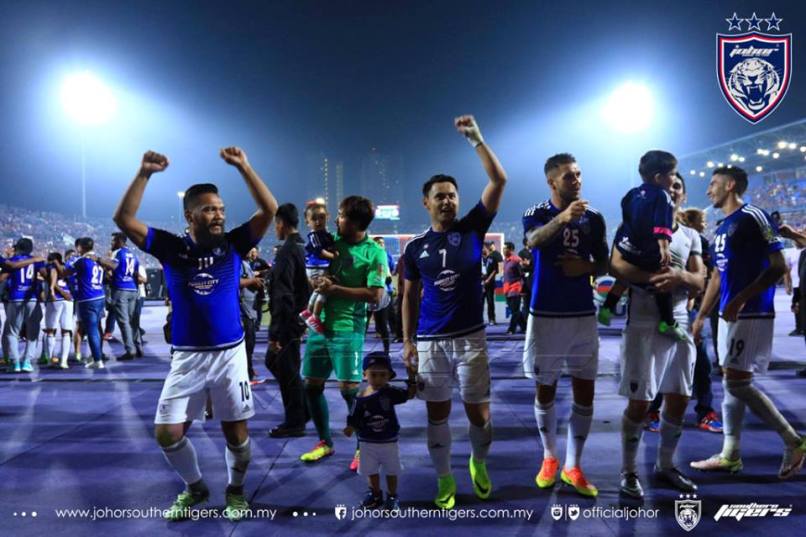 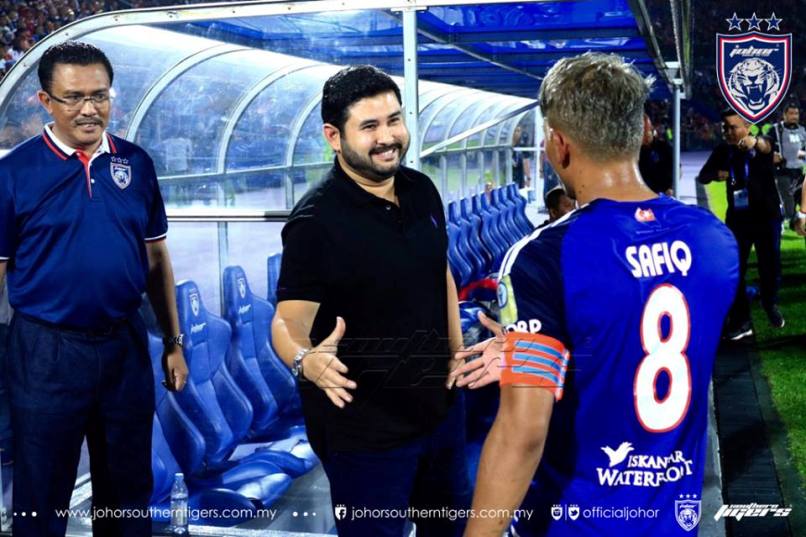 # Retain title without defeat in 20 matches

Johor Darul Takzim showed their class once again with a 3-0 whitewash of Terengganu in Friday’s only Super League match that was enough to see the Southern Tigers write another piece of Malaysian football history.

The defending champions became the first team to win the Super League title three times in a row and in style too – retaining the title without defeat in 20 matches as they notched their 15th win.

It is a remarkable achievement by JDT who also won the FA Cup earlier in the season with a 2-1 win over Selangor club PKNS FC. JDT also won the Charity Shield at the start of the season.

Friday’s win at the Larkin Stadium – the home of Southern Tigers –  gave the Johor outfit 52 points – 10 points more than their closest rivals Felda United who play T-Team away on Saturday.

Victory was never in doubt for JDT although it took them a penalty to swing the tide in their favour. This came in the 29th minute when Argentine hot-shot Jorge Pereyra Diaz converted the spot kick after S. Kunanlan was felled by Terengganu leftback Dhiyaulrahman Hasry inside the box.

And it took another penalty for JDT to increase their tally to 2-0 in the 83rd minute. This time Diaz was sent sprawling by Terengganu goalkeeper Sharbinee Allawee inside the box.

Skipper Safiq Rahim took the spot kick and Sharbinee was beaten for the second time. Three minutes later JDT added more respectability to their domination when Diaz completed his brace – squeezing between markers to put the finishing touches to a delightful flick from Azamuddin Akil and take his personal tally to 17 goals in the league.

JDT coach Mario Gomez was one happy man to see his team retain the title with two more matches to go.

The Argentine coach can now concentrate on retaining the AFC. JDT play Hong Kong’s South China in the first-leg quarter-final at the Mongkok Stadium on Tuesday.

For the record JDT are the first Malaysian team to win the Asian title after a 1-0 win over Tajikistan’s FC Istiklol in the final which was played in Dushanbe.