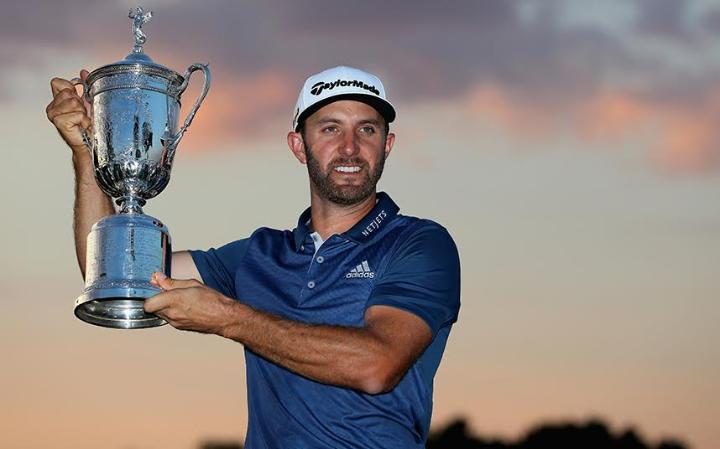 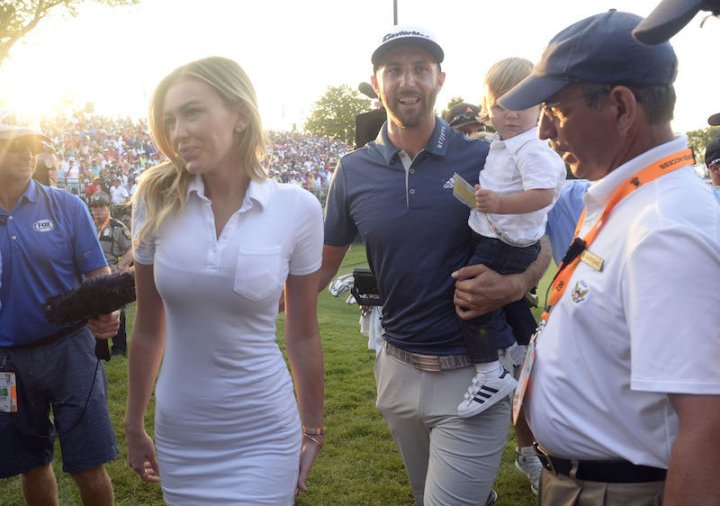 Dustin Johnson ended years of misery at the majors with a come-from-behind win in the US Open at Oakmont on Sunday, but he was given a huge fright late on over a potential rules violation.

They were the only players to finish under par. Sergio Garcia (70) and Branden Grace (71) both ended level.

The victory was sweet for a player who bore the scar tissue of multiple near misses at the majors, most notably at last year’s US Open when he three-putted the final green to hand the win to Jordan Spieth.

Johnson was the third straight first-time winner of a major tournament after Jason Day won the PGA Championship last year and Danny Willett took the Masters in April.

But it was a perplexing final few holes for him after officials informed him at the 12th that he could be penalised for a potential rules violation back on the fifth green when his ball moved slightly as he prepared to putt.

As it turned out, the last few holes went his way. He finished with a birdie at the last and his margin was such that the victory could not be overturned even if he were penalised.

The United States Golf Association then announced that the penalty stroke would be applied.

“Feels good. Feels really good. Feels well deserved. I’ve had a lot of opportunities that I didn’t quite get it done. So this one’s definitely really sweet,” Johnson said.

“It means the world. It’s Father’s Day. My birthday’s in a couple days. Couldn’t have came at a better time.”

Johnson started the last 18 holes tied for second, but he was four strokes behind Ireland’s Lowry.

But with his driving back to its best after a rocky third round, Johnson reached the turn in three-under 33.

That was enough to haul him level with Lowry, who minutes later promptly dropped another bogey at the ninth.

Johnson was back in the lead, as he had been at the halfway stage of the tournament, and from then on he looked to be in the clear before the upsetting news that he could be hit with a penalty stroke muddied the waters.

For Lowry it was a humbling experience on what was the first time the player from County Offaly in central Ireland had led a major tournament after 54 holes.

He never looked comfortable from the moment his approach to the second hole spun back off the green.

Three holes later he dropped another one after finding a bunker off the tee and suddenly all the pressure of a major tournament was weighing heavily on his burly shoulders.

The dropped shot at nine saw him surrender the lead, and although he briefly managed to draw back level with Johnson, his normally reliable putting stroke let him down badly over the last few holes.

In 115 previous editions of the US Open only two players had lost a 54-hole lead of four or more strokes.

“It’s not easy to get yourself in a position I got myself in today,” Lowry said.

“It was there for the taking and I didn’t take it. But, you know, you can only learn from your mistakes.”

Piercy, who got within one shot of Johnson’s lead before taking a bogey at the par three 16th, paid tribute to Johnson.

Pittsburgh favorite Furyk produced a late charge which fired up the local crowd, getting to two-under with a hole to play, but a wayward tee-shot at the last undid him.

“The one regret, I wish I’d have got that ball on the fairway at 18. It would have been a little more exciting,” said Furyk, who tied for second the last time the US Open was held at Oakmont in 2007.

World number one Jason Day never really put himself in contention after a bogey start and he came in with a 71 to finish at two over.

“I played some good golf out there the last three rounds, and very happy with how I played. Not so happy with the finish. Obviously, I’m here to win a tournament and, unfortunately, I didn’t win,” he said.

Defending champion Jordan Spieth, hoping to bounce back at the second major of the year after an astonishing back-nine collapse cost him the title at the Masters in April, never fully fired at Oakmont and he limped off at nine-over after a closing 75. – Agence France-Presse