Home 2018 Jones and Schmidt travel from classroom to Twickenham 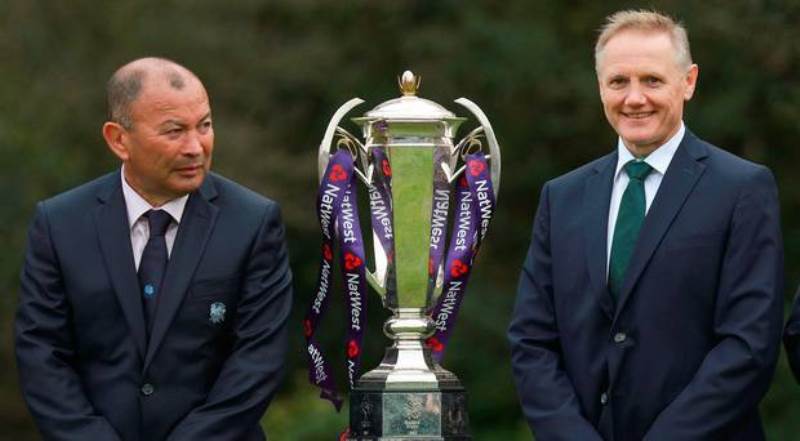 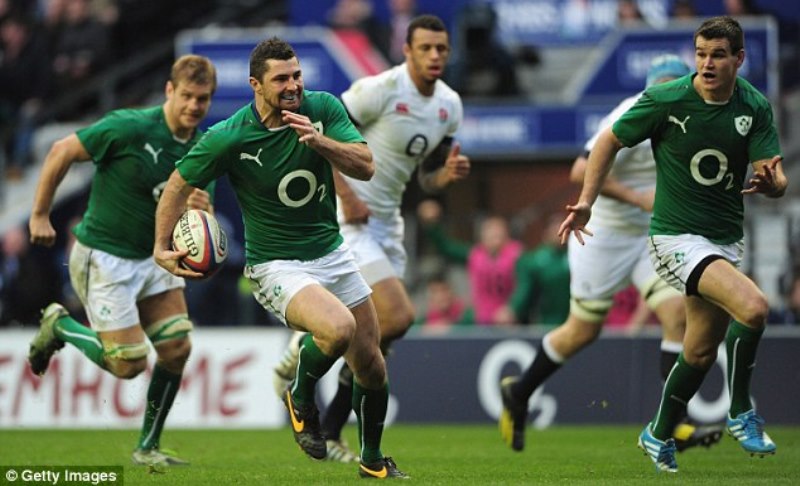 Eddie Jones and Joe Schmidt may seem as if they come from opposite ends of the coaching spectrum but the pair have more in common than meets the eye as they prepare England and Ireland for a Six Nations showdown at Twickenham on Saturday.

England boss Jones may be an outspoken Australian and Ireland counterpart Schmidt a reserved New Zealander, but the two former schoolteachers both assumed the reins of struggling outfits.

It is Schmidt who is currently riding high, with Ireland now just 80 minutes from only their third Championship Grand Slam in history.

The Irish will kick-off at Twickenham having already secured their third Six Nations title in five years under Schmidt.

He knows, however, that England will be keen to do to Ireland what the Irish did to Jones’ men in Dublin last season by denying them a clean sweep.

Jones, meanwhile, is now under scrutiny after successive losses to Scotland and France meant England had suffered back-to-back defeats for the first time since his appointment following their pool-stage exit at the 2015 World Cup.

Below AFP Sport examines some of the keys to Jones and Schmidt’s approach to rugby:

Jones has always seen himself as an outsider — his Japanese-American mother was interned during the Second World War and he was racially abused at school and later as a hooker on the rugby pitch. “Eddie got some sledging, but he was the champion at giving it back,” Glen Ella, who played alongside Jones at Sydney club Randwick, told the Daily Mail.

Jones has often been guilty of what, politely, might be called ‘loose talk’ and what those on the receiving end would regard as incendiary comments. A fresh example emerged on Wednesday when he found himself having to apologise for, among other things, labelling the Irish as “scummy” in a speech to team sponsors.

It is hard to imagine Schmidt, at 52 and six years younger than Jones, antagonising an opponent in this way.

As a work-experience teacher in Mullingar, he also coached the Irish town’s rugby team and Gerry Buckley, the school’s bursar, told The Times: “I’ve never heard a bad word about him. He’s an absolute gent.”

Australia great David Campese once dismissed Jones as a “schoolteacher coach” and similar opinions have been expressed about Schmidt.

While the two coaches are clear about who is in charge — “He (Schmidt) won’t take any bullshit,” Ireland legend Brian O’Driscoll told AFP — they are more than martinets.

Jones is perhaps more willing than Schmidt to give “mavericks”, as he termed Dylan Hartley and James Haskell a run, whereas the free-spirited Simon Zebo was not an easy fit into the current Ireland set-up.

But Wales coach Warren Gatland found himself apologising for suggesting Ireland are a limited side following his side’s 37-27 loss in Dublin. With a round left, Ireland top this season’s Six Nations try-scoring chart on 17.

O’Driscoll, who played under Schmidt for both Leinster and Ireland, labelled his old coach a “rugby anorak” but added: “Different moves are identified for different teams, it’s not a blanket.”

Jones, on becoming a coach, to the Sydney Morning Herald in 2016:

“Mate, I wasn’t a great player. I was small, slow, didn’t have many physical attributes. So I used to have to think about the game a lot; find ways to be effective and find ways to play at the highest level I could having those disadvantages. In that way, it led to thinking like a coach more than a player.”

Schmidt, on coaching, to The Irish Times in February:

“I was speaking at a UEFA conference earlier this year, and the last slide I had was ‘celebrate your victories’. That doesn’t mean going out and drinking, or anything like that, it’s just take some satisfaction out of the job. Otherwise you’re forever on your own case.” – Agence France-Presse