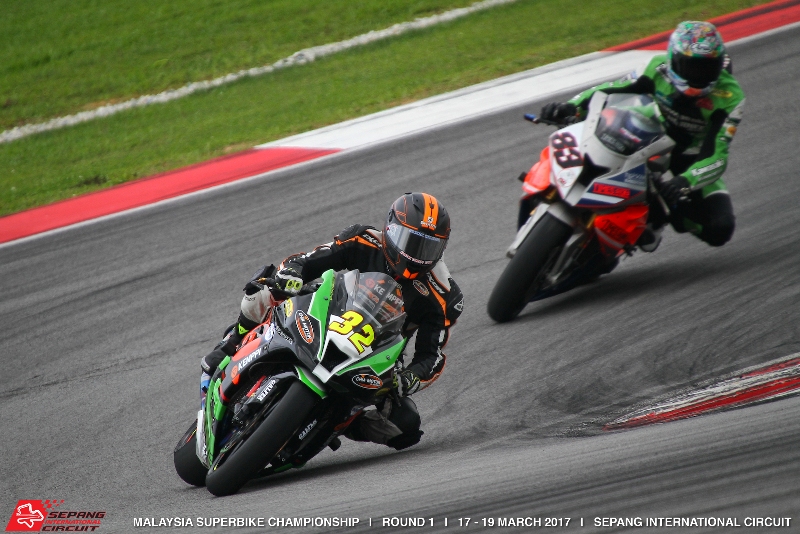 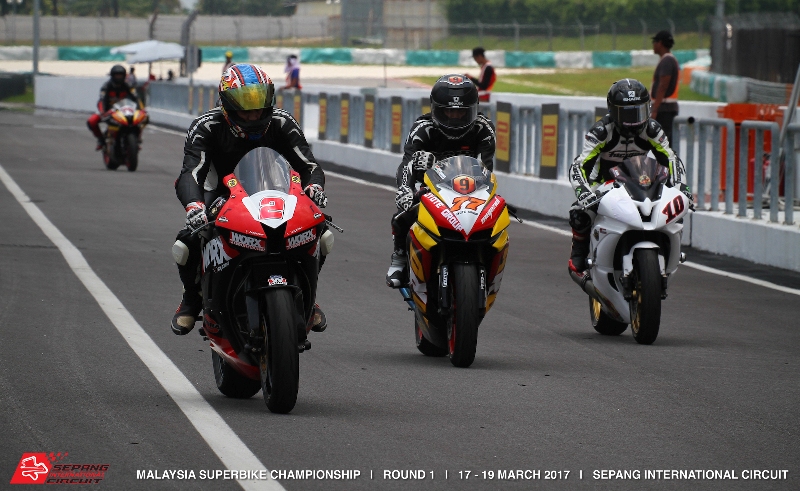 Finland’s Jouni Karhu secured pole position for tomorrow’s Race 1 for the opening round of the Malaysia Superbike Championship (MSBK), which was held for the first time around Sepang International Circuit’s (SIC) South Track.

The duo will be joined on the front row by Karhu’s team-mate and former champion Rajini Krishnan of India, who penned 1 minute 3.811 seconds on his Kawasaki ZX10R machine. Britain’s Mark Kendle was fourth in the timesheet with a time of 1 minute 4.593 seconds.

Qualifying for the Superstock Championship was topped by Switzerland’s Jonathan Serrapica, who clocked 1 minute 5.238 second to edge Malaysian Nasarudin Mat Yusop, who penned 1 minute 5.752 seconds on his BMW S1000RR machine. Another Malaysian rider, Keith Parrot was third with a best lap time of 1 minute 6.280 seconds.

The Malaysian duo will be joined on the front row by Singaporean Muhammad Aiman Nabil Shaharum, who penned a time of 1 minute 15.039 seconds on his KTM machine. The second row will be headed by Chinese Zhou Shengjunjie, who clocked the fourth fastest time at 1 minute 15.312 seconds.

The Silver Class of the KTM RC Cup was topped by Japanese Furuichi Ukyo who clocked a best lap time of 1 minute 15.797 seconds and 1.280 seconds faster than second-placed Muhammad Jazil Juraimi of Singapore. Malaysiam Shamsul Razlan Shah clocked the third fastest time for the category at 1 minute 18.705 seconds.

Under a newly-revised race schedule introduced this year, Race 1 for all classes will be run tomorrow with Race 2 to be held on Sunday.

Fans can catch all the actions for free from the Main Grandstand for both days. Alternatively, they can enjoy the actions on live streaming from SIC official Facebook and Youtube page.