Home 2020 Justin set to qualify for November playoffs of 100PLUS National Junior Ranking... 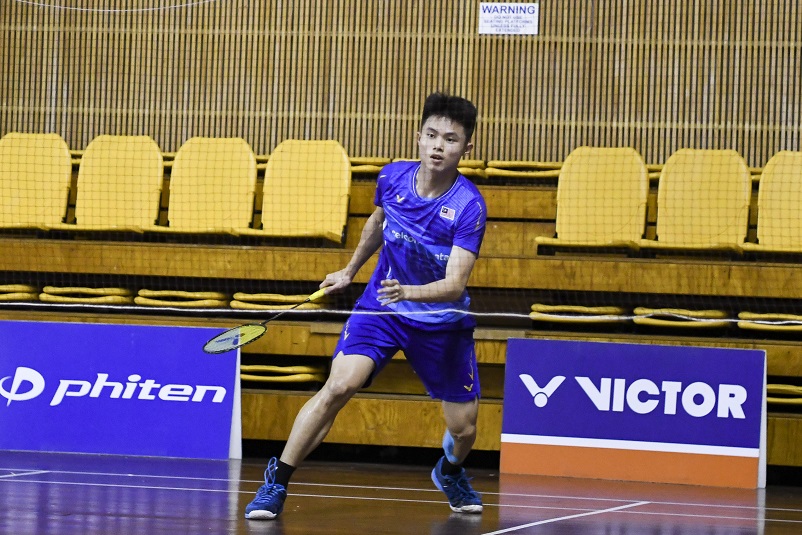 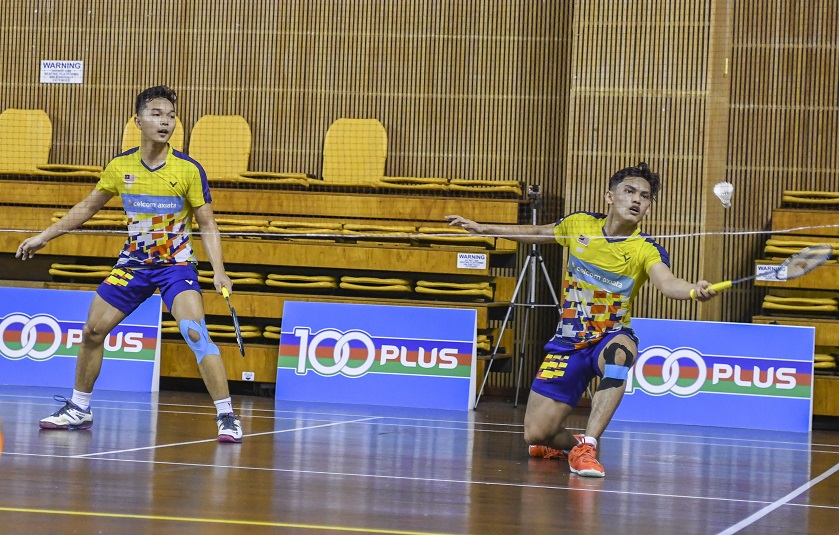 Justin Hoh is set to confirm his slot in the November playoffs of the 100PLUS National Junior Ranking Challenge 2020 after taking the co-leadership of Group A of the boys’ singles here at the Juara Stadium in Bukit Kiara.

The fourth day of the youth ranking tournament saw a handful of close competition as players jostled for positions to determine their respective rankings and be eligible to play against the national back-up players next month.

Justin – playing in Group A of the boys’ singles – will almost certainly qualify for the November playoffs alongside Jacky Kok Jing Hong after the two emerged at the top of the standings.

Justin won in straight set 21-19, 21-18 over Ong Zhen Yi for his sixth win after seven games, and where he currently shares 6 points with Jacky who also recorded a straight-set victory 21-13, 21-16 over Chia Jeng Hon. 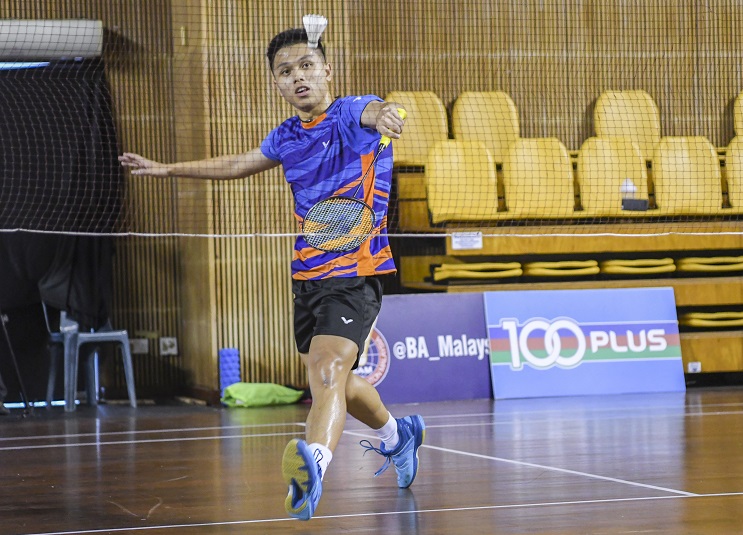 “Overall I am satisfied with the match today. The coach pointed out that I made a lot of mistakes on the first day (of competition), and the coach wanted me to be more patient if I wanted to win.

“Now I am more comfortable with the game and ready to play against the older players,” said Justin.

The top three players in Group A of the boys’ singles will get to play against the national back-up players in November. 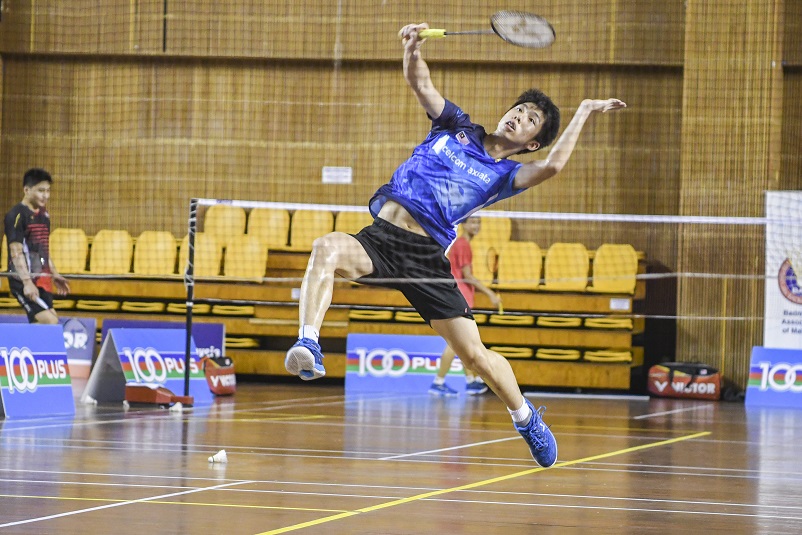 Meanwhile, Eogene Ewe Eon was in firm control of Group B of the boys’ singles after stamping his authority to pick up his seventh win in seven matches played.

Dylan Ooi Ding Sheng is currently second in Group B with 6 points.

In Group C of the boys’ singles, two players – Lok Hong Quan and Aaron Tai – are in contention for the leadership. 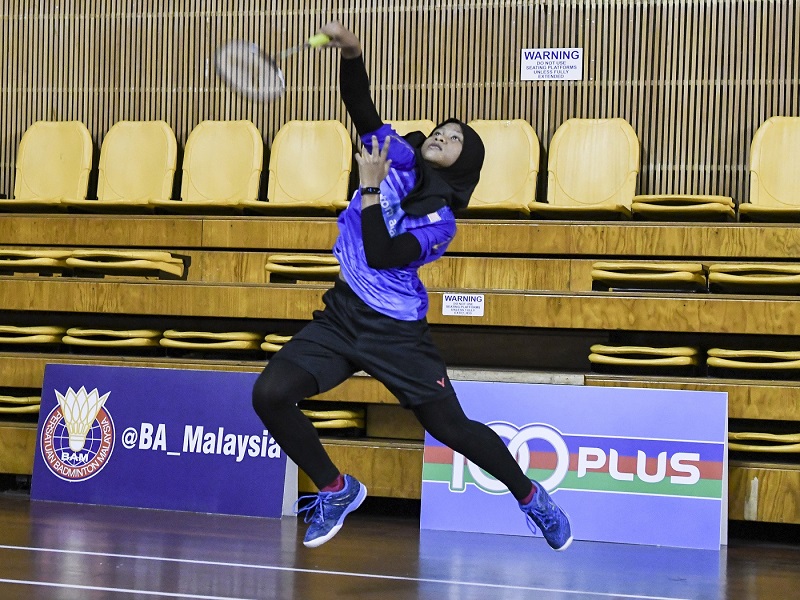 Meanwhile, Siti Nurshuhaini Azman is in the lead of Group B of the girls’ singles after winning both matches today for the full six points to confirm her slot to the next round.

“I have a lot more games ahead of me and of course, I want to do well,” said Nurshuhaini.

“I have reached about 70% in getting that ‘tournament feel’ and I hope to remain consistent in the next match.”

Joining Nurshuhaini in the next round is Zhe Wei who is currently ranked second in the group. 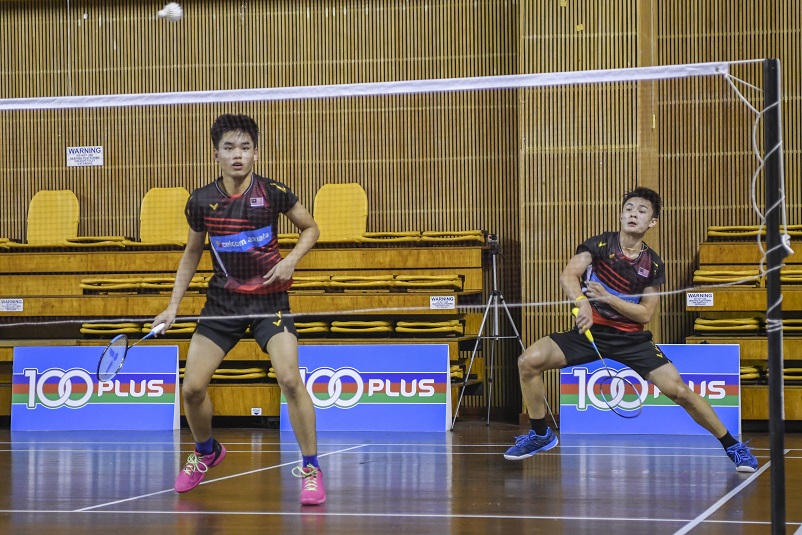 A total of 75 singles players, as well as boys’ and girls’ doubles players under the age of 18-years-old, are at camp at the Juara Stadium in Bukit Kiara from October 12 to 16 for the group stage of the 100PLUS National Junior Ranking Challenge 2020.

The playoffs have been scheduled for October 20-23 which will determine the ranking of the players in each division.

The top three boys’ singles players and the top two players in the girls’ singles category in each group will be eligible to play in the ‘playoff’ stage of the tournament.

They will also get to play against the national back up players from November 3 to 6 at the Malaysian Badminton Academy (BAM).